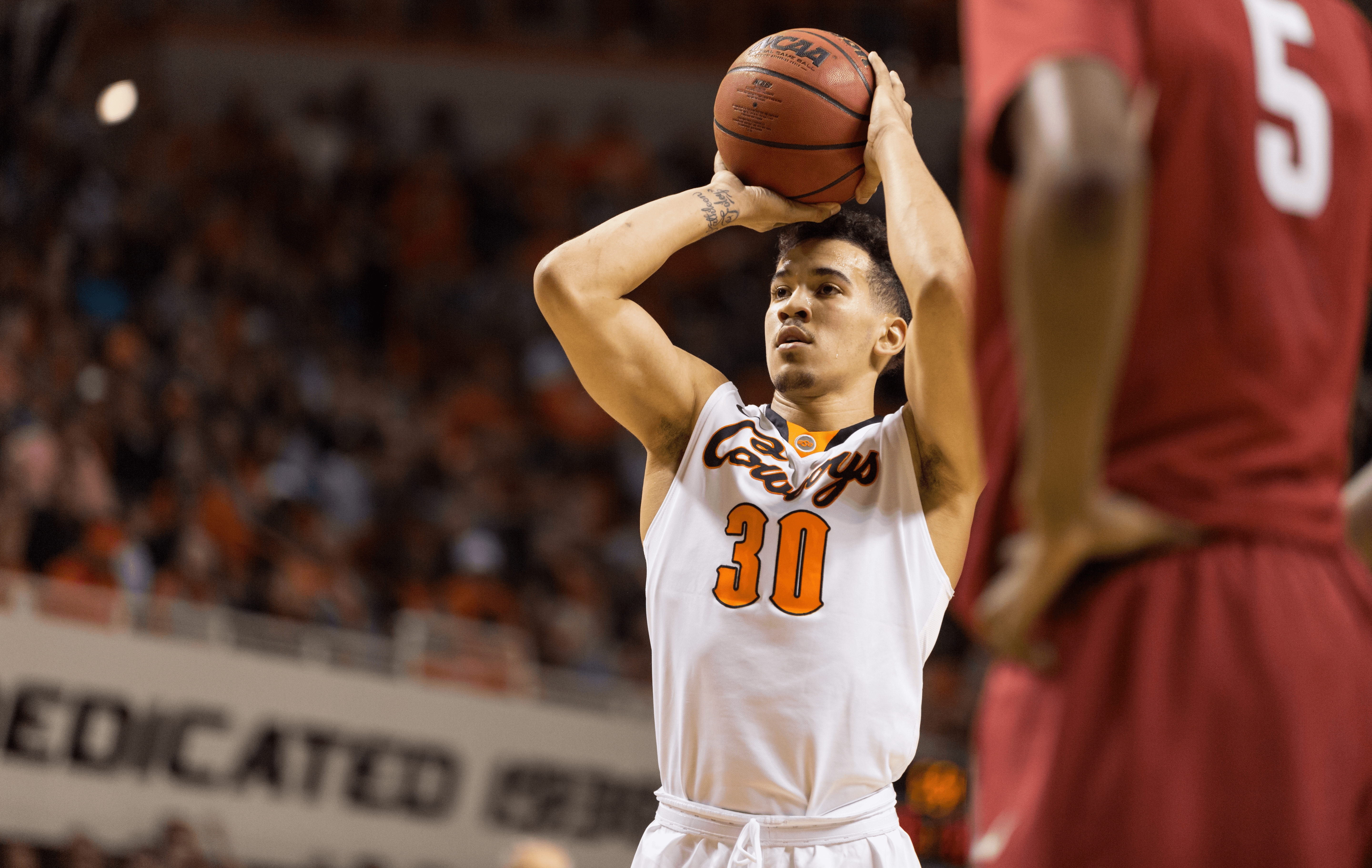 So the SEC-Big 12 Challenge went better for some than others. Gone for OU is the Wooden Player of the Year and most of his experienced peers, leaving behind point guard Jordan Woodard and some young Sooners (youngest team in the league averaging 1.08 years of experience).

The Bedlam rivals are side-by-side in the conference standings but this Sooner squad is trending in the opposite direction of the Cowboys after losing three straight. On a macro level, OU’s postseason hopes are dwindling as no NIT team finished with more than 14 losses last season (currently 12 for OU) with ten games to go.

After junior guard Jordan Woodard returned from injury against Texas Tech, the Sooners beat Tech at home and shocked the world upsetting West Virginia in Morgantown. Struggling from a lack of hustle, going up against your rival school could be a good motivator for this young team.

After taking Iowa State to the wire in Norman just seven days before, the Sooners saw their worst home loss since before the Dust Bowl (losing by 44 to Mizzou in 1922) on Saturday against No. 25 Florida. Sophomore Dante Buford sat out the game because of “alarm clock issues” and it appears he wasn’t the only one who had trouble showing up.

They struggled to get anything against the Gators, shooting 28 percent from the field (and going just one of sixteen from three) with only four assists. Getting out-hustled for 50-50 balls and losing the rebounding battle 50-39 was the nail in the coffin. The main returning piece from OU’s 2016 Final Four run, OU playing without Woodard is like Baker Mayfield playing without his ego. The team sunk when he suffered from injuries (starting 0-4 in conference play) then went ahead and won in Morgantown with him back.

He’s a pretty complete scorer (leads the team with 16.2 points per game) hitting 2.1 threes per game (seventh in the league) with an eye for the clutch (see video below). His ability to distribute stirs the offense (3.4 assists per game) and the Sooners really struggle when not getting into double-digit assist numbers (1-4).

Florida smothered him on Saturday going at him and forcing him into foul trouble (four fouls in 14 minutes played) while holding him scoreless and assist-less, something that the Pokes would be wise to watch tape on.

Doolittle, brother of recent Cowboy wide receiver Kameron Doolittle, played lights out against rival Texas last Monday, going for a career-high 29 points. The freshman big is the leading rebounder on this squad (6.4 per game) but has been rebounding very well over the past three games (averaging 11.3 per game).

A high school teammate of Woodard’s, Doolittle is being groomed to take over as one of the leaders of this team. One of the top free throw shooters in the league (79 percent), he’s developing a long ball the Cowboys should be wary of (44 percent from three).

Interesting bits on him: his dad is a high school ref, his favorite TV show is “The Office” (nice!) and his favorite movie is “Transformers 3” (woof).

The Sooners have gone down a different path than the Cowboys (Dziagwa, McGriff and Waters minutes have all gone down since the Big 12 started) and are playing their freshman more and more in league play.

Understandably in a league full of guys like Frank Mason, Monte Morris and Jawun Evans, the offense has sputtered (7th in the league with 75.8 points per game). Counting on the development of sophomore Christian James and big man Khadeem Lattin haven’t quite been there to the extent the Sooners hoped for.

With that being said, head coach Lon Kruger has done a pretty good job with the team defensively, keeping them close to the top 50 in KenPom’s defensive efficiency (59th). Lattin’s offensive game isn’t there yet (8.1 points per game) but he’s top three in the league with 2 blocks per game.

He’s a difference maker at the rim but he struggles to stay on the floor a la Mitchell Solomon (four or five fouls in nine of the last 10 games). OU will be a good challenge for the Cowboys’ potent offensive rebounding game as the Sooners come down with 71 percent of defensive boards (3rd in the league).

While the talented underclassmen bring youth and athleticism, there’s quite a few holes compared to their Big 12 brethren. Shooting (last in the league with 42 percent, 48 percent effective field goal percentage) and offensive efficiency (127th in NCAA) have been rough.

Rashard Odomes is a nice lefty slasher and Cameron McGusty is hard to stay in front of but Woodard is the only real facilitator and the Sooners are last in the league with 10.4 assists per game. It’s hard to imagine if the Cowboys losing in a shootout against this Sooner squad.