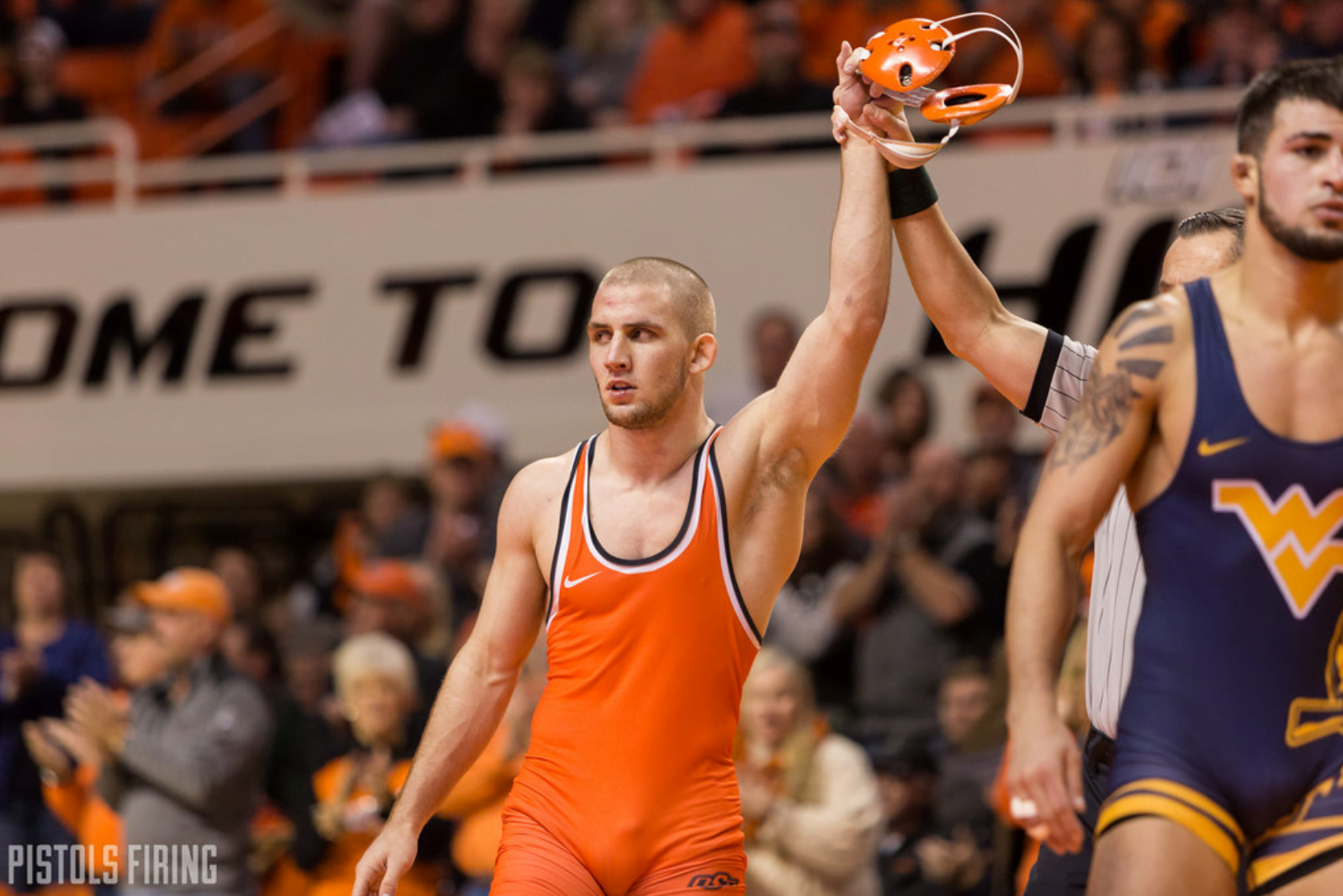 If you really want to see OSU absolutely destroy OU in something here’s your chance. They are really in a bad place currently. I wrote the other day that it would be beneficial for OSU if OU were relevant, but right now they just aren’t and it will probably be awhile before they get there.

Mr. T sums up my prediction for the dual pretty well here.

Here’s how and where you can watch the dual.

The Cowboys will be very heavy favorites in this one. I mean it sincerely when I say if OSU only wrestled their backups they might have a shot to win the dual, which is unheard of. They’re in a complete rebuild currently and with a healthy lineup of starters OSU may not lose a match. It’s senior day, so I do think you may see Hestin Lamons, who’s not a regular starter, and potentially Donald Cannon as well and they would both potentially make the individual matchups a little more interesting. But even with them in the dual OSU will still win comfortably.

There are a few matches that may have some intrigue.

Jeffries isn’t ranked currently, but has qualified for the NCAA tournament a few times and is a good wrestler. His record isn’t great this year, but that has more to do with his matchups than him regressing or wrestling poorly IMO. Boo will need a good outing to win this one.

I think Jonce wins easy here, but he’s not a real dominant guy and this is big for his NCAA resume and seed at the Big 12 tournament, so I threw it in. Thomas isn’t a terrible wrestler so it could be close.

As a whole Mejias has probably been the best wrestler on the OU team this year. He’s got some solid wins on his resume, but nothing that jumps out as being off the charts. Jacobe I would say should win here if healthy, he’s been out since the Mizzou dual though. Smith said he may go today. Lamons I think could make this interesting if he wrestles like he did last week against UNI.

They’re scrappy at 125 and 184 can always be a little interesting too, but otherwise the Cowboys will be very heavily favored in each match.

I saw this on Twitter and found it interesting. If you’ve ever seen the movie Foxcatcher with Steve Carell and Channing Tatum, the brothers in the movie, Mark and Dave Schultz, were both OU wrestlers and Dave actually wrestled for OSU before transferring there. The younger brother Mark was played by Channing Tatum. Here’s what he thinks about OU currently, he’s not happy.

If you’re into lopsided Bedlam showdowns in favor of the Pokes, Sunday might be right up your alley.