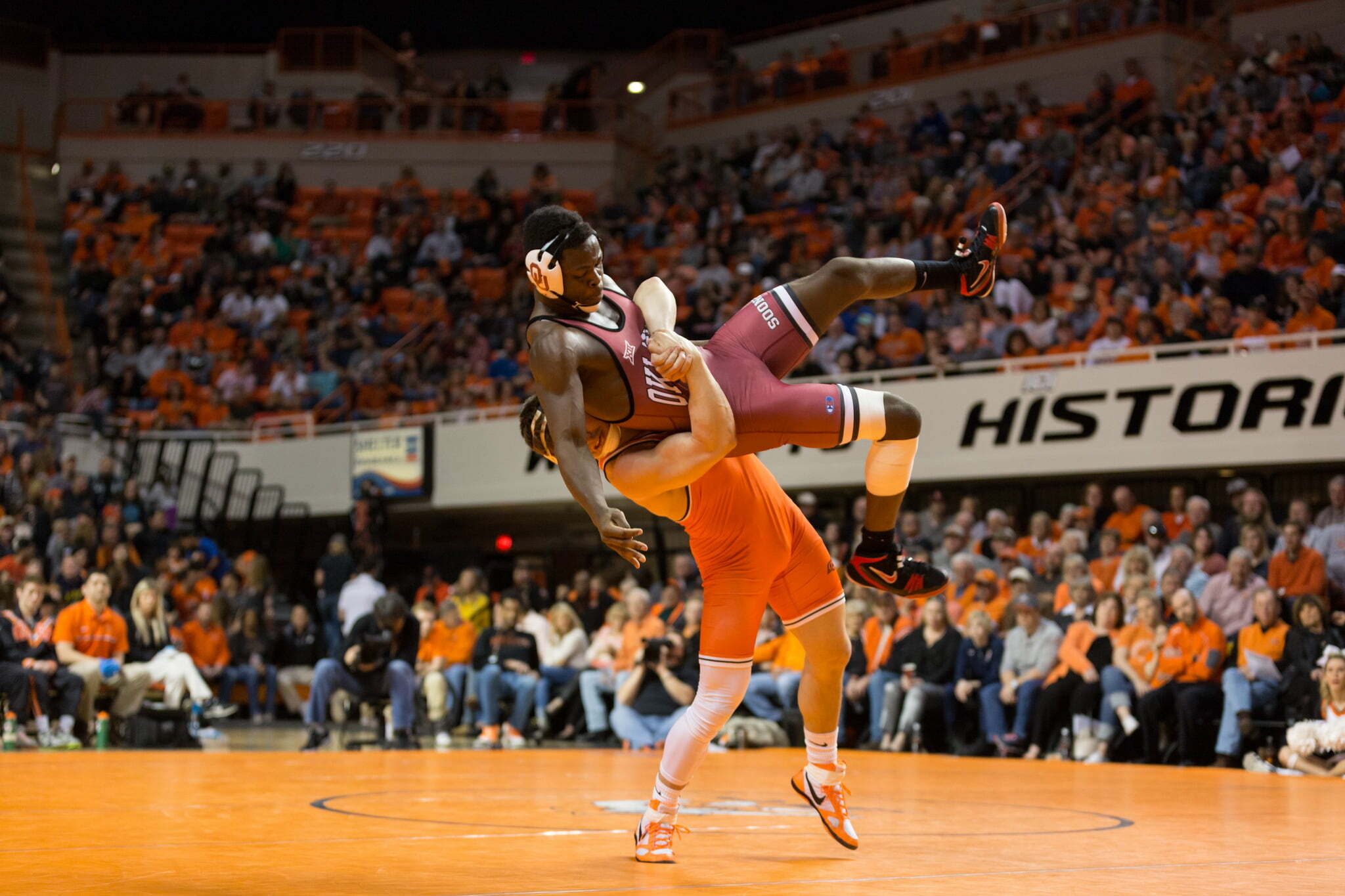 I know I will likely upset some people with this take, but hear me out before you lose faith in me on this one.

OSU takes on OU Sunday in a dual where the Cowboys should not lose a match. OSU is currently in a rebuilding year and will completely wreck OU this weekend.

OU traditionally is a great program. Their fans won’t admit it, but they have just as many NCAA titles in wrestling as they do football. They’re currently a mess though. They have very few ranked wrestlers, they dropped duals to both Wyoming and Utah Valley over the weekend, and really just aren’t where they want to be. In 2016 their head coach Mark Cody stepped down and he was replaced by Lou Roselli. They are now in a complete program rebuild. Roselli is a good coach with a great reputation. He’s got some good recruits coming in and, in my opinion, he can get them back to relevance, but it will take some time.

Here’s why you should hope that happens.

OSU is always going to have an edge on OU in wrestling and wrestling isn’t like football or basketball from the standpoint that crowds or fan and media interest will be there no matter what.

The expectation of most Oklahoma State wrestling fans is NCAA titles, not conference titles, not Bedlam wins, not any of that stuff. People want NCAA titles. The 800-pound gorilla in the room in that conversation is Penn State, Ohio State and really the Big Ten in general. This weekend the wrestling world was centered on these two programs as they met for a No. 1 vs. No. 2 match that was really incredible. People were paying more to get in to see this than they were to see Lebron James, Chris Paul, and James Harden Saturday.

Tickets for Ohio State vs. Penn State are going for more than tonight's game between the Houston Rockets and Cleveland Cavaliers. https://t.co/ThNZGttt5S

OSU wrestling needs these types of environments for their matches, they need big crowds, fan interest, big media coverage, etc. A good Bedlam rivalry can bring all of that, much more so than the current Bedlam blowouts. Right now the new entrants to the Big 12 are helping to build better story lines for Oklahoma State wrestling matches than OU or ISU. It’s great that Wyoming, South Dakota State, and Northern Iowa have built up pretty solid programs that make for decent duals, but you need your blue blood rivals, specifically OU and ISU, to be relevant to truly draw big time crowds and attention.

Now I’m not telling you to go head down to your local Walmart to snag an OU shirt fresh off the rack. Don’t go investing your time, money, or anything else into OU and definitely don’t become a fan by any means.

But as an OSU fan, should you hope that OU can at least get back to being a top 5 program, which they are traditionally? Yes, you should. Because it will do more for OSU’s bigger goals of winning national titles.