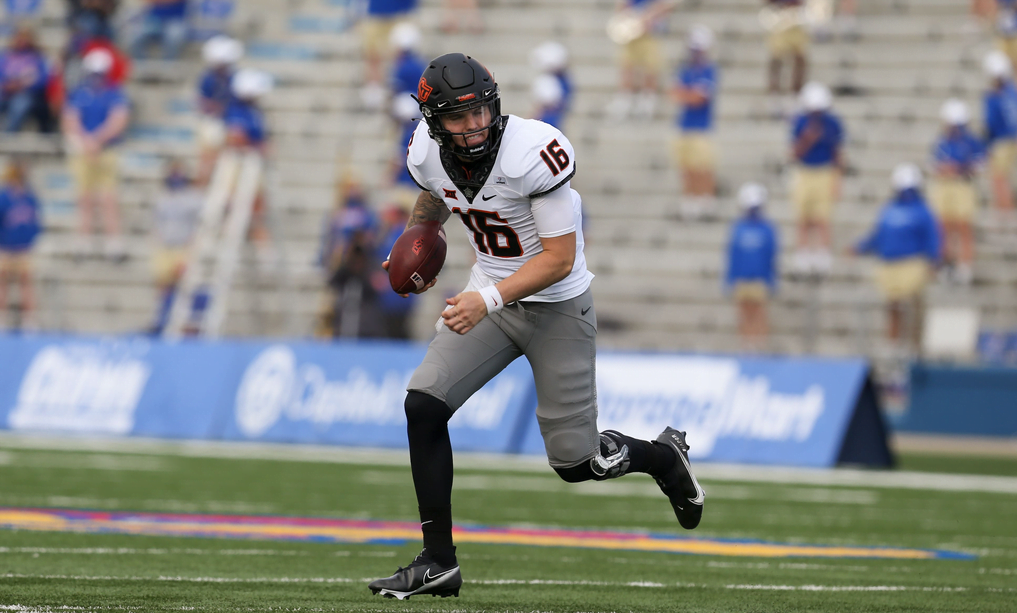 Through three games, we’ve discussed some recurring themes in this space related to the quarterback play, Chuba Hubbard, the defense and LD Brown. And because this week centered mostly on those very same topics, we’ll stick with the premise and keep it rolling.

1. Kansas was exactly what Chuba needed to get his swagger back

I addressed the LD Brown hype and the Chuba hate last week, and my conclusion was simple: Yes, LD Brown has been awesome. But Chuba is still that dude, despite some struggles early on with ball security and with the ferocity in which he was toting the mail.

Can I say I told you so?

Of course that was the case. Hubbard proved as much Saturday with a season-high 145 yards rushing on 20 carries and two touchdowns (7.2 yards per carry), besting Dezmon Jackson (91 yards on 10 carries) and LD Brown (37 yards on eight carries).

The eye test was even more convincing. The version of Chuba Hubbard we saw Saturday is the one we saw last season and hadn’t seen the first few games. The one that ran up, down and sideways over KU can win the Heisman Trophy. Maybe all he needed was a confidence-booster from our friends up North.

This is a strawman argument, I’ll admit, because I’ve seen only a few instances of people calling for Shane Illingworth to retain the starting job regardless of how healthy Spencer Sanders is.

But those few people, I’ll say, are just stirring it up.

Yes, OSU is off to a 3-0 start. Yes, Illingworth has looked fine in the process. And yes, he’s led OSU to its first top-10 ranking in several years.

But Sanders is the guy. His running adds a dynamic to this offense that’s immeasurably more important than any traits Illingworth brings to the table right now.

Illingworth will have his time to take over, but Sanders is the right guy to lead this offense. Nothing either of them have accomplished the last month should tell us any differently.

3. OSU’s defense is the best of the Gundy era

Answer: Don’t believe it (yet)

This is getting hard to ignore, isn’t it? OSU’s defense is absolutely nails this season. Just stifling opponents. Here’s what former OSU star Tatum Bell said of it this weekend:

I’m fully prepared to hop on board this train. I’ve bought my tickets, and my bags are packed. I just … can’t quite go there yet. If I wasn’t fully ready to declare it after a win over West Virginia, I dang sure ain’t about to declare it based upon a game against Kansas, which is basically just the varsity version of Bixby High School.

I’d like to go on a limb and stake my bet early one way or another here, but I promised a clear-eyed view of the weekend’s hot takes. And my position now: let’s wait a few more weeks. Baylor, Iowa State and Texas round out OSU’s October opponents, and we’ll know a lot more about this team — and about this defense — than we do right now after comfortable wins over unranked teams.