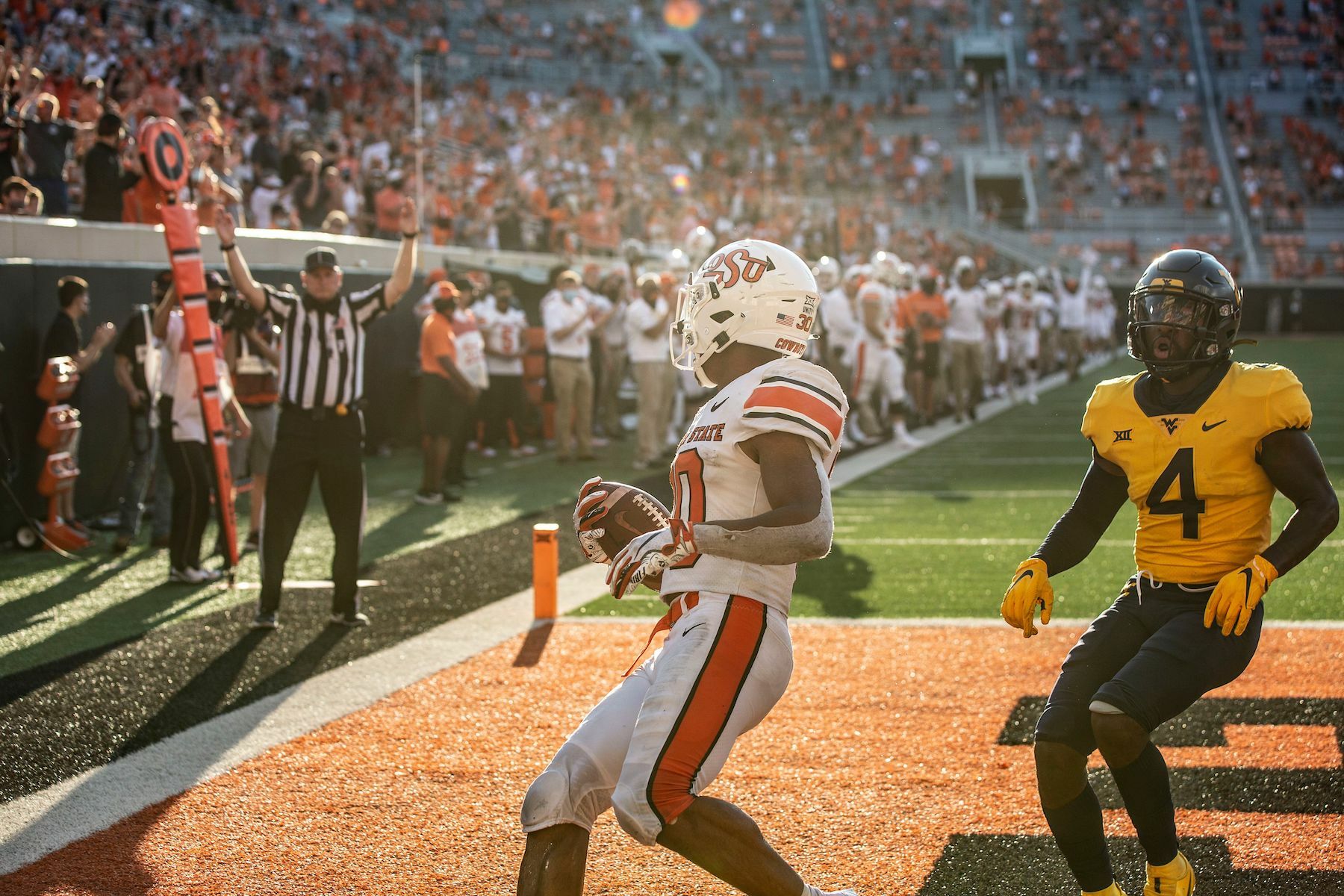 LD Brown is averaging 8.3 yards per carry (!) to Chuba Hubbard’s 4.0. He has 28 fewer rushing yards despite 29 fewer carries on the season.

More than that, though, Brown has looked like the more explosive back when he’s toting the rock. I even saw some wait, is Chuba OSU’s second-best back buzz on Saturday.

I’m not buying it. Shouts to LD for coming into his senior season on a mission. It’s a credit to him that we’re even having to broach this topic. But Hubbard remains OSU’s workhorse back because he is, despite early eye tests and efficiency numbers, still OSU’s best back. And with the game on the line Saturday, it was Hubbard getting the carry and taking it 23 yards to ice the game. OSU believes it, too.

Hubbard hasn’t been running with the same drive and explosiveness as he did last season. That much has been evident. And yet he’s still averaging 97 yards rushing per game and on pace to score double digit touchdowns.

That we’re even mentioning this speaks to the riches OSU’s has on offense, particularly at running back. This looks more like a timeshare than maybe we expected coming into the season, but it’s only because Brown has been so terrific it’s impossible to box him out of this offense. When he’s touching the ball he’s a threat to house it.

I promised when I started this column that hyperbole would be stripped of the text, so believe me when I go out on this very firm, strong branch and declare with confidence: These are OSU’s best football uniforms ever.

There is no world in which these are topped. The slick, old-school OSU, the striped shoulders, the bright orange perfectly complementing the white, the OKLAHOMA STATE across the chest. It’s so clean, so simple and so perfect. Find me a better OSU uniform out there. (You can’t.)

3. OSU’s best asset is its defense

We’ve only seen eight quarters of football, so any sweeping declarations at this point are premature. But in those eight quarters, OSU’s defense ranks second in the Big 12 in opponent yards allowed per play and in yards allowed per game. It has allowed a total of 20 points through two games, the fewest since the 2006 season when it allowed a combined 17 points in games against Missouri State and Arkansas State.

OSU’s offense, on the other hand … is unusually unproductive. (Not having QB1 obviously factors in significantly here.)