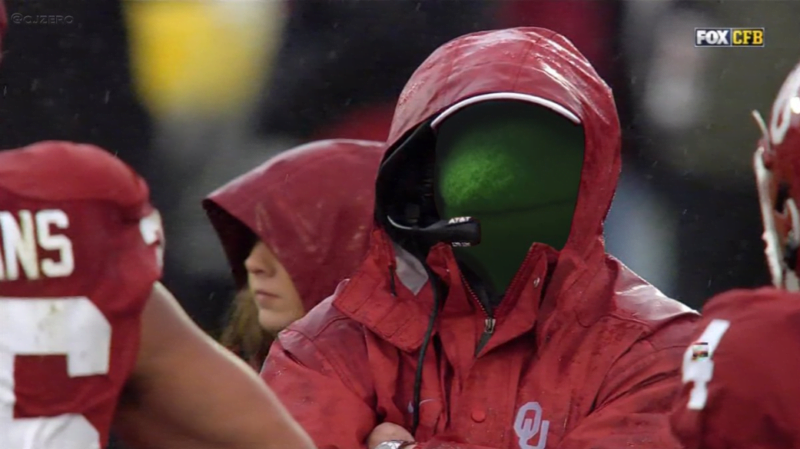 Welp, that wasn’t super fun… We all have our takes, mostly spicy. Let’s get into them.

That’s hot but not unwarranted.

Gundy is afraid to win.

I have no idea why I do these things pic.twitter.com/aCvmZEvSxt

More on this later…

But we can own it…

I deserve every single tweet I get about this. Bring them all to me. https://t.co/FKrSLtWGzM

This is my own personal hell. pic.twitter.com/mZBDHwR1tF

The dude’s got moxie, though…

Here's a snap I got of the @baker_mayfield6 undershirt. Sounds weird, I know. #Sooners pic.twitter.com/yw91nNAwRX

Here’s why I’ll never buy that, “It’s not a rivalry.” shtick.

So this says a lot…

And this says a lot about the Big 12 right now…

Oklahoma's about to be the first Big 12 team to run the table in conference since '09. (and has no shot at the playoff)

Why I think Mike Gundy deserves a ton of the blame on this one.

Almost impossible to beat OU in Norman going as conservative as Oklahoma State has.

So true.. #RoadReindeer in full effect.

Rudolph has been terrible today. No other way to say it.

This can’t happen. BTW, is it “Johnny Mayfield” or “Baker Football”…?

Baker Mayfield has enough time to grow a beard when he drops back for a pass.

On the other side,

Mason Rudolph says grip was an issue at times during tempo, but "no excuses. You've got to be consistent." pic.twitter.com/WMxzZjEIGE