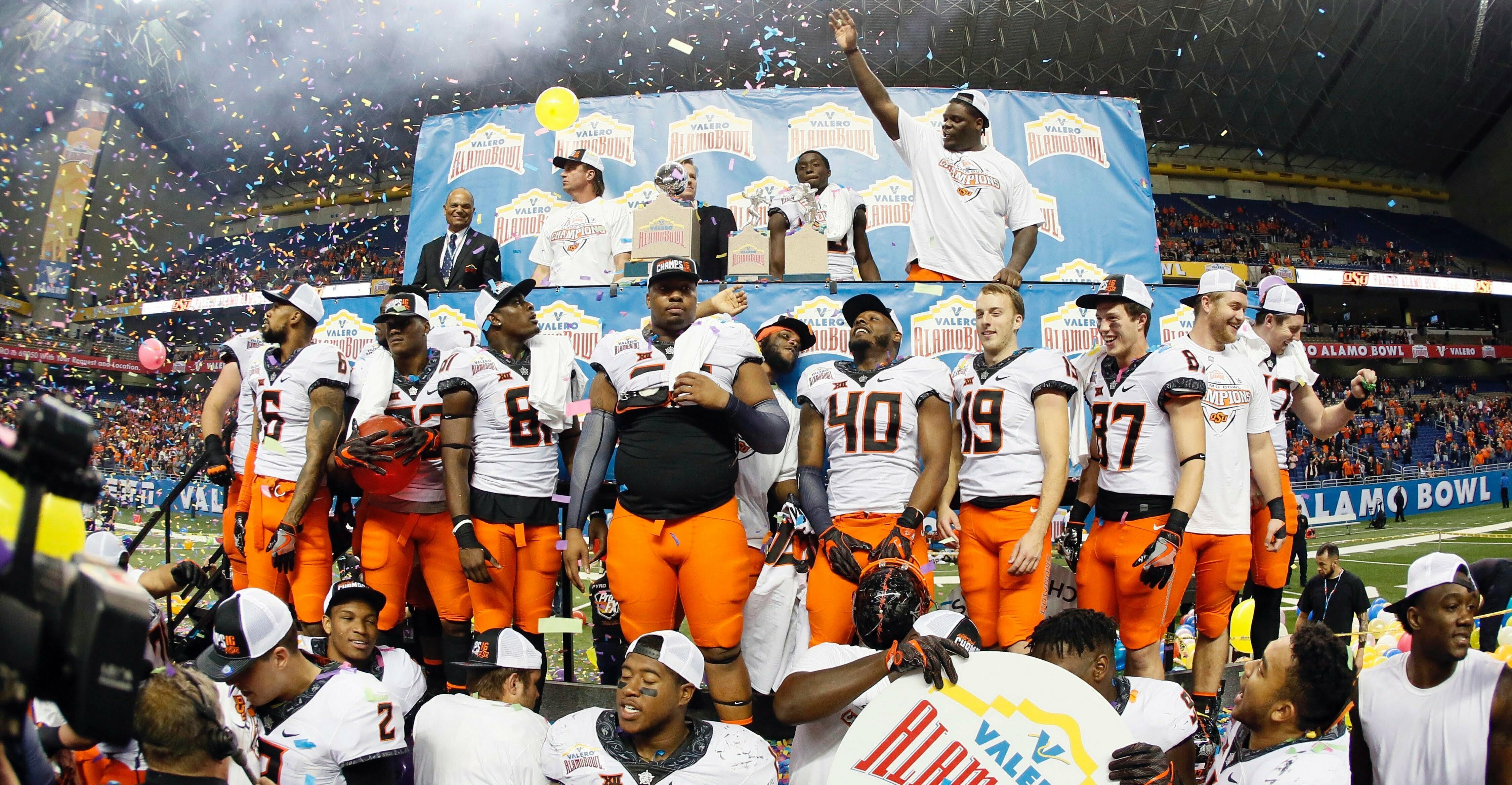 The regular bowl games are over, and only the national championship remains. Here are the current bowl records for each of the five big conferences.

The Big 12’s wins came over Auburn, Colorado, Texas A&M and Boise State. It was some sweet redemption for a conference that had been buried more times in 2016 than David Blaine. It also set the stage for 2017.

So much of making the College Football Playoff is about perception. This is the very thing everyone was trying to avoid when the CFB Playoff was invented, but it turns out to be possibly an even stronger factor now that a committee of the old guard is picking teams. With OU having won 10 straight games and Oklahoma State thumping the Pac-12 runner up, the Big 12 is gaining steam for a banner year.

“Do we have enough talent at key spots?” Gundy asked the Tulsa World. “Do we have to stay healthy? Yes. It just depends on the attitude of these guys. That’s the most difficult part. They’ve got to have the want-to. We have a good team coming back, if that’s what you want to know.

“The Big 12 is going to be loaded next year,” Gundy added to ESPN. “I watched Kansas State last night, and they’ve got everybody back. I’m guessing Texas is gonna be pretty good, OU’s got everybody back, there’s TCU…I’m telling you, this league next year could very well be the best league in the country.”

Furthermore, check out the top defenses for bowl season:

Maybe B1G 10 isn't the only conference that plays football & maybe the Big 12 isn't the worst in the world. Winning helps change narratives.

I don’t think bowl season means the Big 12 has the best teams, and I generally think anything we derive from exhibition games in December and January is a little overstated when it comes to the following season(s), but this bowl season provided some balance to the idea that the Big 12 was garbage from way back in September.

Plus, what I think doesn’t matter because OSU, OU and others flipped the national conversation this time around, and now they have something to point to come this fall when the rankings come out. Something that I hope (but have no faith) sets the conference up for a spot in the playoffs.