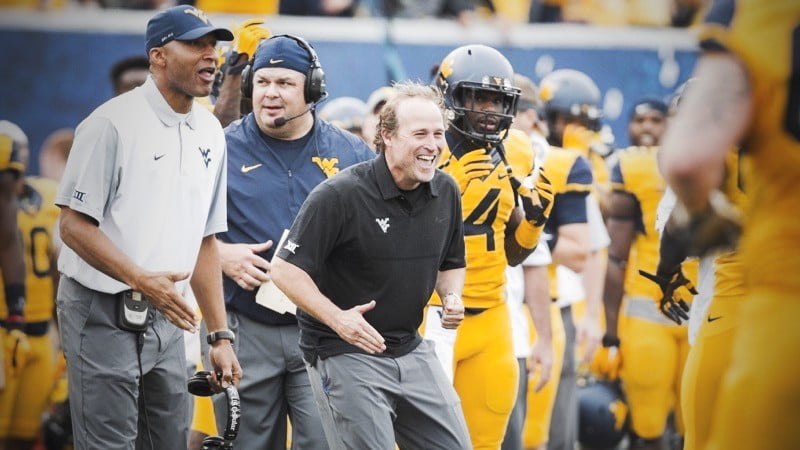 Four Big 12 teams began conference play last week, while three others wrapped up their non-conference schedules with two big wins and one loss (can you guess who)?

The Baylor Bears dismantled the Rice Owls 70-17 in front of the home crowd in Waco. The No. 5 ranked and two-time Big 12 champion Bears carry plenty of momentum into conference play posting 793 yards of offense, a new season high, and making this the third consecutive game they’ve had at least 700 offensive yards. The Bears have now won 18 straight in Waco, the nation’s longest winning streak at home.

The Bears showed no signs of slowing down as they head into Big 12 play against Texas Tech in Lubbock this Saturday.

West Virginia took on Maryland in Morgantown and easily handled the Terrapins, winning 45-6. The Mountaineers will enter their conference schedule undefeated.

Oklahoma State transfer Daxx Garman actually got some playing time for Maryland, replacing quarterback Caleb Rowe late in the third quarter. Garman was responsible for getting his team on the board with a 46-yard touchdown reception to Jarvis Davenport.

Contrary to years past, it’s the defense that’s been the difference as Dana’s squad has allowed the fewest points in the nation at 7.7 per game. (Which is probably even lower than the number of Red Bulls per game.) Of course the fake punts up 38 in the fourth quarter don’t hurt.

The Mountaineers will look to continue their defensive success against the No. 15 Oklahoma Sooners this Saturday.

The sole non-conference loss came at the hands of the Kansas Jayhawks, who fell to the Rutgers Scarlet Knights 27-14.

Overall, there wasn’t much to see here, aside from this picture that pretty well sums up the current state of the two programs. 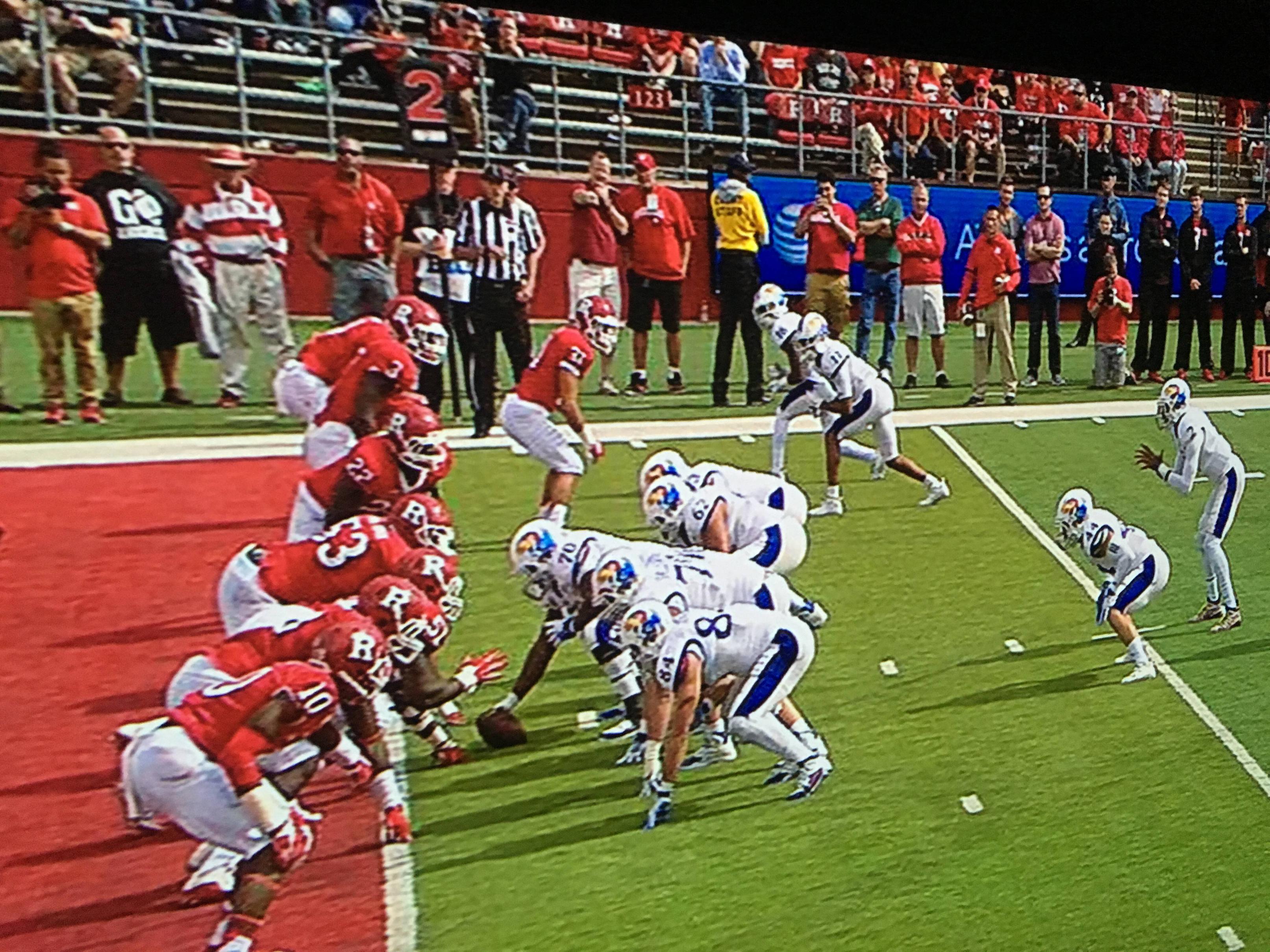 The Jayhawks are now 0-3 and will try to get their first win of the season against Iowa State on October 3rd.

In Big 12 play, the TCU Horned Frogs and the Texas Tech Red Raiders went head to head in what was offensively the most exciting game of the weekend.

With only 23 seconds left in the fourth quarter, TCU won the game on a tipped pass to edge Texas Tech 55-52 and move to 1-0 in conference play.

Down 52-48, the Horned Frogs  faced a fourth-and-goal from the four-yard line.     Trevone Boykin hurled the ball just off the hands of  receiver Josh Doctson. The ball fell toward the back of the end zone, and for a second it seemed as though TCU was done for – enter senior running back Aaron Green.

Green was in perfect position behind Docston, and caught the tipped pass with one foot down. Video review confirmed the catch. 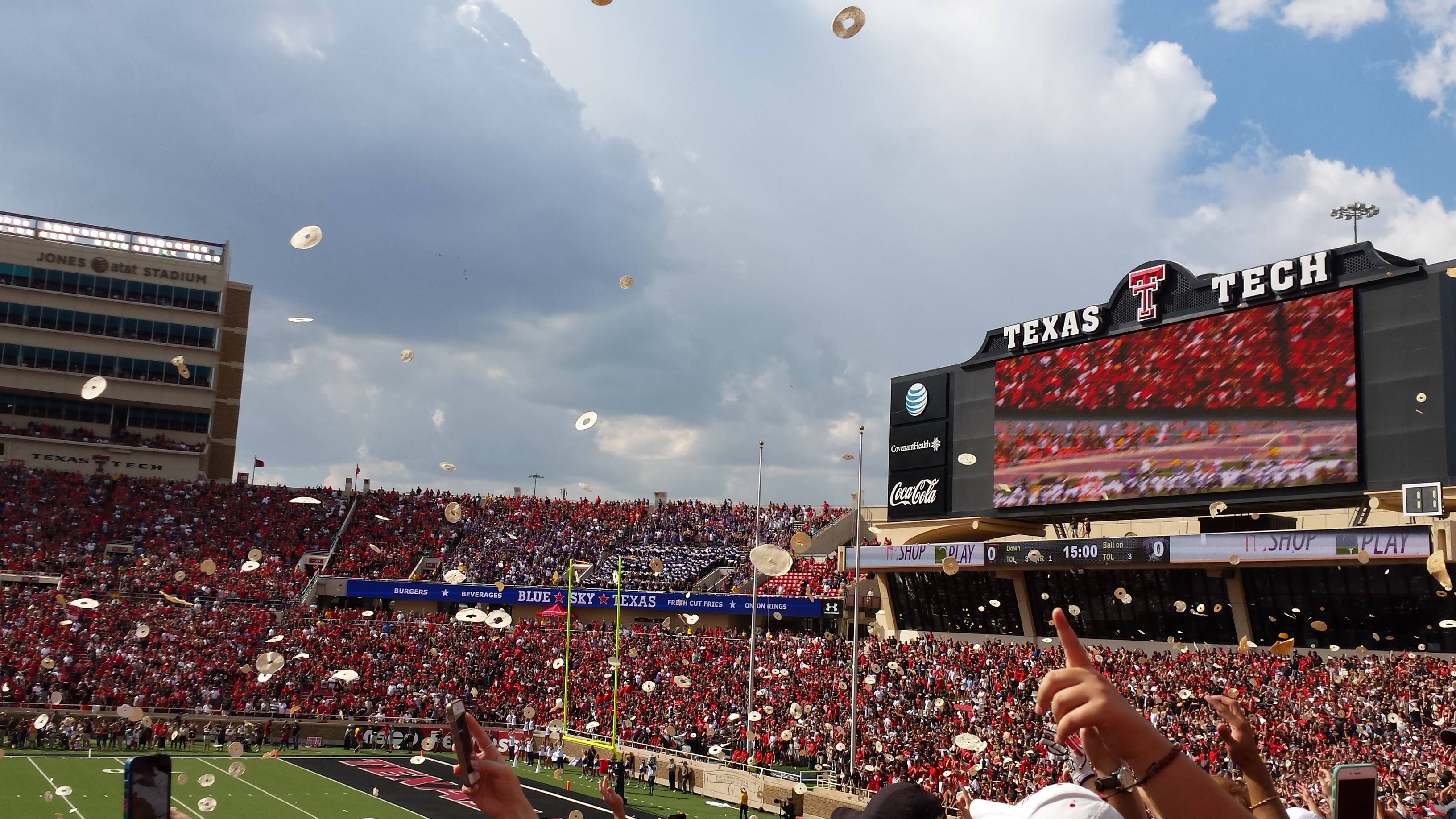 I imagine there was one tortilla for every yard gained. (photo courtesy of Reddit /u/DMTryp)

Even after the insane tipped pass, the Red Raiders had a crazy sequence where it looked as though they might find the end zone after tossing the ball around like a hot potato to several players.

After this shootout game for both teams, Texas Tech falls to 3-1 overall and 0-1 in conference play, and has to reload for the Baylor Bears. TCU faces Texas this Saturday.