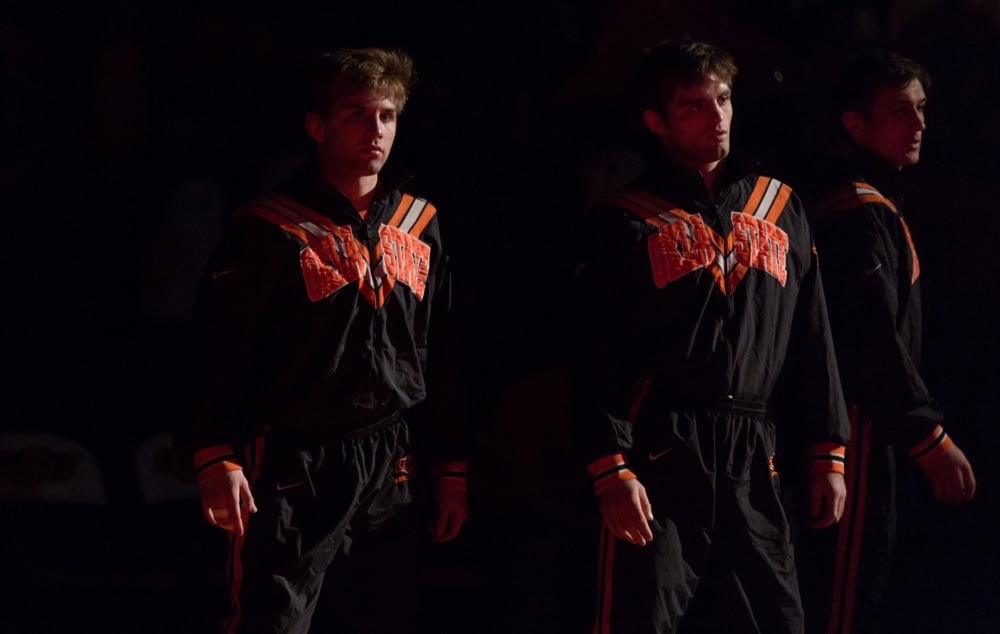 Only a couple of years ago, the Big 12 had just one automatic bid from each weight class into the NCAA Championships. In 2017, there are up to five, according to a press release Thursday.

In the summer of 2015, the Big 12 announced the addition of six affiliate universities. At the time, no names jumped off the screen: Air Force, Northern Colorado, the Dakota States, Utah Valley and Wyoming.

They joined the four schools that are permanent members of the Big 12: Iowa State, West Virginia, Oklahoma and Oklahoma State. The move was massive in the conference’s attempt to rival the Big 10, and, for the most part, it has worked.

Although South Dakota State is the only ranked Big 12 affiliate in the USA Today/Coaches Poll, three of the six affiliates are among the top 20 mid-major teams. That means depth for the conference.

The NCAA has recognized the increased competition, and the Big 12 was given the third most automatic bids to the NCAA Championships.

“What we’ve seen in the conference in a short time is we’ve really seen some programs being elevated, and I think we’ll continue to see that,” OSU coach John Smith said. “Those are things I appreciate with the Big 12, taking the lead and saying, ‘We’ve got a great history in this sport, in this conference, and we plan on keeping it.'”

Cowboy 174-pounder Kyle Crutchmer said the expansion has helped in recruiting. Adding more northern universities to the conference has poached some of the talent away from the likes of Penn State, Ohio State and Iowa in the Big 10 and brought it south to the Big 12.

Although it’s not patty cake, nine Cowboys have already qualified for the NCAA Championships on March 16-18 in St. Louis. Joe Smith is the only starter who hasn’t gotten an automatic bid because he hasn’t wrestled enough matches because of injury. He will likely earn his bid in the Big 12 Championships on Saturday and Sunday.

But Smith said because of the increased competition since the expansion, the tussle in Tulsa will be more difficult than perhaps fans expect.

“There’s no question we’re in a position to win,” Smith said. “But I think it’s real important that we recognize that some of the competition we’re hitting in the Big 12, we could see in the (NCAA) quarterfinals, possibly in the semifinals.”

With the expansion and the increase in competition, the Big 12 is back as a major wrestling conference. Iowa State and OU have been good for years with the Cowboys toward the top of the conference rankings, but with the affiliates, the Big 12 Championships are a realistic tuneup for the NCAAs.

And that’s a trend Smith said he wants to see more of.

“I think you’ll continue to see, hopefully, the conference continue to grow meaning additional teams,” Smith said. “I think we might see that happen really quickly.”