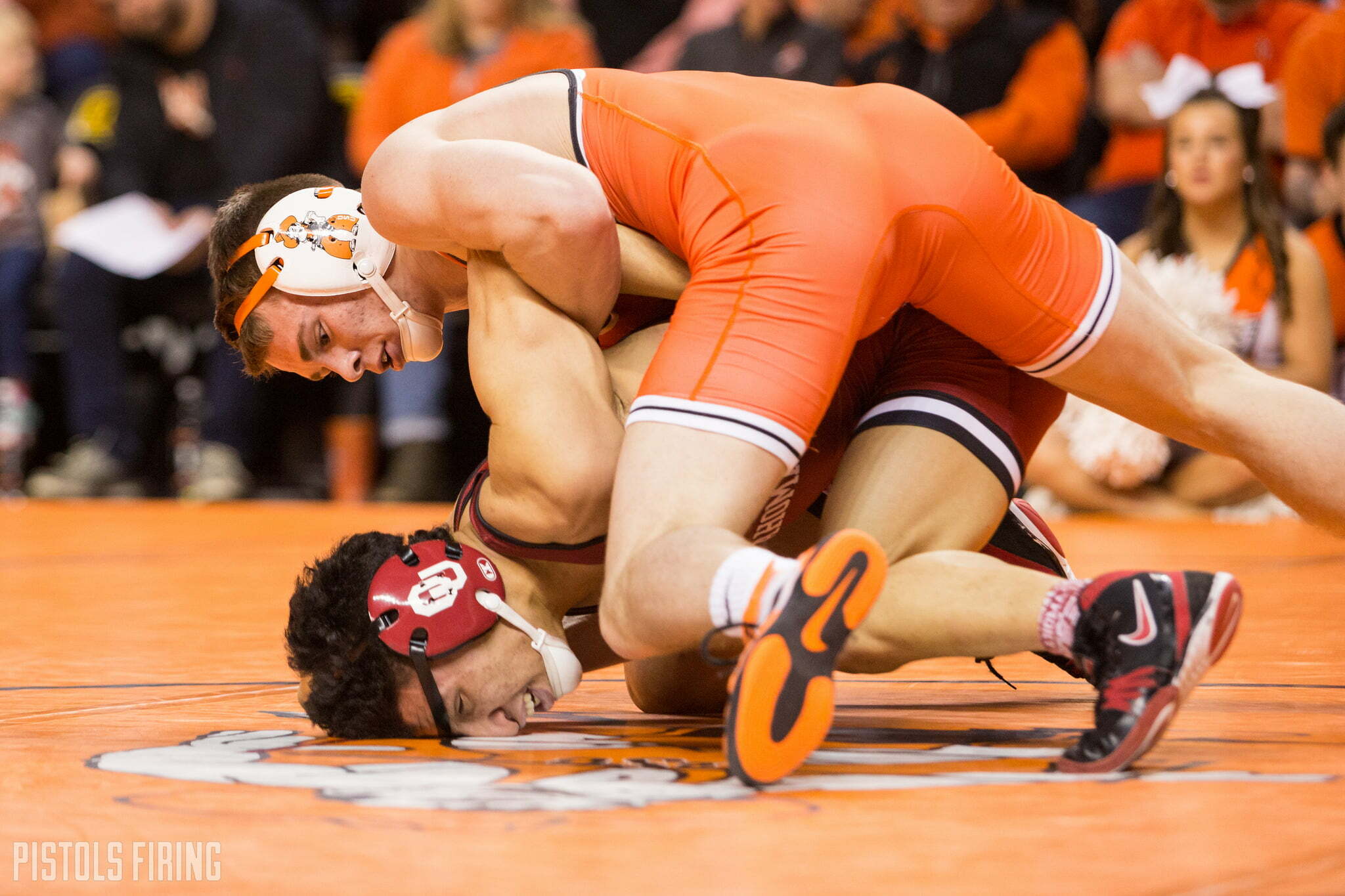 The Big 12 released the seeds and brackets for the conference tournament and here’s how it broke out for the Cowboys. They notched three No. 1 seeds, three other No. 2s and just three wrestlers outside a top-three seed.

As we discussed last week, if everyone wrestles to their seed nine Pokes will get a bid for the NCAA tournament. The only one that would be on the outside looking in is Jonce Blaylock. He’ll need to wrestle one seed higher and get third to qualify.

A few notes here. We went over injuries last week and knew with confidence that everyone except for Blaylock would be back for this. Coach Smith said Thursday that they may not be making the decision on whether or not he would wrestle until the day of the tournament. He is listed on the bracket, though.

They could always redraw and insert Tristan Moran if Jonce is still hurt, but you have to think that indicates he’ll probably wrestle. John also announced Andrew Marsden and Keegan Moore would rank for the starting spot at 184. I haven’t heard anything official on the match. Moore is listed on the bracket though, so I have to assume he won, but again brackets aren’t final, so they still could make a change there.

Throughout the week I’ll try and go in depth on previews breaking down what to look for in each weight class and Luke Garza and myself will be there live Saturday and Sunday to cover the tournament, so look out for more on the Big 12 tournament going forward.

Here are the full brackets for the tournament.