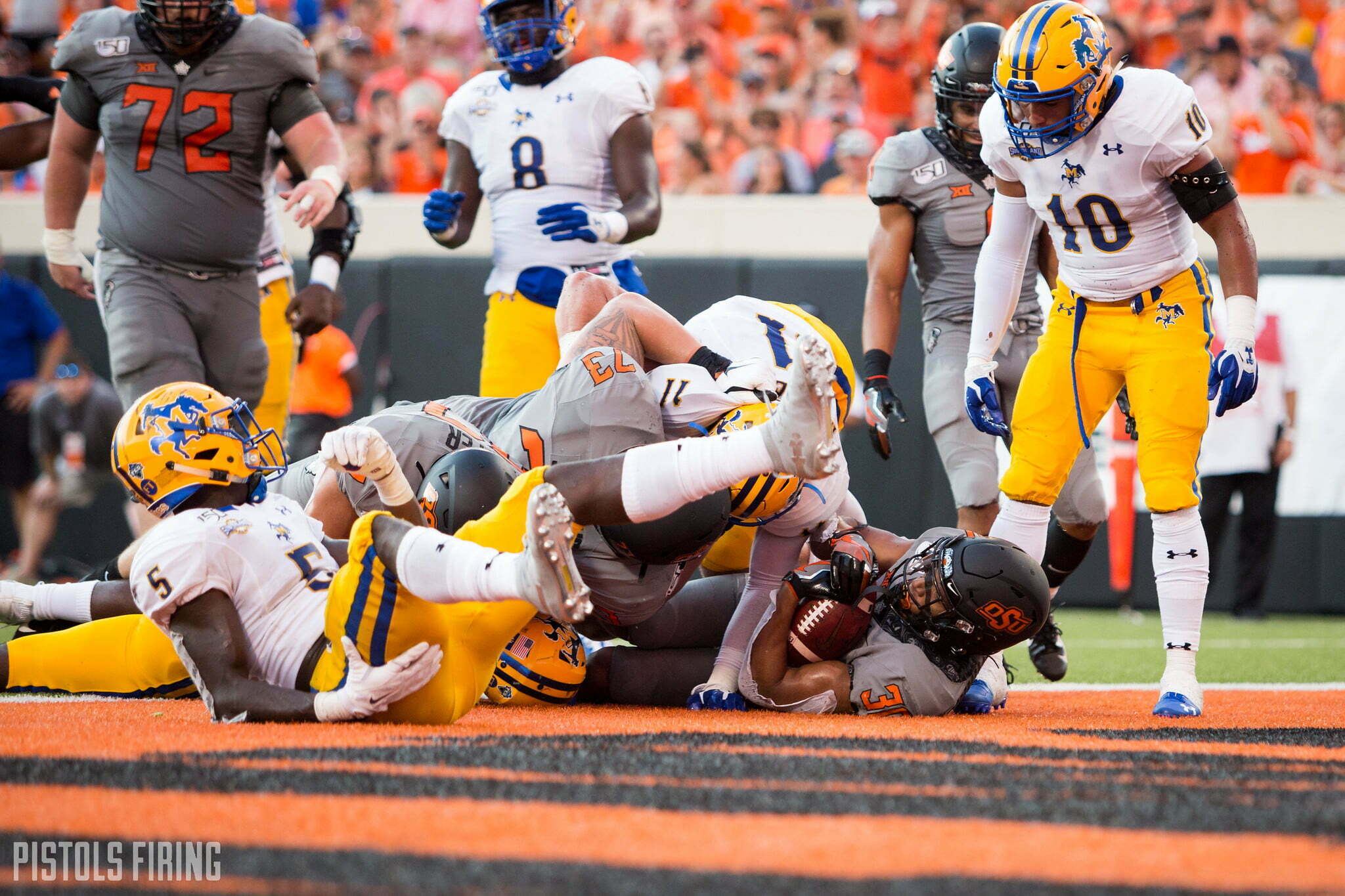 If you follow this website or listen to the Pistols Firing Podcast with me and Carson Cunningham, you know we like to rib Mike Gundy about how much he wants to run the ball. How he seemingly wants, every season, to look more and more like Alabama and less and less like whatever team Mike Leach is coaching.

This is no big secret. Gundy has said it before, but it’s one thing to say it and it’s another thing to give Chuba 37 carries against a top-12 Texas team in the conference opener. Gundy reiterated his desire this week ahead of the Texas Tech game.

“I just wanted four yards per carry and 100 yards as a team,” Gundy said of OSU’s evolution from 2015 to now. “I love to rush the football; some of my quarterback buddies give me a hard time about it. I enjoy rushing the football and pounding teams; I really like that part of the game. So, it’s enjoyable for me to watch the progress we’ve made over the last couple of years.”

He got his wish. OSU has never rushed more times per game in the Gundy era, and they have never rushed for more yards a pop either. OSU is rushing it 48.3 times a game (three more than 2007) at 6.0 yards a carry (0.5 more than 2008 in one of the great rushing seasons in OSU history).

Here are the carries per game numbers (shout out to Weeden saying “nahhh” in 2011). 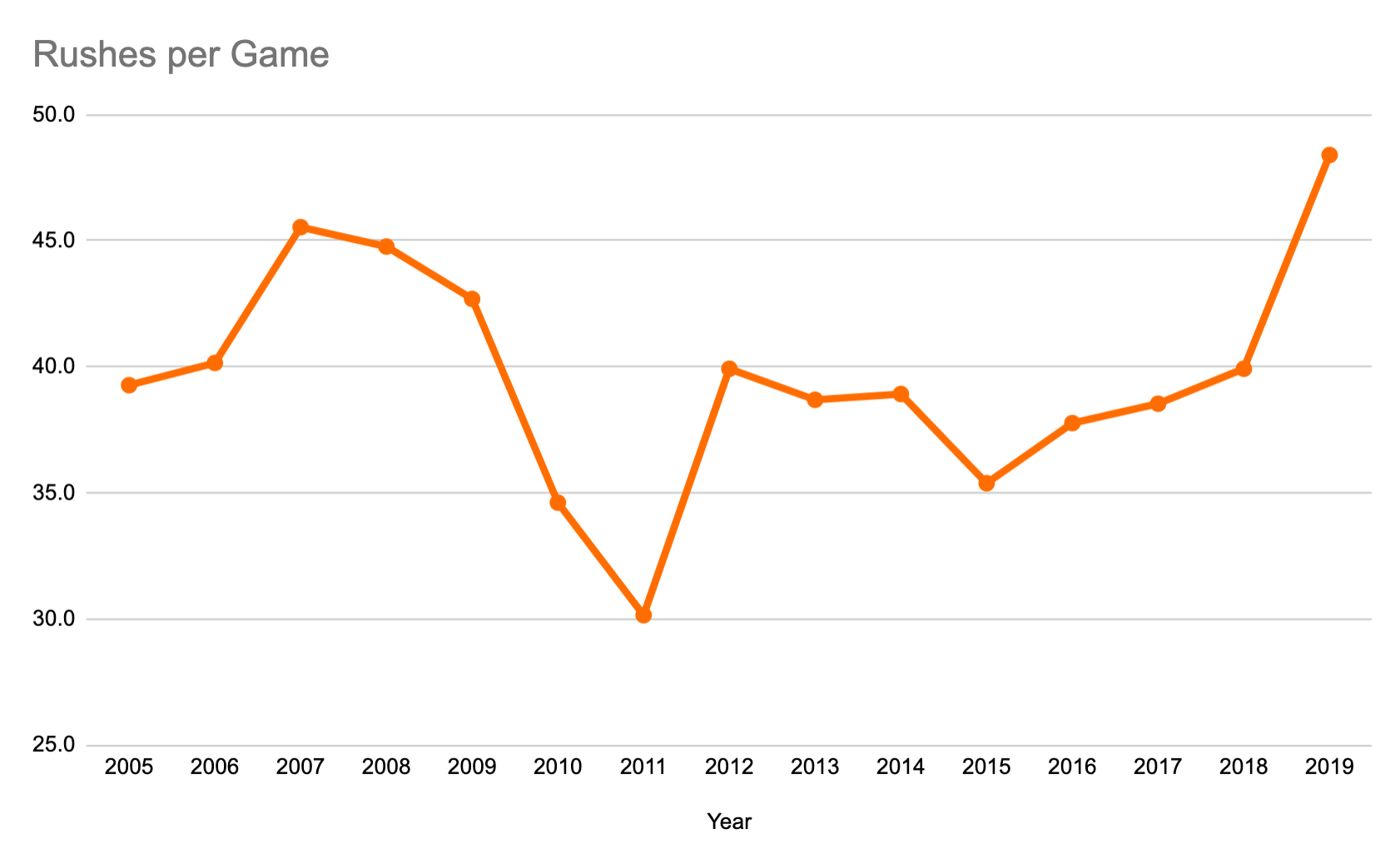 And here are the yards per carry numbers. 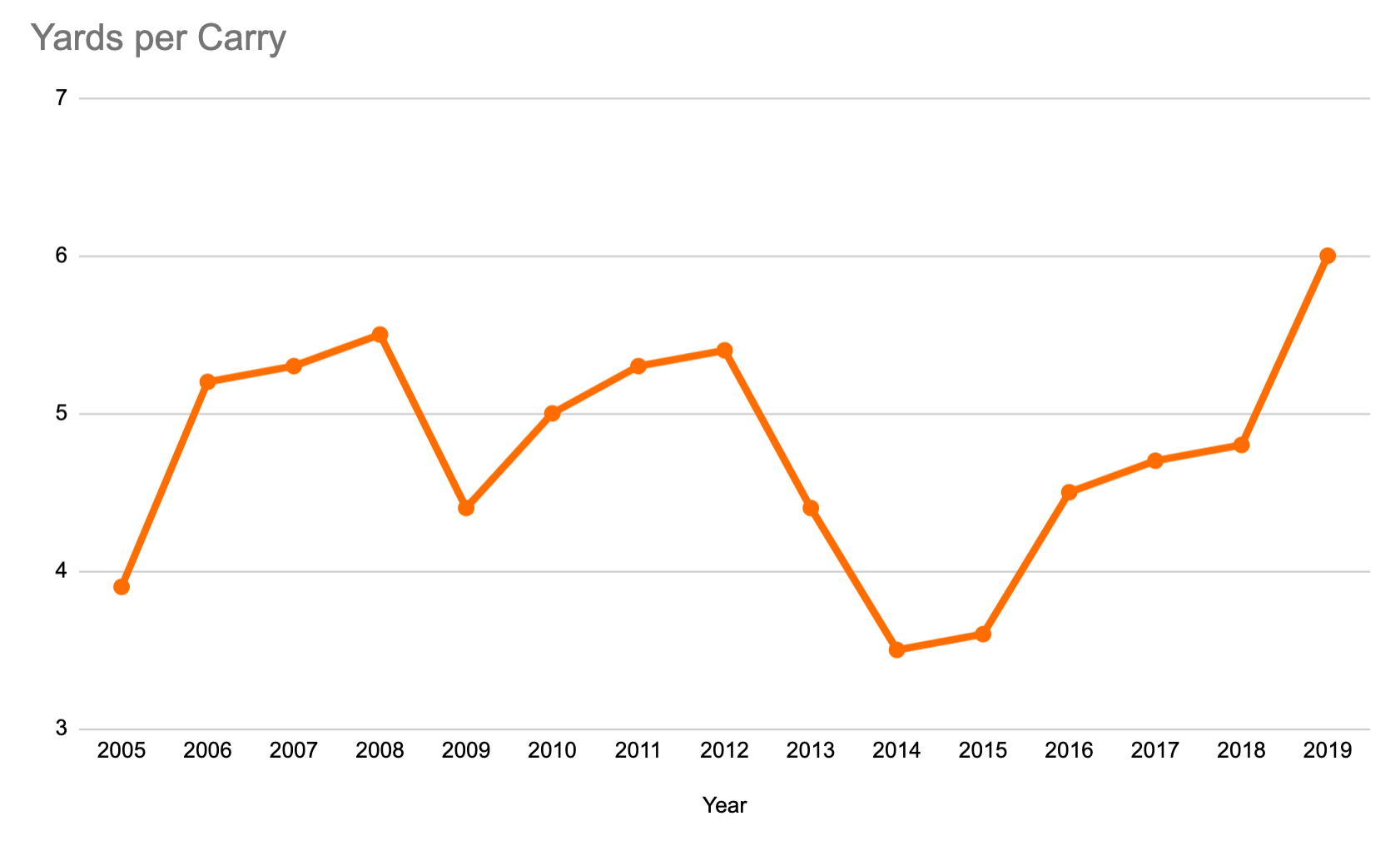 This is basically Gundy’s dream scenario, and he touched implicitly a little bit on why they’ve been able to run it so effectively so far this season. You know, other than having Zac 2.0 at QB and an offensive line that actually has some depth.

This is something Chuba Hubbard noted after Saturday’s game, and Gundy reiterated this week in an interview with Dave Hunziker.

The team I’ve watched so far this season is worlds away from the team I watched for 13 games last season. Maybe we can attribute all of that to Gundy, maybe not. But regardless, OSU is running it like they used to (better than they used to) and controlling teams the way Gundy wants them controlled. A great (and close to dream) start. How far will it take them?