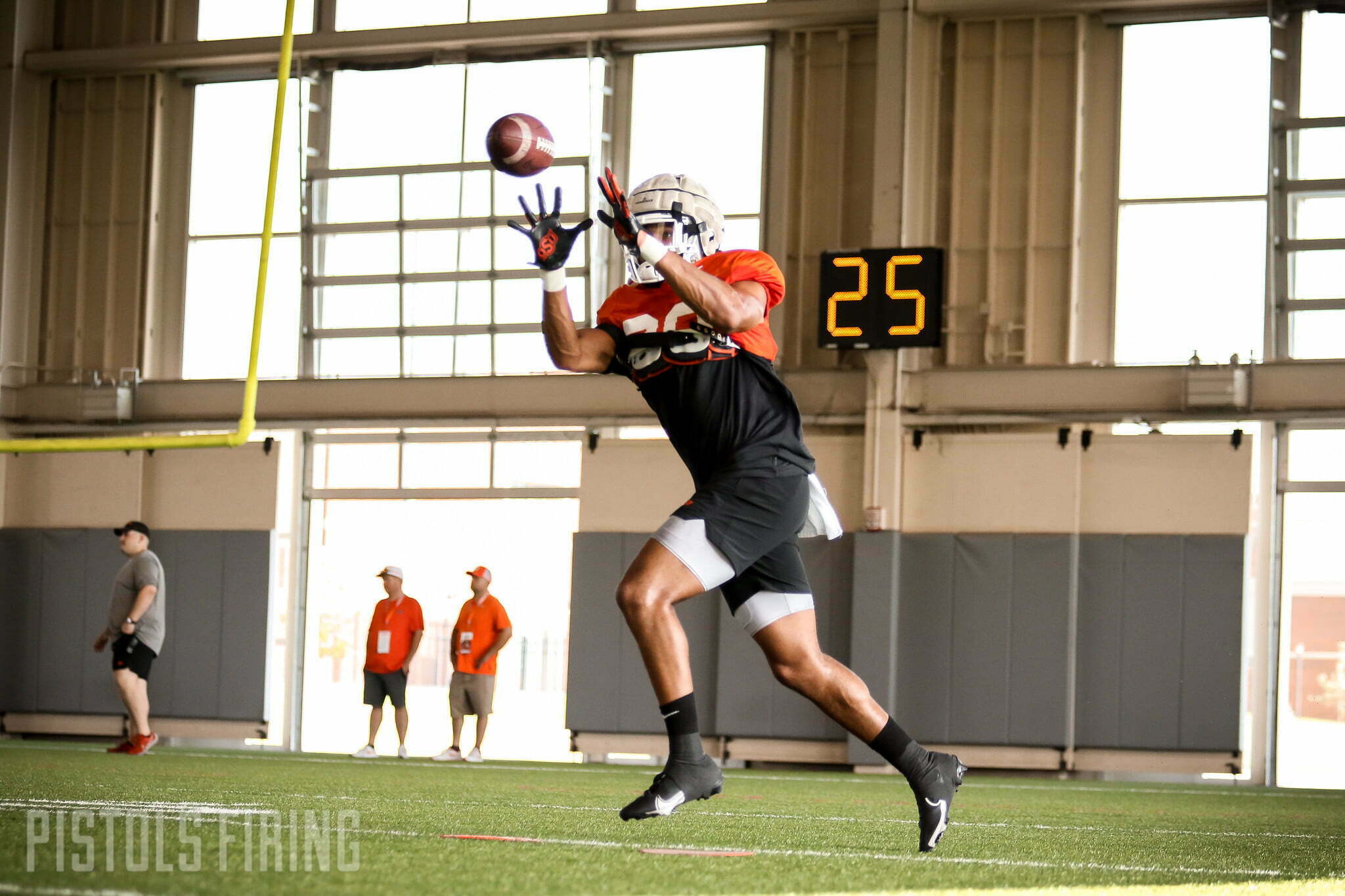 STILLWATER — The Cowboys’ had four true freshmen wide receivers last season, but only three of them will enter the 2022 season as receivers.

Blaine Green, who led that quartet with 314 receiving yards on 21 catches in 2021, is officially listed as a Cowboy Back on Oklahoma State’s roster after splitting time between the positions last season. Green was a big receiver when he was recruited to Stillwater out of Allen High School (Texas), but at 220 pounds now, Green has about 30 pounds on most of the wide receiver room.

Green’s breakout game as a tight end hybrid came against TCU where he caught three passes for 80 yards, including a 46-yard touchdown.

The Cowboys smoked TCU 63-17 that night in Stillwater. It was the best OSU’s offense looked all season, and Green manning a new role was a big part of it.

“He came in as a receiver and was recruited as a receiver and all of a sudden, he finds himself at 225 pounds and he’s a biscuit away from a tight end,” OSU offensive coordinator Kasey Dunn said. “We talked to him about it, and he was receptive, but at the same time, a little bit hesitant. We got him in the TCU game, and all of a sudden, he’s catching the ball, making plays, making a difference for us, the offense is clicking like you want it to, and he was a huge part of that. He kind of bought into it more after that moment, and we shifted him in that direction as the season went on just more and more snaps there, and then he just moved into the tight end role in the spring.”

Green battled through injuries in 2021 that saw him miss three games, including the Cowboys’ dramatic Fiesta Bowl win against Notre Dame.

If he can stay healthy in 2022, Green should provide a receiving tight end option that OSU fans have been yearning for since the days of Blake Jarwin (or maybe Brandon Pettigrew, it’s been a while). Outside for Green, OSU Cowboy Backs had eight catches for 76 yards last season. But having a jumbo receiver playing the role could see those numbers spike this season.

“I try my best at the position I play,” Green said. “Wherever it is on the field, I’m just trying to contribute to the team. That’s where I’m at this year, and hopefully I can do something with it.”