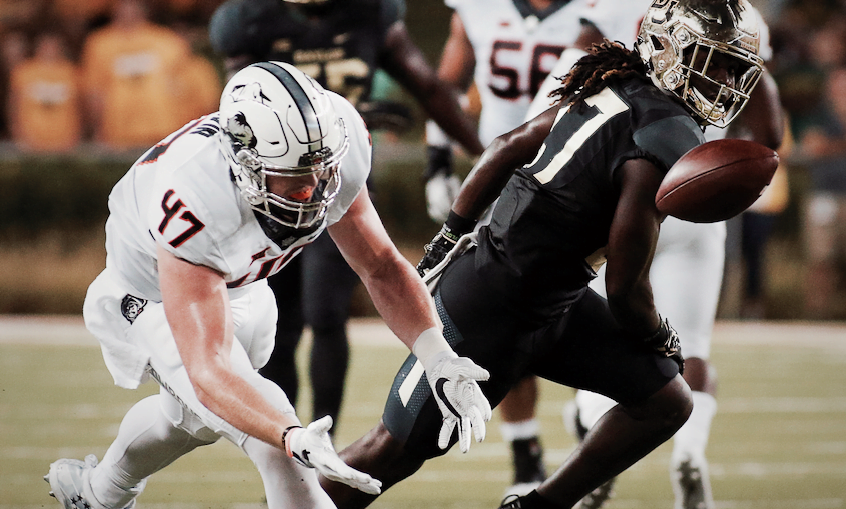 Starting his Oklahoma State career as a walk-on, tight end Blake Jarwin has blossomed into a very respectable NFL prospect. He finished his career with 616 receiving yards and 41 receptions. Almost half of which came in his breakout senior season.

Bleacher Report’s Matt Miller, who projected a full NFL mock draft, pegged Jarwin as a fifth-round talent, where he would be taken by the Baltimore Ravens at pick 161.

Jarwin, who recently signed with Kelly Masters Management, will get a chance to showcase his talents soon in the East-West Shrine Game, along with the OSU pro day before the NFL draft in late April. Ranked by NFLdraftscout.com as the 7th overall tight end prospect in the draft, he’ll get several opportunities before the draft begins to showcase his talents to scouts and teams.

Should he in fact be drafted by the NFL, he would become just the third tight end to be drafted from Oklahoma State since 2005, joining Brandon Pettigrew (2009 first round pick to Detroit) and Billy Bajema (2005 seventh round pick to San Francisco.) Not bad company.