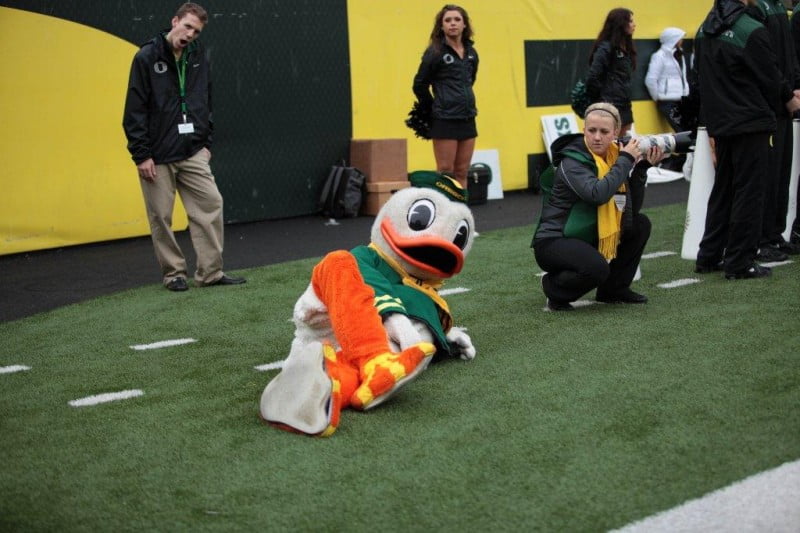 Again I forgot to turn in my BlogPoll this week (probably because I was inventing Halloween costumes for various OSU personalities in my secret writing lab) but fear not because I made my own via Excel.

I’ve also started inputting some more statistical data into the process. I know OKC Dave is proud of me for this but I’m really doing it because I need some way to sort out all the teams with similar losses.

That might be a bit data heavy for some of you but for me it gives legs to the way I rank teams.

Why is Notre Dame #1 over Kansas State and Alabama — well statistically they’ve beaten more good teams (WFEI – explained at the bottom) than KSU and Bama and I’d put their top three wins against anybody’s in the country.

A reminder — this is not a power poll, I definitely think Bama is better than ND but it’s tough for me to argue that Bama has a better resume unless you want to start talking margin of victory which inevitably leads to a rabbit hole of Chip Kelly-ness I don’t want to go down.

OSU re-enters the fray with a good win over TCU. As we covered earlier their net points per drive is as good as any team’s in the nation but the reality is that they haven’t beaten much of anybody yet (WFEI of 64 isn’t that great) and lost to two pretty average teams in Texas and Arizona. 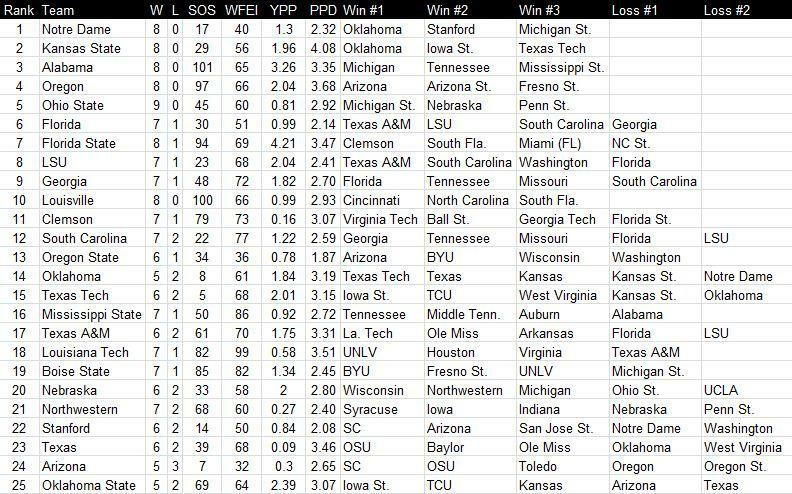 Here’s an explanation of those data…