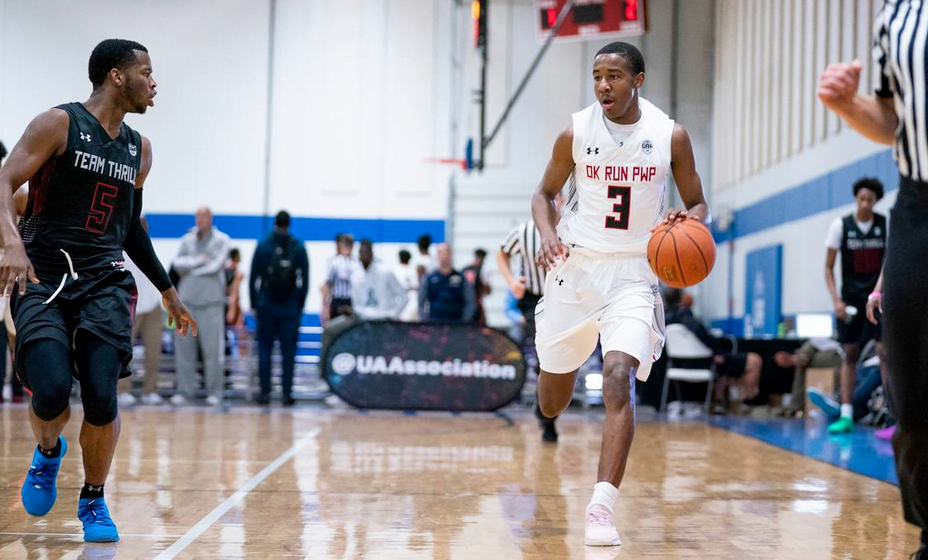 Oklahoma State, Houston, Oklahoma and Texas were the first to offer rising shooting guard Bryce Thompson scholarship offers when he popped quietly onto the radar in early 2017.

Since that time, Thompson’s steadily risen the ranks and become a nationally known commodity. Kansas has offered. Colorado. Minnesota and Arkansas, too.

But his full-on breakout, which many around him had long anticipated, became official over the weekend. In addition to the stellar resume of offers from across the country are now five other major names, headlined by bluebloods North Carolina and Michigan State and including Nebraska, Texas and Notre Dame.

The 6-foot-5 Thompson, a combo guard who has elevated his profile on the AAU circuit playing for Oklahoma Run PWP and dominated (while playing in the age level above him), might not be done yet. With Sparty and the Tar Heels calling this week, it’s possible this is only the beginning of an avalanche of bigger name programs joining the fold.

Thompson has ties to OSU not only because he is an in-state, born-and-raised star, but also because of two freshmen — Kalib and Keylan Boone — who he played with on the AAU circuit for the Rod Thompson-coached squad. Mike Boynton has strategically fostered the relationship with the Thompsons, too, and he made an in-home visit last week before his profile jumped up another level with the offer surge.

It remains to be seen just how appealing the newest programs are to Thompson but with Kansas, OSU and OU having been in the game with him for more than two years, one would think they may have some work to do. For OSU, the pitch to unite him with former teammates and to play under a players’ coach like Boynton is the message it hopes to win his commitment with in the end.

s/o @TheTraeYoung for the kind words?