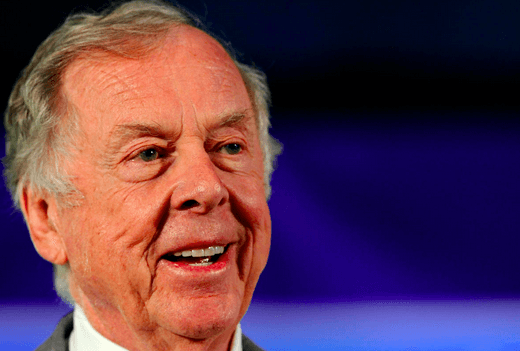 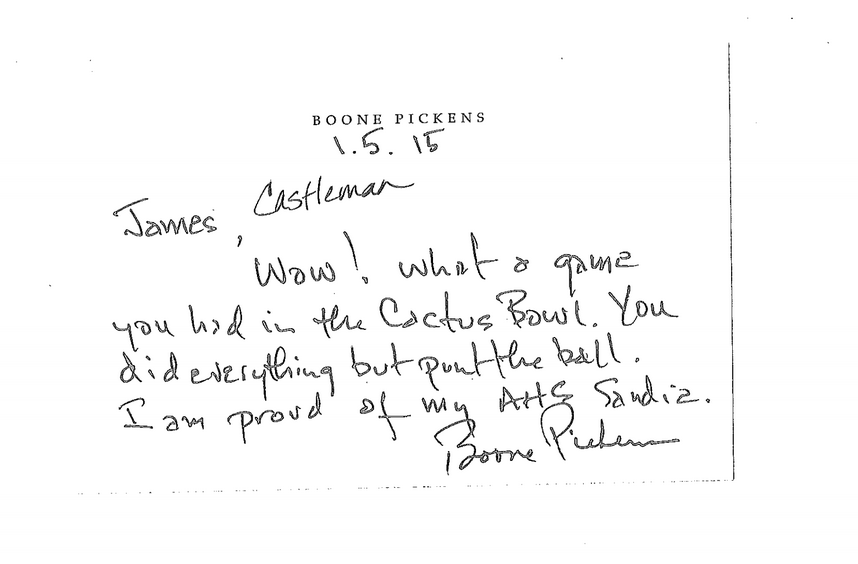 James Castleman has had quite the week.

First he scored a rushing TD and sealed OSU’s Cactus Bowl win over Washington with a 48-yard reception from Mason Rudolph.

Now he’s received a hand-written note (Bill Snyder-style) from Boone Pickens congratulating him on his performance.

I have to say…it’s pretty cool that Boone writes hand-written notes to folks in 2015. That’s a rarity and something I’m sure Castleman will remember for a long time.