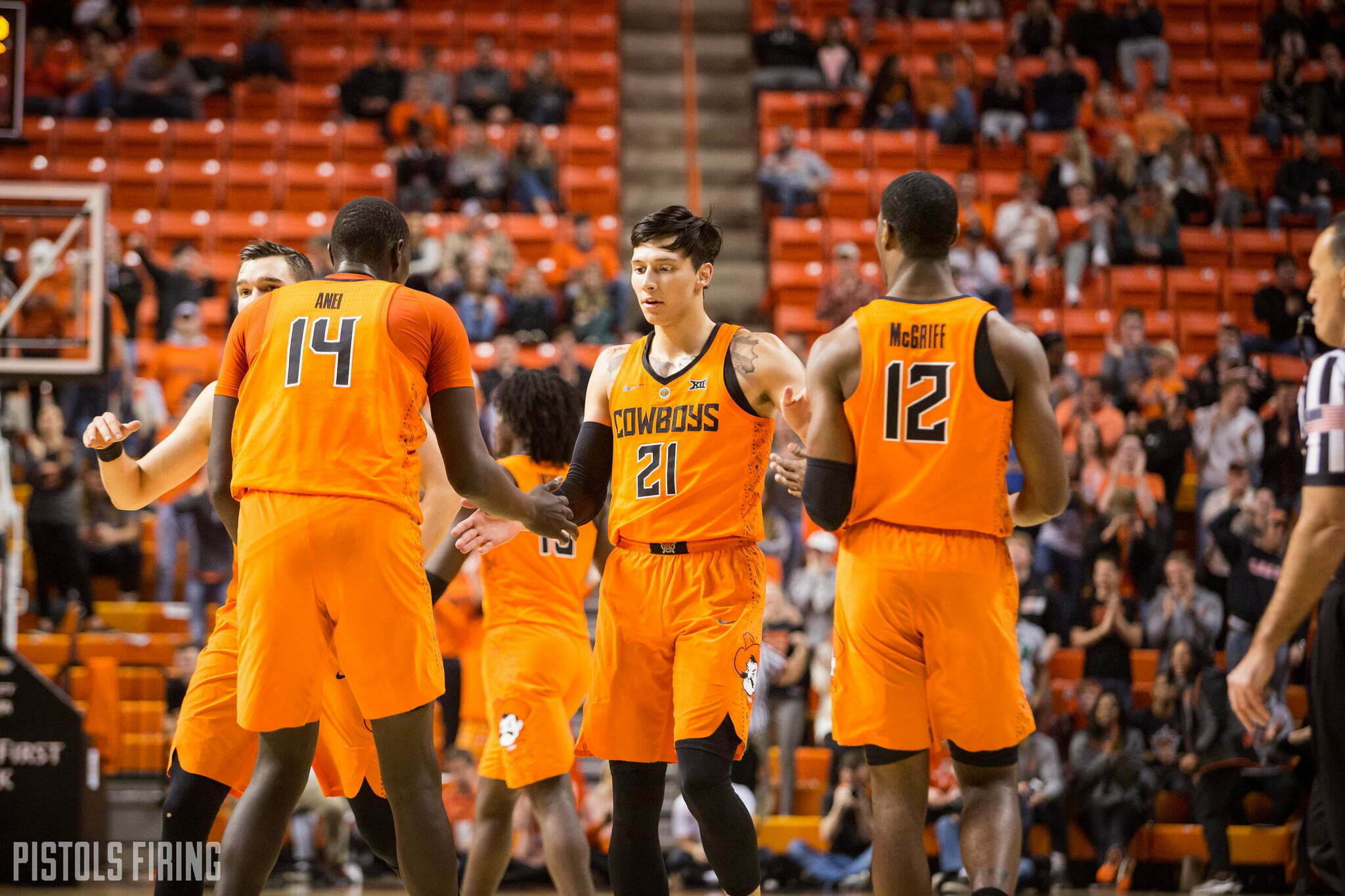 Basketball on the white maple floor of Gallagher-Iba Arena might look a lot different in 2019. Between new faces, a deeper lineup and returning starters, dare I say it may be … fun?

After a 12-20 campaign last season, it feels like I need to look both ways before crossing that bridge, but I’m diving into traffic blindly and willingly here because I believe OSU is going to be vastly improved for several reasons.

The first: its entire starting lineup is back. Yes, I will listen to your dumb argument about that starting lineup only won 12 games! Here’s your retort, for the guy at the water cooler in your building trying to make that case: there were only seven scholarship players by season’s end, and one was Duncan Demuth.

The second reason for optimism — and this is where things get really interesting — is that Mike Boynton has uniquely overhauled the roster.

Last year there were no seniors (save for grad transfer Mike Cunningham, who didn’t make it the whole season), and yet between the five high school signees, one graduate transfer and another imminent addition to be determined, OSU’s coach has managed to add six new faces (and soon to possibly be seven). Here’s the list — the top five in the graphic are incoming freshmen while Jonathan Laurent, the UMass transfer, is a super senior with immediate eligibility beginning in 2019. 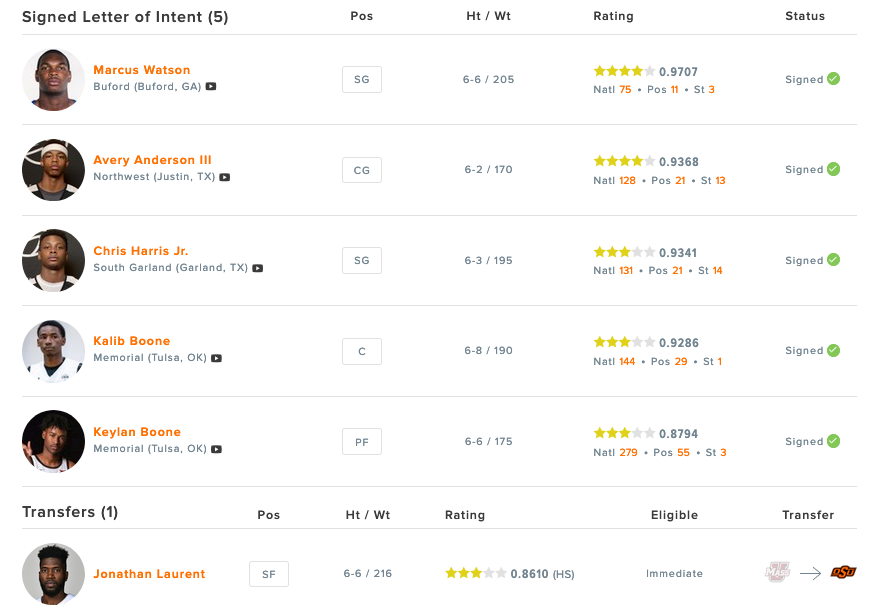 Now things are getting interesting. I mentioned that OSU returns its entire starting five from last season, but that doesn’t necessarily mean the starting five will stay the same. I suspect it will not. As we stand now, here’s what the roster will look like. I’ve placed stars on the most frequent lineup OSU deployed to end its season according to KenPom data. New additions have their own special emojis. Sorry, I’m a millenial.

Of the starting five from last season, I feel *fairly* comfortable saying it’s safe that three will retain their starting gigs, barring a major change that could come with the final unused scholarship spot: Isaac Likekele, Cameron McGriff and Yor Anei. That leaves shooting guard and small forward open with Dziagwa and Waters vying for the right to retain their spot. As I project things now, I think both will move to the second unit, but I must make the obvious caveat here that it is still softball season so cut me a little slack.

To fill Dziagwa’s spot (and to slide him into a more suitable role as an off-bench gunner), I think Marcus Watson is ideal at the two-guard. He’s long with a 6-6 frame, he’s switchable as a defender, and he’s athletic enough to hold his own defensively as a frosh. Like, really athletic. (Plus, he’s a top-75 prospect; you gotta make sure he gets his PT and stays happy.)

At the small forward position Waters played at last season in a lineup that Boynton seemingly deployed as a measure to get the most out of his shooters, I suspect that either Watson will play there (instead of the two, because he actually has the size to play both) or, more likely, that UMass transfer Jonathan Laurent will fill the void.

Laurent is everything you want in a small forward. He’s 6-6, athletic, and in 30 games last season, he showed he can adequately space the floor as a deep threat by hitting 46.7 percent of his 75 3-point attempts. If he can hit at that rate at OSU, Likekele will likely have plenty of room to drive and create space in an unclogged lane, leaving defenders no choice but to respect the perimeter. So here’s what that may look like … *cue the Larry Reece voice*

As you look at it, it seems the most obvious hole to plug for OSU with the final scholarship is probably at power forward or at center. I feel comfortable plugging Kalib Boone, the Tulsa-made star, in at one of the two, but he’ll need another big to help him in that second unit, assuming McGriff and Anei aren’t playing 36 minutes per night.

On paper, that’s pretty great! OSU’s on-paper roster was promising last season, too, so I’m not here to predict OSU is going to go from 12 wins to a No. 1 seed in the NCAA Tournament (it’s definitely happening now, by the way), but I do think this team has a shot to go from the pits of the conference into the top half and, more importantly, into contention to make the Big Dance.

For a program that’s not been there since Brad Underwood went one-and-done in 2016-17, that’s about as good an outcome as one can hope for next season. With a reassembled and remade roster, it now seems more feasible than ever.