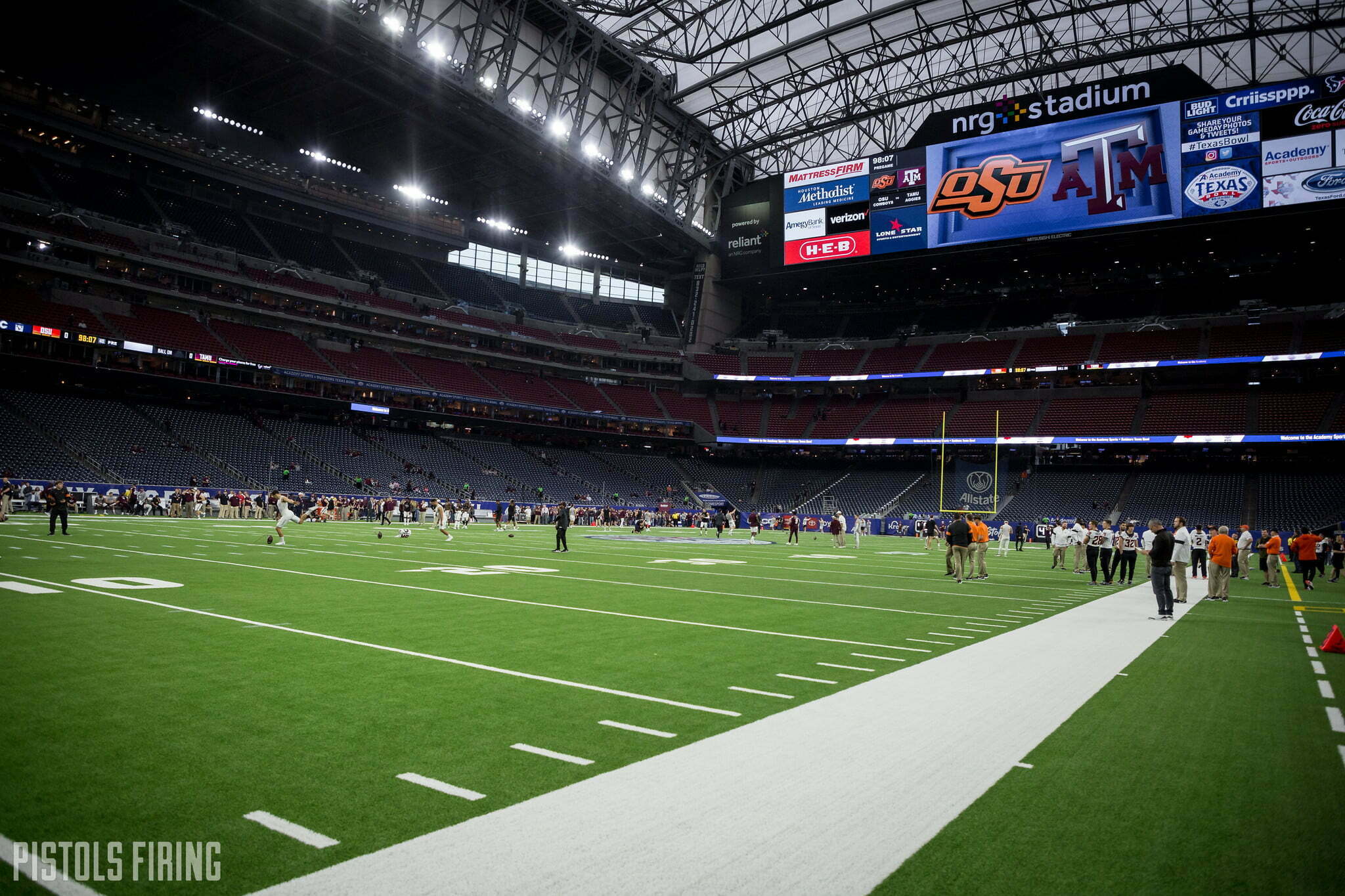 With the regular season in the rearview, the postseason became just a little bit more clear. As far as Oklahoma State and the rest of the bowl-eligible Big 12 teams are concerned, we could still be some movement based on what happens Saturday in Arlington, and whether or not TCU makes the College Football Playoff.

But with the end of the regular season, there are some updated predictions out there. Let’s take a look at where talking heads and prognosticators see the Cowboys landing in bowl season.

But first, here’s a look at the league’s bowl affiliations for 2022.

CBS Sports bowl expert Jerry Palm has the Cowboys landing in Houston at the Texas Bowl to face Kentucky in a first-ever meeting between the two programs.

Like Mike Gundy’s Cowboys, Mark Stoops’ Wildcats got off to a fast start to 2022. Also like OSU, Kentucky climbed as high as No. 7 in the AP poll before stumbling to a 7-5 finish.

The Cowboys lost to Texas A&M in the Texas Bowl in 2019, when it was sponsored by Academy Sports + Outdoors, but went 2-0 in the bowl game’s two previous iterations. OSU defeated Southern Miss in the 2002 Houston Bowl and bested Baylor in the 1983 Bluebonnet Bowl.

Richard Powers of SI downgraded the Cowboys from the Alamo Bowl to a Texas Bowl meeting with Arkansas after the West Virginia loss. Action Networks, Brett McMurphy agrees.

Arkansas, a former Southwest Conference rival, boasts a 30-15-1 all-time record against OSU, while the Cowboys hold the neutral edge, historically speaking, 3-2. The two teams which are separated by just three hours of drive time haven’t met since 1980. A bowl matchup would serve as an appetizer since the Cowboys and Razorbacks are scheduled for nonconference meetings in 2024, 2027, 2032 and 2033.

The Tigers own a 29-24 all-time record against OSU, but the teams have split their two meetings since Missouri left for the SEC. Oklahoma State fell to Mizzou 41-31 in the 2014 Cotton Bowl, but the Cowboys got their revenge, topping the Tigers 38-33 in the 2018 Liberty Bowl.

Missouri is another SEC middling with finished 6-6 on the year and 3-5 in conference, but the Tigers did win their last two, a later noncon against New Mexico State followed by a close win over Arkansas last weekend.

Schlabach’s colleague, Kyle Bonagura, predicts the Pokes to face Mississippi State in, you guessed it, the Texas Bowl.

OSU and Mississippi State have met five times with the Cowboys owning the 3-2 edge thanks to their last meeting. The Cowboys and Bulldogs split home-and-homes in 1970-71 and then again in 1998-99. Their only neutral matchup was in the 2013 conference opener, in this same stadium (then called Reliant Stadium) when JW Walsh went nuts and the Cowboys won 21-3.

Athlon Sports dropped the Pokes down a peg or two to the final conference-affiliated bowl to face Maryland. The Cowboys and Terrapins have never met. The people at Athlon also have Oklahoma leapfrogging the Cowboys to face Arkansas in the Texas Bowl.

Oklahoma State is 2-0 in previous versions of the Guaranteed Rate Bowl, topping Washington in the 2015 Cactus Bowl and Indiana in the 2007 Insight Bowl.