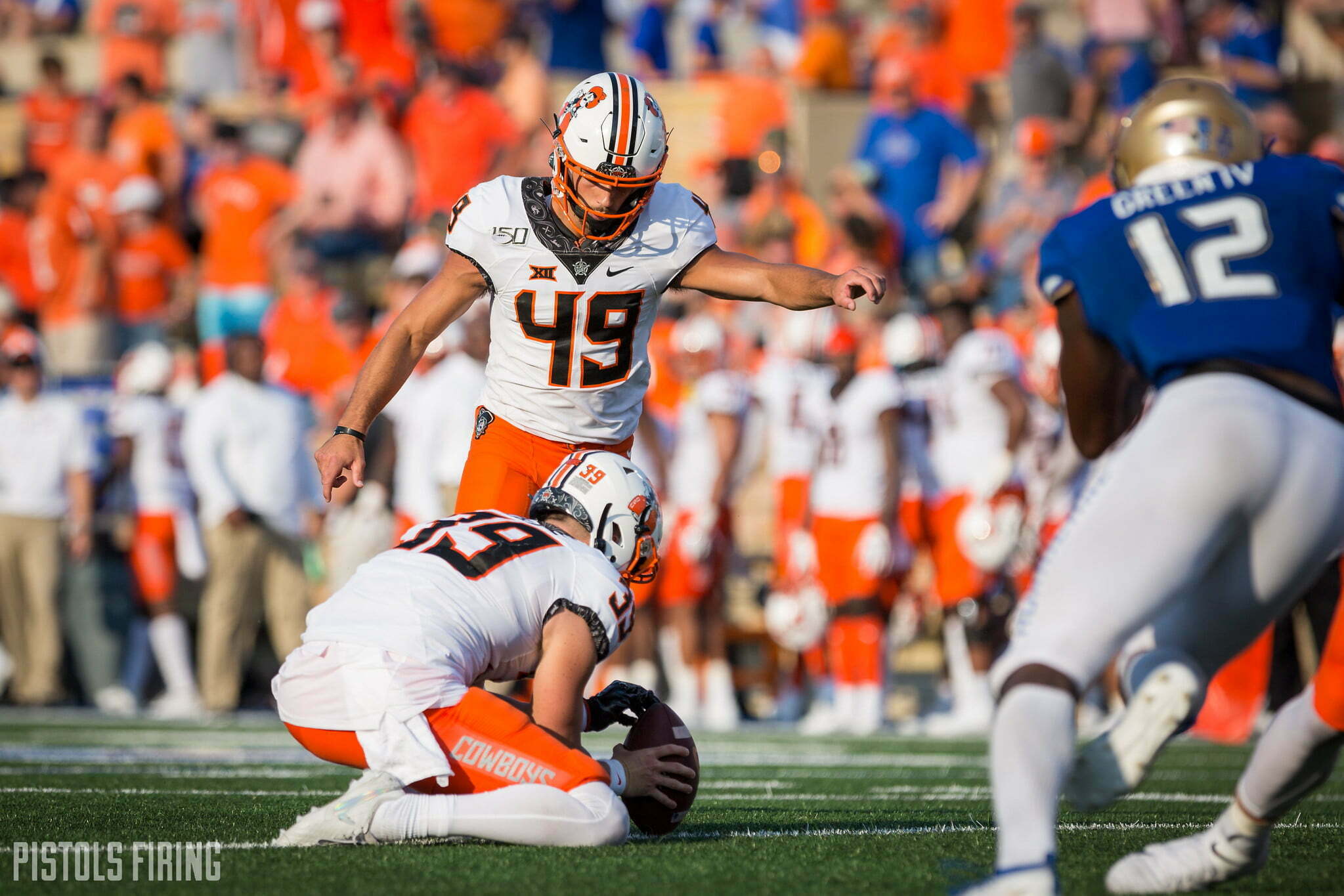 The regular season is over. There’s only one Big 12 game left this decade, and it’s an improbable (?) Big 12 title tilt between OU (expected) and Baylor (not expected!). Here’s a look at the final regular-season standings via Big12Sports.com. 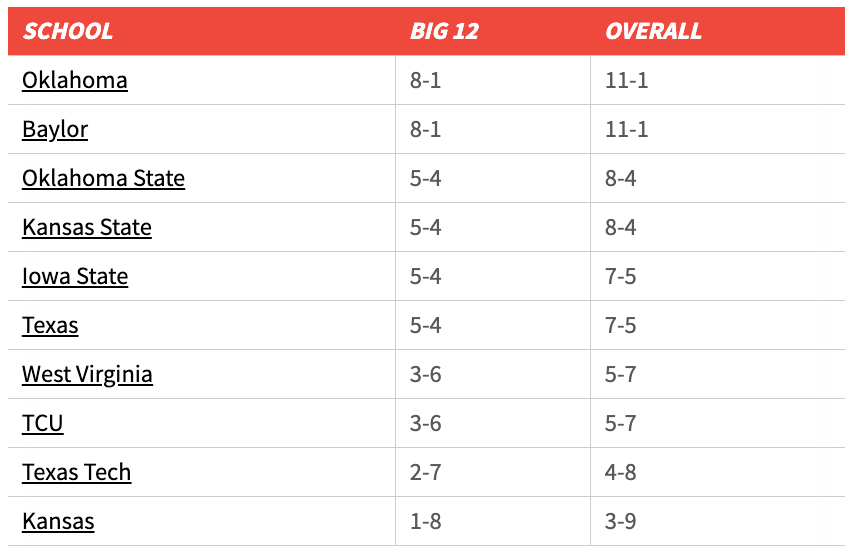 OSU finished in a tie for third place in the league, although according to the Big 12’s tiebreaker procedure, I think Texas is actually technically the third-place team by using these two steps.

If three or more teams are tied, steps 1 through 4 will be followed until a determination is made.  If only two teams remain tied after any step, the winner of the regular-season game between the two tied teams shall prevail.

1. The Conference records of the three or more teams will be compared against each other in a “mini round-robin” format.

OSU and Texas are both 2-1 against the other three times they’re tied with, and Texas beat Oklahoma State. Anyway, here’s a refresher on the Big 12’s bowl ties in order.

Now let’s roll through the projections following the final full slate of the season.

• It’s tough to look at those Big 12 standings and not think about the Tech loss.

• Another year, another Iowa State season with fewer than nine wins. Rinse, repeat.

• Somehow these projections are getting less congruent as the season wears on. The one I trust the most now has OSU in the Alamo Bowl — which is a nice Bedlam consolation trophy — but everyone else has them in either the Camping World or the Texas Bowl. And several have (understandably) flip-flopped in recent weeks.

• Here’s the scenario to get to that Arroyo Bowl projected by BS: OU wins the Big 12 title and slithers into the No. 4 slot in the CFP. This would require them jumping Utah and also (probably?) Georgia losing to LSU on Saturday. If all of that happens and OU gets in, then Baylor goes to the Sugar and one of the four teams tied for third gets the Alamo.

This is a remarkable quote from the Texas A.D. Not Texas State. Not Texas A&M Corpus Christi. The University of. Texas.
(From: @Horns247 @ChipBrown247) pic.twitter.com/6KiyrDAr0z

I guess I’m a bit confused as to why the Alamo wouldn’t take Texas though. Horns haven’t been since 2013 and each of the other three programs has been since then. Also, a Texas crowd in San Antonio seems like it would be perceived as a lock (even if it isn’t actually a lock). Here are all the Alamo Bowls dating back to OSU’s thumping of Arizona in 2010.

• So if OU gets in and if the Alamo goes Texas, then it’s either going to be the Camping World Bowl or the Texas Bowl for the Pokes. I’d take either a matchup with ND in Orlando or A&M in Houston. I’d probably prefer to cover the latter but prefer to watch the former.

• It would be an absolute delight to beat the Ags after the trash they’ve been thrusting upon their former conference. Win 10 games.

You talking about the conference where you went 37-44 for the last decade you were in it? https://t.co/4jG1Ycfhfk

• But really, Alamo against Oregon would be incredible. An unbelievable gift of a postseason appearance after what was looking like another 6-6 or 7-5 season against a team that a few weeks ago was being talked about as a potential CFP participant.