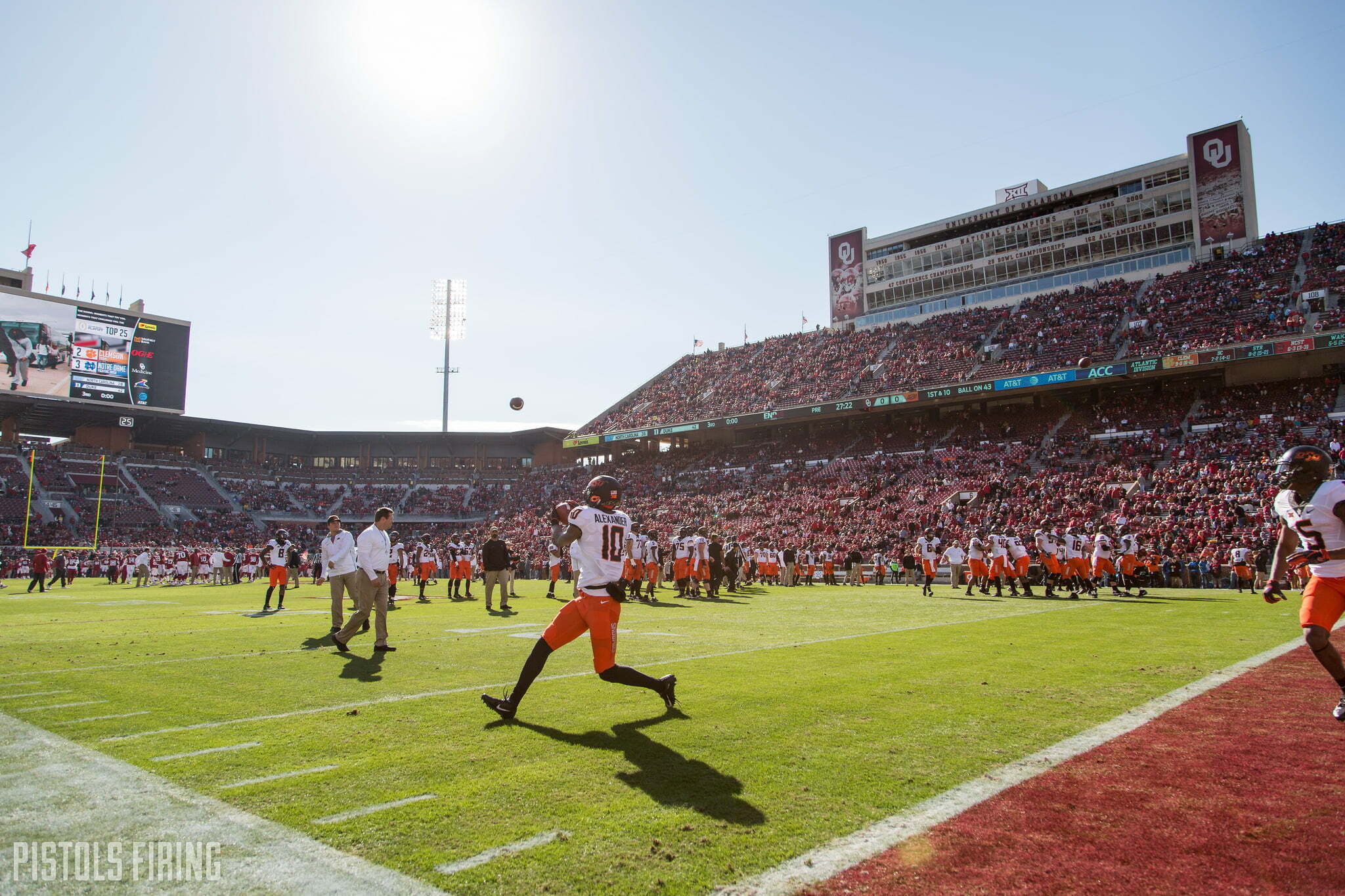 That’s four different bowls and five different opponents from just six different prognosticators. I personally think (and hope!) the Texas Bowl is currently the most likely destination for the Pokes if OU gets into the CFP (which they will with a win over Texas this weekend). Here’s how it should shake out for the Big 12.

The top four are pretty locked. Then it gets weird. OSU technically finished behind the other two Big 12 bowl qualifiers (TCU and Baylor) because they somehow lost to both of them, but bowls aren’t constrained by technicalities in conference finish. The Texas Bowl gets first choice after the top four and can take either TCU, OSU or Baylor.

If Texas A&M is the opponent, I would think (guess?) it’s more appealing to open up your market to two states rather than constrain it to one (maybe that’s the justification in my head because I do not want to be in Memphis on New Year’s Eve to watch OSU-Mizzou).

Who knows. It will all come down to what the Texas Bowl wants to do. Heck, A&M might not even end up there if Georgia wins the SEC Championship. That could both bump A&M up and push OU down a peg (because they’d probably be in the Sugar and not the CFP), which would mean OSU would either end up in the Liberty, Cheez-It or Armed Forces Bowl. If OU does go to the CFP, one Big 12 bowl slot likely won’t be filled.

Obviously the disaster scenario is from crooked USA Today, which predicts the Jalen McCleskey Bowl in Ft. Worth with McCleskey’s former team taking on what is presumed to be his new one in a Dec. 22 tilt. /unsubscribe