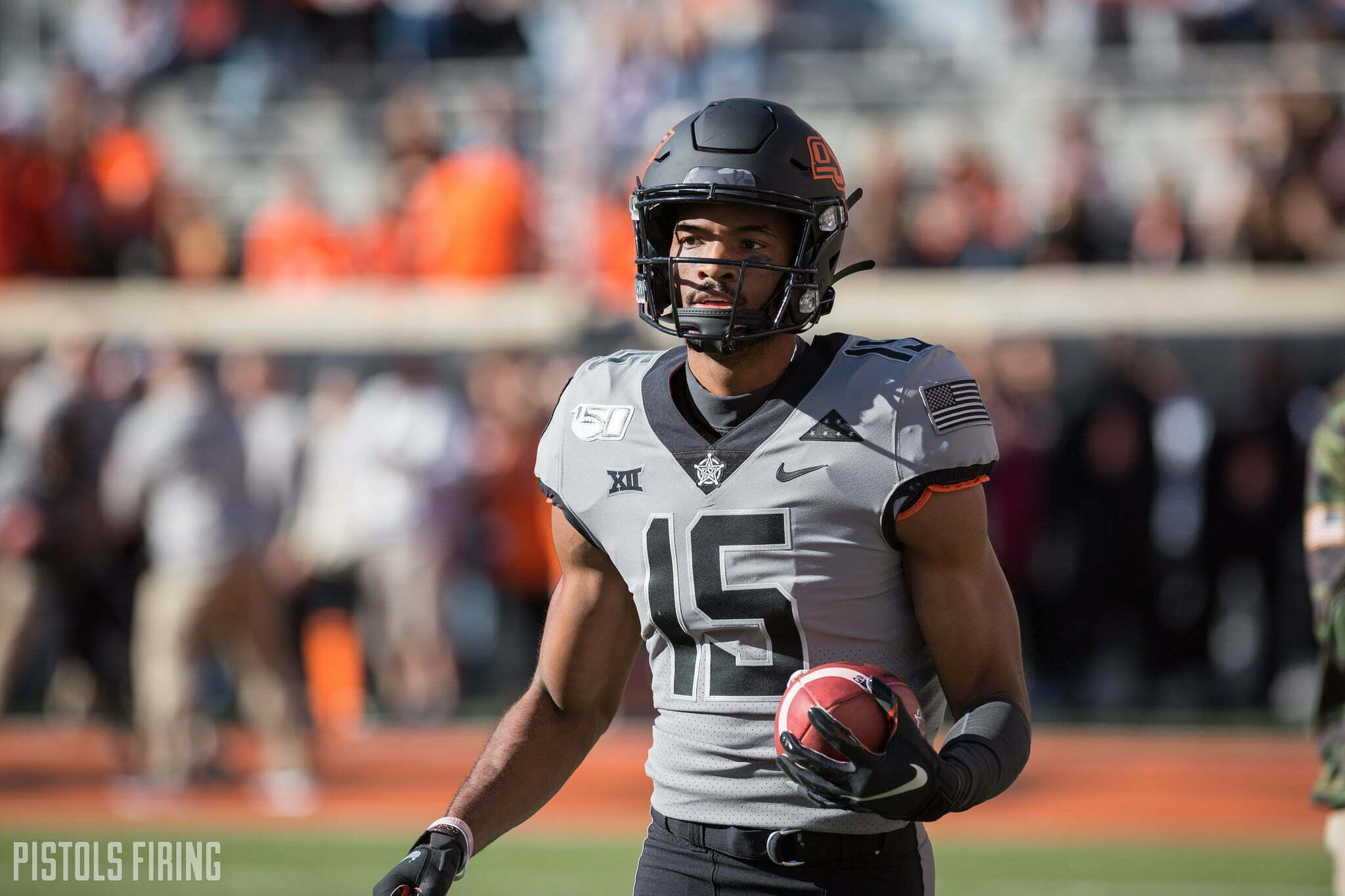 With another win over the weekend, Oklahoma State has [checks notes four times] moved into a tie for third place in the Big 12 with just two games remaining on the conference slate. Their Big 12 title game hopes are fading like Baylor in the second half on Saturday, but a nice bowl game is still very much in reach.

Here are the current standings. 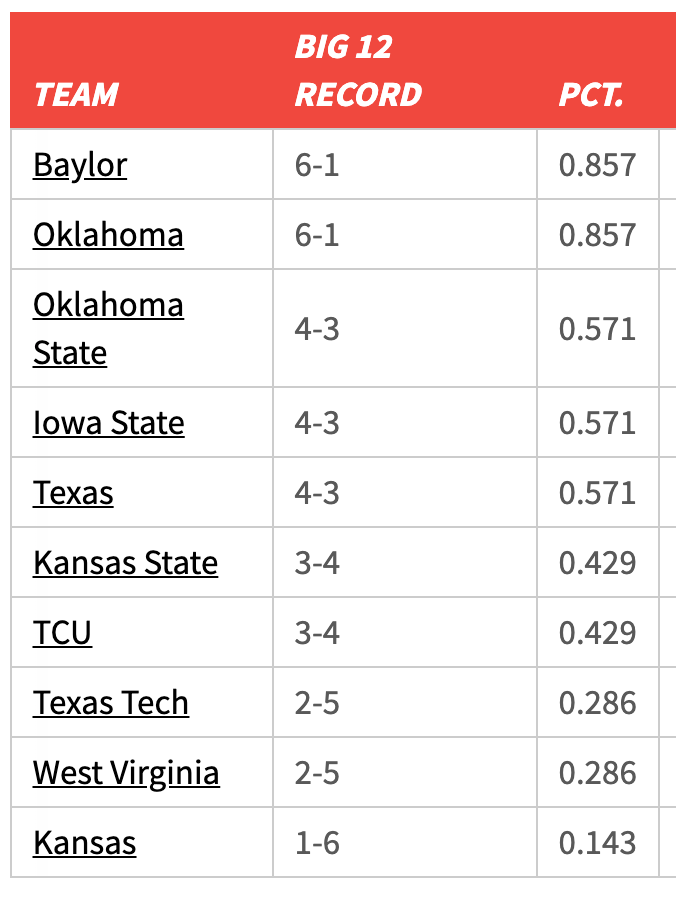 • I’d forgotten this until Berry Tramel reminded me, but if you finish inside the top 10 in the final CFP rankings, you’re guaranteed a NY6 bowl. The scenario there for OSU is probably a 11-1 OU team losing to Baylor in the Big 12 title game but finishing, say, ninth in the final standings and getting the Cotton Bowl with Baylor in the Sugar. I don’t think a two-loss Baylor team would finish in the top 10, but this scenario would bump everybody up a spot in the bowl projections (and help OSU!).

• ESPN, McMurphy, 247 and Banner Society have either Baylor or Texas in the Alamo Bowl, which makes sense. Those teams are either tied with or ahead of the Pokes in the current Big 12 standings and both would probably (?) be better draws for a game in San Antonio. But CBS has Kansas State (?!) in the Alamo ahead of the Cowboys, which they have in the Texas Bowl. There’s a good chance OSU does end up in the Texas Bowl, but it’s not going to be behind Kansas State (CBS has OU in the CFP, Baylor in the Sugar, Texas in the Camping World and ISU eating Cheez-its).

• Notre Dame continues to be the most intriguing and compelling matchup. Tramel thinks the Camping World would be more likely to take Texas or Iowa State — which is probably true, especially in the case of Texas — but the Alamo would also jump at the Horns, and ISU might still finish behind both teams #Win9Games.

• We should just rename any OSU-Kentucky game the Cade Cunningham Bowl brought to you by Instagram.

• I’m beginning to wonder if it’s even possible for OSU to make the Alamo Bowl. For that to happen, either Baylor has to finish in the top 10 (see above) or OU has to make the CFP. OU making the CFP right now seems like it’s going to be a 50/50 proposition if they run the regular-season table — 538 currently has them at 35 percent make and bumps it to 40 with a win over TCU.

But that would mean a Bedlam loss for the Pokes. Even if Texas and Iowa State lose again and Baylor fills the Big 12 slot in the Sugar, there’s no chance the Alamo is taking OSU over Texas if OSU has four conference losses. It seems like Baylor (if OU misses the CFP) or Texas (if OU makes it) are the most likely Alamo candidates. 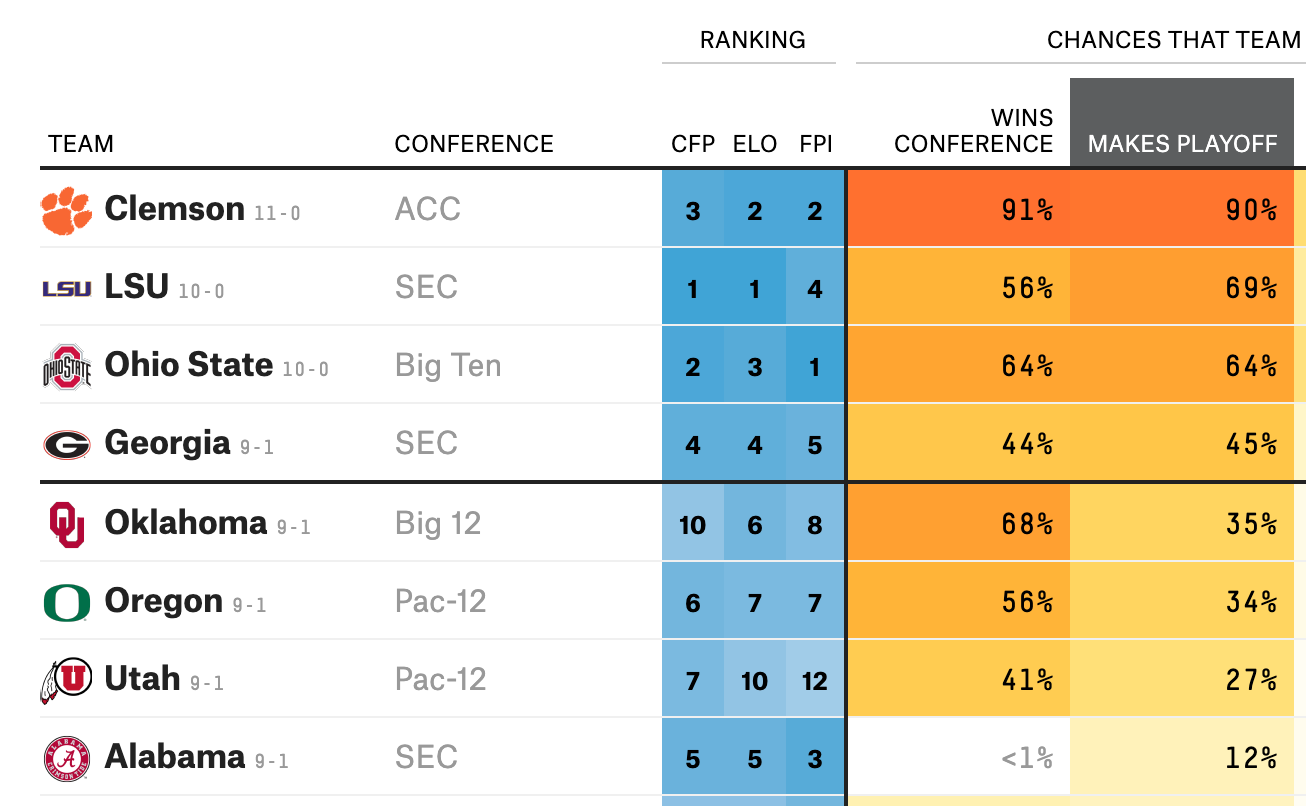 • If OSU wins Bedlam, then OU is definitely out of the CFP, which would mean OU and Baylor fill the Sugar and Alamo. Then the Camping World would be interesting. Can you take a 7-5 Texas team over a 9-3 OSU team? I guess, but I don’t know that they would. Regardless, if Bedlam goes how Bedlam has gone, I think the Texas Bowl against a SEC team is the most likely scenario for Mike Gundy and Co. in their 14th straight bowl game.