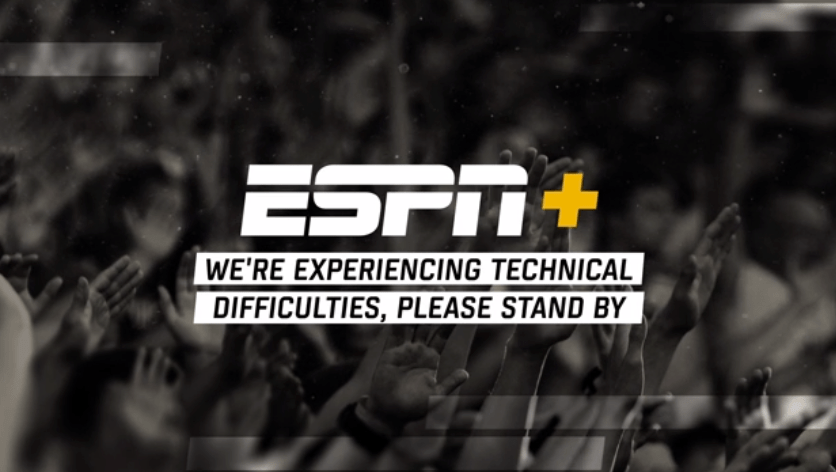 If you watched the Oklahoma State-Kansas State game on ESPN+ like I did, well, it was a ride.

From a camera angle on field goals and extra points that looked as if it was being shot from the moon to an outage at one point when OSU got in the red zone (ALL THE JOKES!), the entire production was closer to the amateur end of the pro-am scale than any of us would like.

“I don’t have an answer for you as to why that would be,” Big 12 commissioner Bob Bowlsby told the Wichita Eagle. “Probably something was malfunctioning, because the production is exactly the same as they are doing on every other game. At least it’s supposed to be.”

Well if it is, that wasn’t it.

And listen, I’m not anti-ESPN+. I’m not against the idea of a digital network for the Big 12. I think it’s at the very least intriguing, and at most it has more upside than Ja Morant. But boy, it felt at times like I was watching something a university produced and not something a multi-billion dollar organization with an impetus to get into the digital space produced.

Here’s my biggest issue, beyond all the, uh, not super compelling announcing and camera angles, lack of yellow first-down lines and upside down microphones. My biggest issue is actually with the picture. It’s not great. If it’s great and it flows and I can rewind and fast-forward easily and cut GIFs and do bloggy things then I can deal with all the other stuff. That stuff is secondary or tertiary.

YouTube TV figured this out. That’s my new cable. It actually doesn’t cost much less than my old cable, but as a team at PFB we can put multiple accounts on there, watch from any device and rewind and fast forward easily. More importantly, it’s crystal-clear and pretty much always works. I love YouTube TV.

ESPN+ has a real opportunity here to appeal to the digital generation by nailing the picture quality and offering features like multiple times (10 sec., 15 sec., 30 sec.) to rewind and fast-forward or even a button where you can cut a GIF to put on social while you’re watching. Forget $4.99, I’d pay $499.99 a month for that! (Maybe I’m alone!). The point is that there’s some space for ESPN to race out in front while using the Big 12 as a guinea pig.

They have some room to experiment before everyone hops on board, and I hope they do. But what I’ve seen this season has felt less like they’re excited about experimenting and more like they’re just trying to get by.

I realize it sounds like I’m just popping off about first-world problems — and there’s probably some truth to that — but as a consumer there is a standard I’ve come to expect in 2019 that ESPN+ hasn’t yet met. It’s just basic business. I think everyone — including ESPN+ — would agree with that.

Here’s what the network told the Wichita Eagle.

“During Saturday’s Kansas State at Oklahoma State game, our production encountered issues that affected the viewing experience of our fans during brief portions of the game. We apologize for the problems.”

“The issues were offsite routing and transmission issues, as well as lightning in the Stillwater area, and were not related to our Big 12 Now on ESPN+ platform. We are working to ensure these isolated issues do not happen again.”

Fine. Yeah, that’s ok. I don’t care about any of that. Those things happen. What I care about more is quality of production (announcing, graphics, rhythm to the broadcast) and — like I mentioned above — quality of the picture and sound.

Disney acquired a stake in a company called BAMTech a few years ago, which is ostensibly what they run their broadcasts through. BAMTech is a spin-off of MLB Advanced Media. I don’t do MLB games on Apple TV or anything like that, but I can’t imagine the quality is at the level that ESPN+ has been for Big 12 games thus far.

One thing I hadn’t thought much of that was brought up in that article above is that double-digit OSU basketball games are going to be on ESPN+ starting in about a month. If those look anything like what I’ve been watching thus far on the football side, it’s going to be … interesting.

And listen, this is likely a speedbump in the long connecting highway between analog and digital. ESPN is smart and resourced and will figure all of this out (probably). Plus, producing in the digital space is really, really hard. But it’s not been an ideal start for the Big 12-ESPN digital relationship, and the unfortunate part is that everyone in this triangular relationship has already gotten what they’ve wanted except for fans watching the games at home.