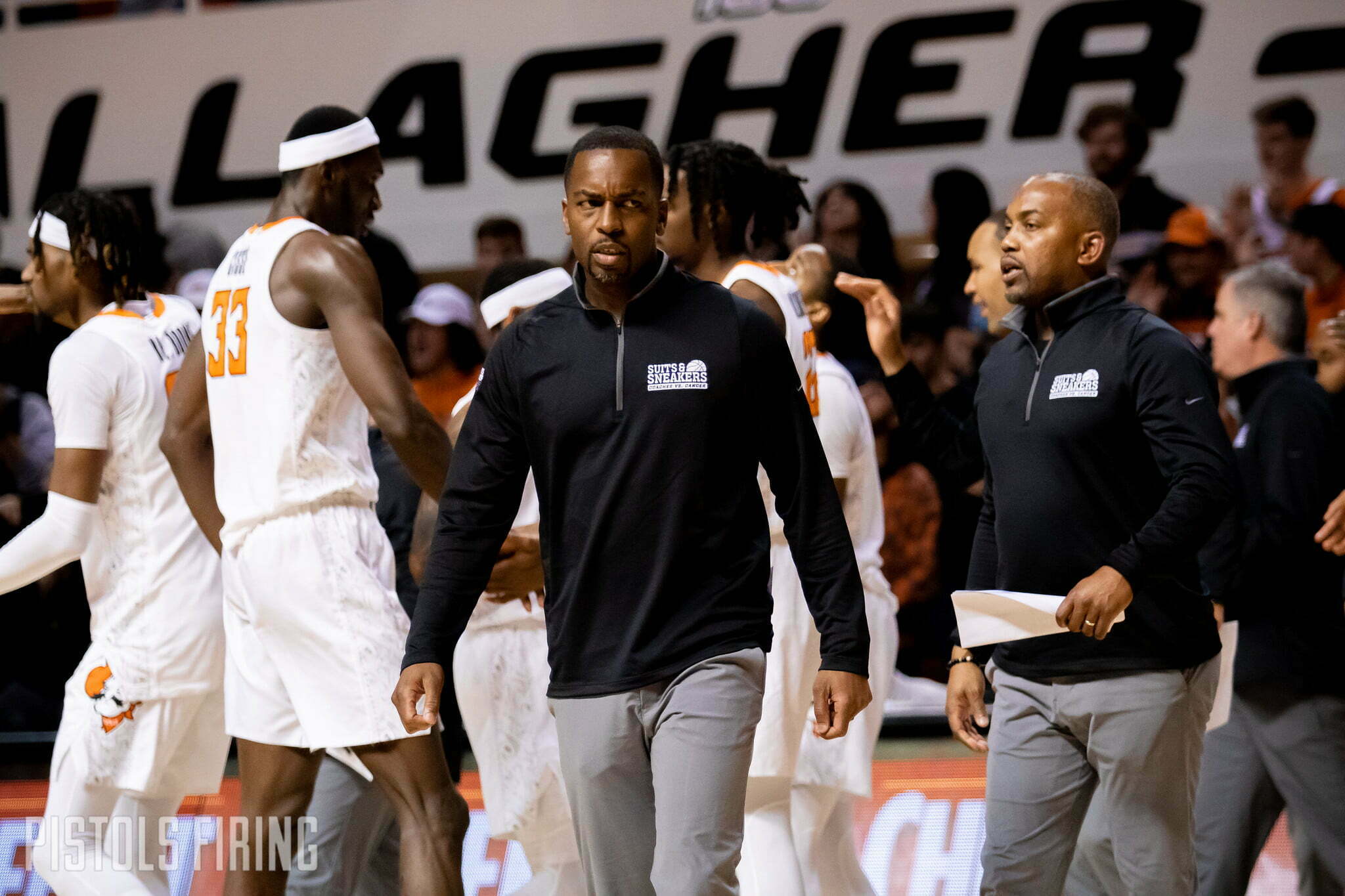 STILLWATER — When Mike Boynton met with reporters at 9 a.m. Monday in Gallagher-Iba Arena, he said he hadn’t slept in 28 hours.

Boynton’s Cowboys built a 16-point lead against Florida this weekend only to have it crumble into a nine-point loss. Boynton called the Jekyll and Hyde halves a microcosm of what this season can be for Oklahoma State. At their best, the Cowboys beat then-No. 1 Baylor in Waco. At their worst, they’re surrendering double-digit leads in the Sunshine State.

“We had nine assists in the first half and one in the second half,” Boynton said Monday. “The team who had nine assists in the first half, really good, can beat any team in the country. The team that had one assist in the second half can be beat by anybody in the country. Somehow, we happened to have both of them play within a 15-minute break of each other.”

Boynton said it’s his job to build that consistency, saying it’s not rocket science: when guys aren’t doing what they’re supposed to do, they won’t play. Boynton said the team doesn’t have selfish people but the one-assist second half against the Gators is indicative of selfish play.

True to his Brooklyn roots, Boynton compared the selfish play to a pepperoni pizza. Boynton said guys are getting upset that their slice of pizza might not have as many pepperonis on it as someone else’s, rather than just being happy that the team is eating pizza. Every slice of pepperoni pizza isn’t going to have the same amount of pepperonis, and that’s not purposeful. It’s just how it is.

“You get to go to K-State [on Wednesday] if you can help us win,” Boynton said. “That doesn’t mean you’re gonna play, but we’ll have shootaround if you’re gonna be somebody that’s there to help us win. But if getting your points and improving your stock is a part of your thought process, then you don’t get to travel with us to K-State.”

The elephant that has been in every gym this team has been in this season is where it finds to motivation to win with the NCAA Tournament ban. There isn’t a postseason to play for. At 3-5 in league play, a Big 12 regular season championship feels unlikely given the Cowboys are tied for sixth in the league with 10 games to play. But Boynton said his team needs to grow up.

“This is life, and bad sh-t happens,” Boynton said. “You don’t get to pout about it forever and then turn what’s supposed to be a team game into a game about me.

“… When the [NCAA] decision happened, it was a natural reaction to rally together, but they haven’t been able to hold onto that because they’ve been distracted by, ‘Well, if we can’t accomplish these things that we talked about in June, July, August and September, then maybe I should focus my attention more on what do the NBA scouts think about my game.’ When you’re not that kind of player, you look bad trying to do it by yourself, and the numbers speak to guys who aren’t playing team basketball consistently enough. We have every now and then. When we do, we beat the No. 1 team in the country on the road. We beat a Texas team that’s probably gonna be a higher-seeded team in the NCAA Tournament at home. But we’ve also had some head-scratching losses because that selfishness continues to kind of rear its ugly head inside the locker room.”