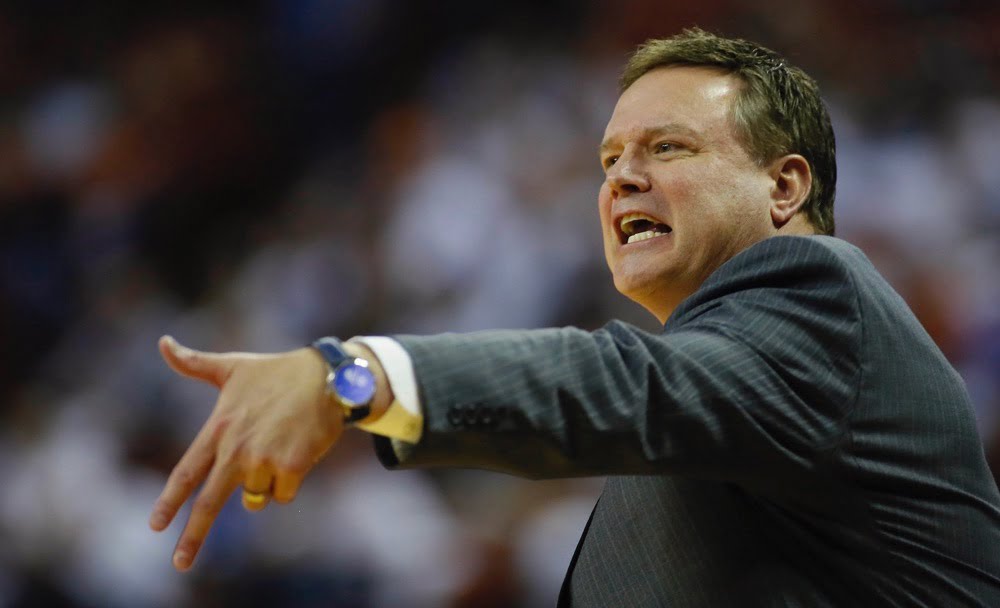 Brad Underwood is already stirring it up with Bill Self, and I love it. Self held his weekly press conference on Thursday to discuss Saturday’s sold-out game with Oklahoma State. He was prophetic in the preseason about the fact that Underwood would crush in Stillwater.

“He’s done a phenomenal job,” said Self. “He would be my pick for conference coach of the year without question. There are a lot of guys who have done jobs, but I don’t think anyone has done a better job than Brad. It would be hard to have a great record playing those six games to start.

“He’s done a fabulous job. He’s a good coach and a good guy. He fits that university very well from the outside looking in.”

Then came the tweak from Underwood.

“I think guys enjoy playing in front of rowdy atmospheres,” added Self. “We’ve played in front of our fair share there. Of course Saturday, if you guys haven’t seen Gallagher when it’s jumping it’s as good as any place in America. I know it’s sold out. Underwood texted me this morning to remind me it’s sold out.”

GIA has owned Kansas in the last seven years, too. Owned!

Who knows whether the streak continues on Saturday, but you can bet Underwood will be fired up about taking it to the man who formerly recruited him to come to Stillwater as a player.