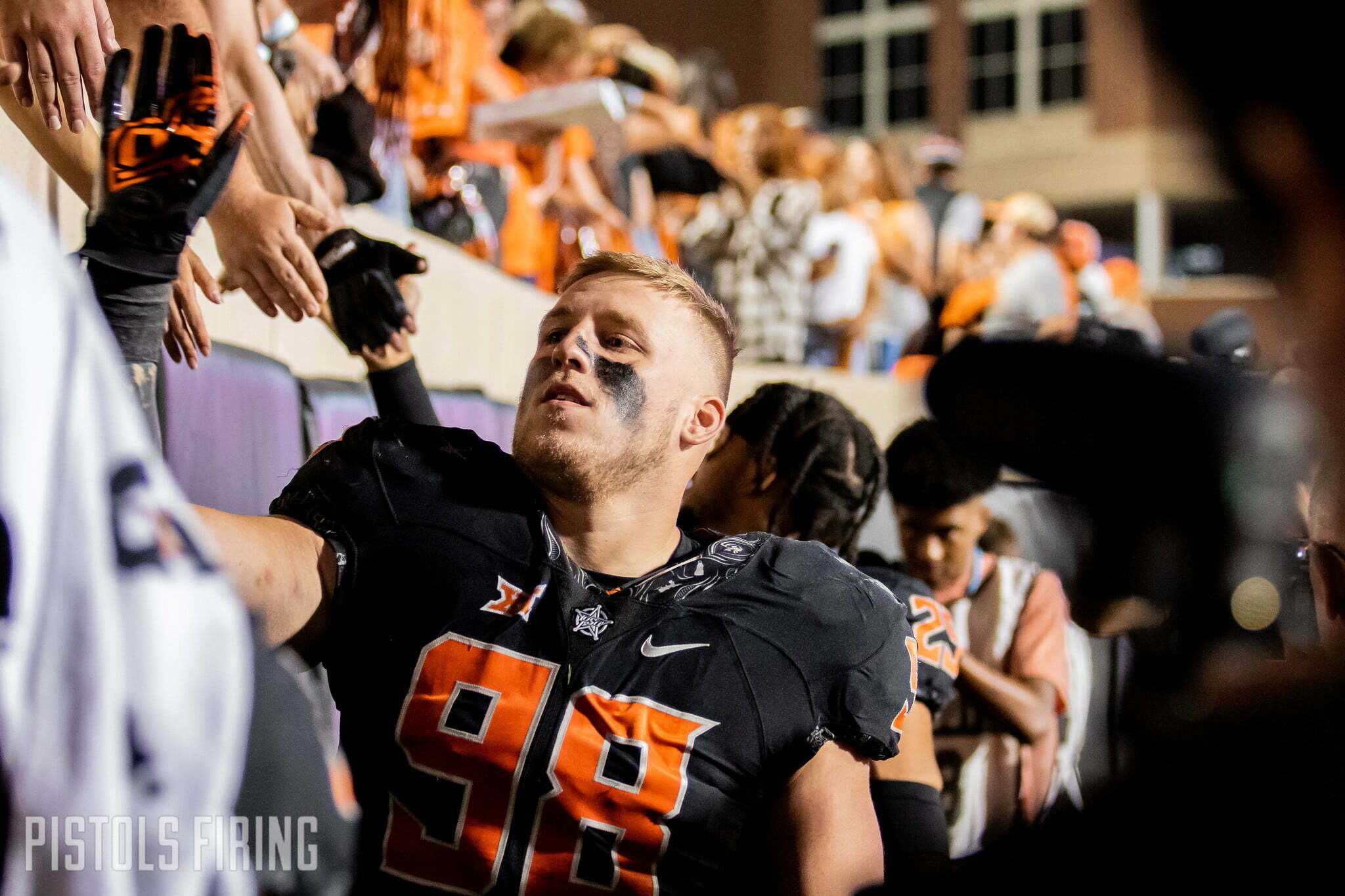 Two weeks ago, after a regular Tuesday practice, OSU defensive tackle Brendon Evers arrived to his media appearance battered and bloody. Blood on his towel. Blood on his hands. Blood on his face. Blood . . . everywhere. His nose had a gash about the size of a golf tee that at one point had apparently been spewing like Old Faithful. And Evers wore it with pride as he grinned through his media availability. To the outsider, this was an alarming sight. To Evers, though, this was business as usual.

Evers on Thursday, just over two weeks after that practice, announced in a stunning bit of news that he will forgo the remainder of his season in 2022 to prepare for the NFL and professional pursuits, sending shockwaves throughout the fanbase. On social media, he was condemned with the sort of where are we at in society rhetoric that seems to follow when players walk away during the season.

But Evers should be lauded, not lambasted, for his tough call to do what he felt was best.

Football is a sport to fans but for players it is equal parts fun and war. In games, they put it all on the line to stuff running backs on third-and-1. In practice, they go hard on random Tuesdays so they can be prepared for gamedays. The physical and emotional toll they persistently put themselves through to perform is exhausting.

And Evers has done this for years. He has sacrificed his body for his teammates on a weekly basis to try and perform at the highest level. He had not one, but two reconstructive shoulder surgeries last offseason. Those aren’t believed to be the only surgeries he’s undergone while at OSU. And he was again dealing with injuries this season. He told The Oklahoman‘s Jacob Unruh that he had battled through an injury suffered in Week 1, but it got too bad for him to continue. He didn’t even have to come back for an extra year but did so to try and bring a championship to OSU.

Ultimately, Evers did what almost everyone would do in his situation: he made the right call for himself. After dealing with injuries throughout his college career, he’s decided he wants to look toward the 2023 NFL Draft. Wants to be 100% for his professional career. Wants to stop trying to fight through persistent pain and injuries for now. He wants to do what he believes is best for his future. Can you blame him?

Around Stillwater, Evers has drawn praise as one of the toughest dudes on the team. He has battled through injuries to perform. He has done media availability while literally dripping blood. He has sacrificed himself for his team. Courageously, he has fought. So it’s fitting now that in his final act as a Cowboy, he courageously has made the difficult decision, knowing that there would likely be backlash facing him, to step away and look toward his next chapter.