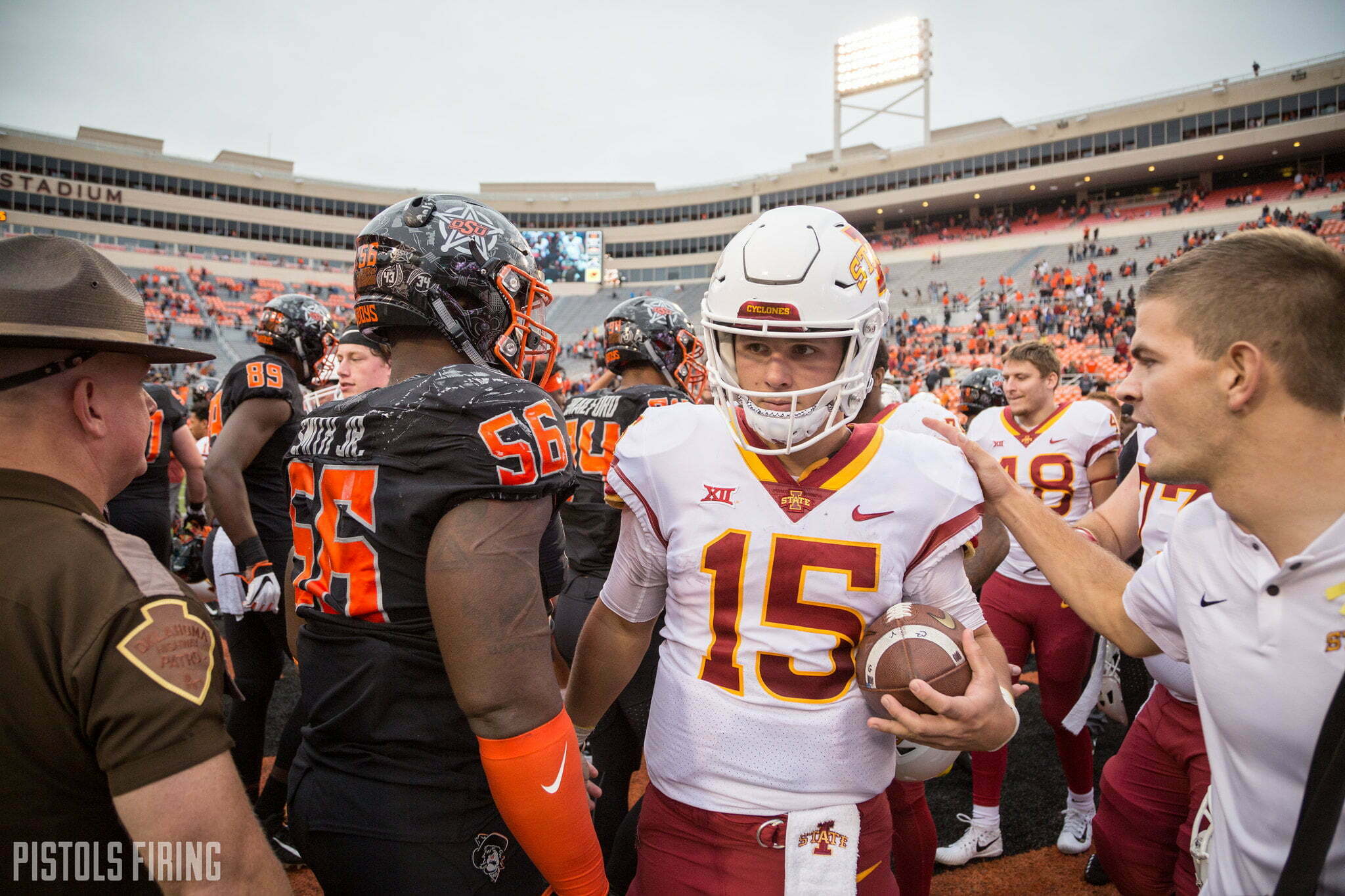 The only thing Mike Gundy knew about Brock Purdy in 2018 was from the little the Cowboys recruited him.

Purdy, Iowa State’s quarterback, came off the bench as a true freshman in Stillwater in 2018, throwing his first 23 passes as a collegiate player. He finished 18-for-23 with 318 passing yards, four passing touchdowns, 84 rushing yards and a rushing score.

“We didn’t know anything about him,” Gundy said Monday. “We had him on our radar from a recruiting standpoint. We liked him, but we had Spencer [Sanders]. We felt like that he was gonna be a good player. Then, obviously, Iowa State got him.”

Purdy was a late riser in the 2018 recruiting class, but when he rose, he rose.

In three seasons at Perry High School in Gilbert, Arizona, Purdy threw for 8,932 yards and 107 touchdowns. However, it wasn’t until after his senior season was over when his recruitment started to pick up.

Purdy’s snowball started rolling with Boise State. Then Kansas. Then UCF. Then Iowa State offered Purdy Jan. 11, 2018, more than a month after his senior season. It was good the Cyclones got in when they did because then Prudy’s notoriety started to take off.

On Jan. 16, 2018, Alabama offered Purdy a scholarship, sending coaches to his house to try to seal the deal. Texas A&M would offer the next month.

Gundy and Co. never offered. The Cowboys had their guy in Spencer Sanders, who committed to Oklahoma State a year and a half before Purdy even got his Iowa State offer.

For what it’s worth, Alabama ended up flipping Arkansas State commit Layne Hatcher late in the 2018 cycle. Hatcher has since transferred back to Arkansas State.

Purdy’s success helped open the door for his younger brother, appropriately named Chubba. Chubba Purdy is a freshman quarterback at Florida State. He was the seventh-ranked quarterback in the 2020 class.

Since stunning Stillwater, Purdy has gone on to become arguably the best quarterback in Iowa State history.

Not even halfway through his junior year, Purdy already ranks second in Iowa State history in career passing yards and passing touchdowns.

When people look back sometime down the road at Brock Purdy’s college career, they’ll see it all started that October afternoon in Stillwater.

“When he came in, we didn’t know anything about him at that time,” Gundy said. “That was really the first time anybody had seen him. But he’s off and running, has had a really good career at Iowa State.”