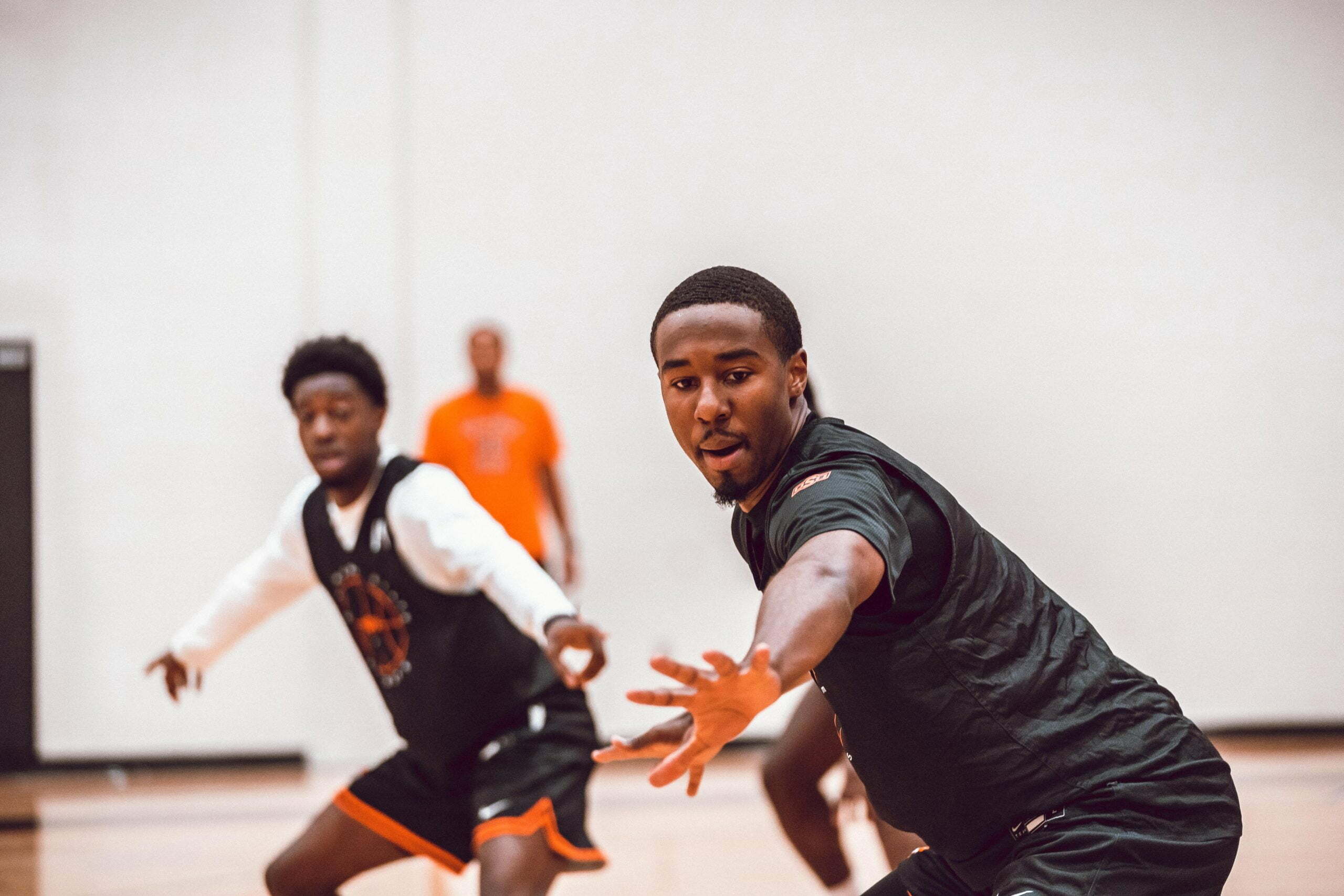 STILLWATER — As a high schooler, Bryce Thompson was treated like a celebrity when he entered Gallagher-Iba Arena.

A five-star prospect at Booker T. Washington in Tulsa, Thompson visited Oklahoma State when the Cowboys took on Oral Roberts in 2019. “We want Bryce” chants echoed through the student section and some students made signs telling Thompson to “Come on home.”

At the time, it didn’t work. Thompson elected to play his freshman season at Kansas. After an up-and-down year in Lawrence, Thompson entered the transfer portal and made his way home. A few weeks into official practice, and apparently the homecoming is going well.

“I gotta brag on Bryce a little bit, even from my own standpoint,” OSU coach Mike Boynton said last week. “Obviously I recruited Bryce really aggressively for a long time. He made a decision that he thought was best for him at the time. So, I was a little bit concerned how he would handle coming back from the standpoint of did he think it was just going to be easy to come home? And that he wouldn’t have to work as hard? He’s been the exact opposite. We have hard workers. He may be the hardest-working guy we have.”

The Cowboys did lose top NBA pick Cade Cunningham to the draft, meaning there’s room for someone to take over as “the guy” on the Cowboys’ roster. When discussing that Thursday, Boynton mentioned Thompson in that conversation. Boynton said it’s still too early to tell who it will be, though.

Although Thompson is new to the team, he did have quite a few preexisting relationships within it. He knows the Boone twins quite well, growing up in the same AAU program. He played against Walker in high school quite a bit and also knew Tyreek Smith, Anderson and Harris from summer ball.

That level of comfort mixed with the hard work Boynton said Thompson is putting in seems like a good mix for the Cowboys.

“I feel like I’m meshing well with the team,” Thompson said. “I’m able to work a lot of time off the court and just building that bond with them so that when we got on the court, it was just really easy and really smooth. I think it’s been a really good transition.”