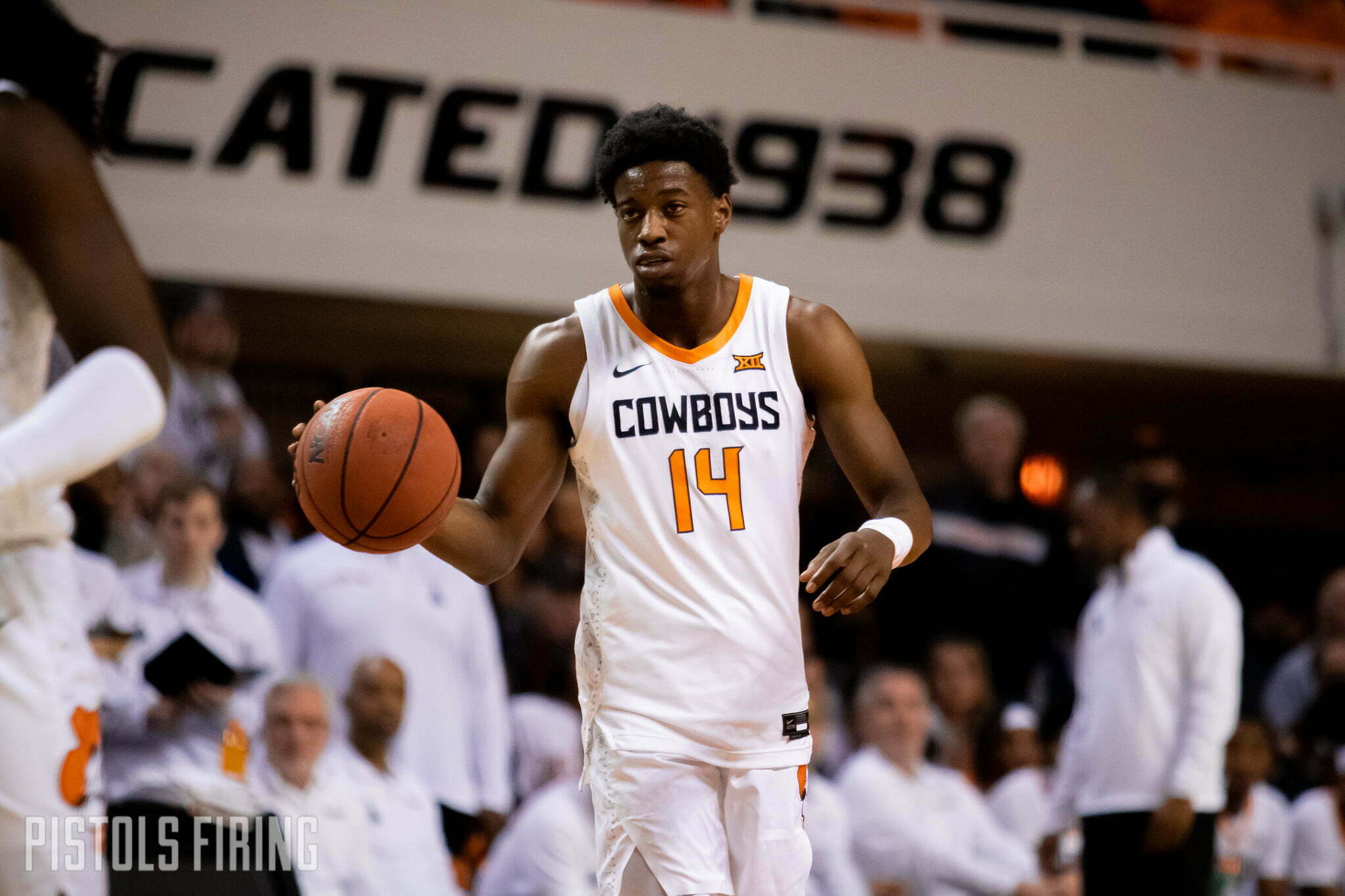 STILLWATER — The Cowboys were without their leading scorer in Austin on Saturday, and his availability for Wednesday’s game against Iowa State is up in the air.

Bryce Williams sprained his ankle against TCU last Wednesday, and he hasn’t played since. He was in a boot and on crutches in Austin on Saturday as the Cowboys fell to Texas 56-51. OSU coach Mike Boynton updated Williams’ status Monday afternoon.

“He didn’t practice [Monday],” Boynton said. “That’s usually not a good sign for him playing, but he’s doing much better. The swelling is almost all the way gone. We’ll see if he can practice [Tuesday]. If he can, we’ll talk about how much he would be able to play Wednesday, but I wouldn’t anticipate him playing, considering he didn’t practice.”

A 6-2 guard from Florida, Williams is the Cowboys’ leading scorer this season, averaging 10.6 points a game. He is also second on the team in steals, with 28, and assists, with 49.

The Cowboys have struggled from 3-point range this season, but Williams’ 19 made 3s trail only Keylan Boone among Cowboys. Without Williams against the Longhorns, OSU attempted only nine 3s, a season low.

OSU also struggled from the foul line in Austin, going 7-for-12 (58%). Williams has made 86% of his foul shots this season, leading all Cowboys who have shot at least three free throws.

Williams has scored in double-figures eight times thus far in his super senior season, putting up a career-high 29 against Cleveland State Dec. 13. He scored 11 points against Texas in Stillwater on Jan. 8, and had a 12-point performance against West Virginia three days later.

Oklahoma State hosts Iowa State at 7 p.m. Wednesday in Gallagher-Iba Arena. The game will be streamed on ESPN+.