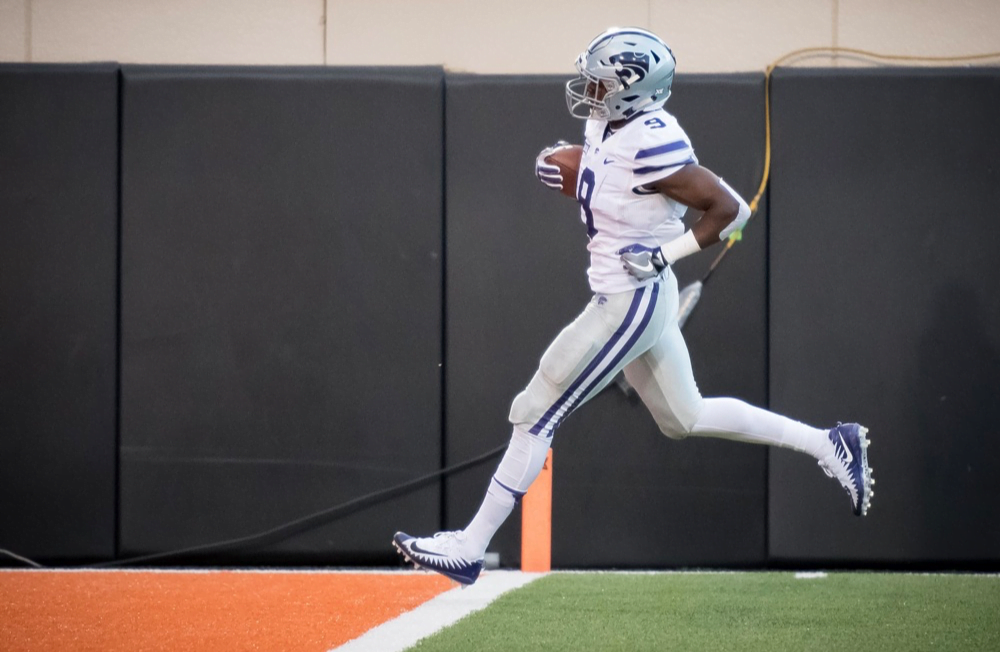 Kansas State ran the same play twice, and both snaps ended with a man named Pringle in the end zone.

Byron Pringle finished the game of his life against Oklahoma State with four touchdowns, three through the air and one on a kickoff return. He only caught four passes but chomped out 255 all-purpose yards and might have just popped Glenn Spencer’s balloon at OSU.

It never even looked like a challenge. On the kickoff return, Pringle wasn’t touched. On the deep touchdowns, there wasn’t a defender within at least a couple of zip codes. A reminder, Pringle plays for Kansas State, a team that averaged 182 passing yards per game coming in.

All that to say Pringle could have been anybody. The OSU defense was just plain bad. Pringle hit the right holes on the kickoff and remembered what route to run on his receiving scores, but that was about it.

A.J. Green, normally good, got caught on two of the Pringle scores, turning his back to the play (THE cardinal sin for a cornerback) while the receiver took a bite out of the middle of the field.

Pringle had only ever hit 100 receiving yards three other times, and one of those came against an FCS team. He had seven career receiving TDs. Now he has 10. Still, Kansas State offensive lineman Dalton Risner said what Pringle did on Saturday wasn’t a huge surprise.

“It’s all just getting the right opportunity at the right time and making it happen. He did an extremely good job…he had a big smile on. You guys don’t see Byron scream or do anything crazy, but he had a big smile on after the game and gave the offense a little speech about how blessed he was. It was pretty cool.”