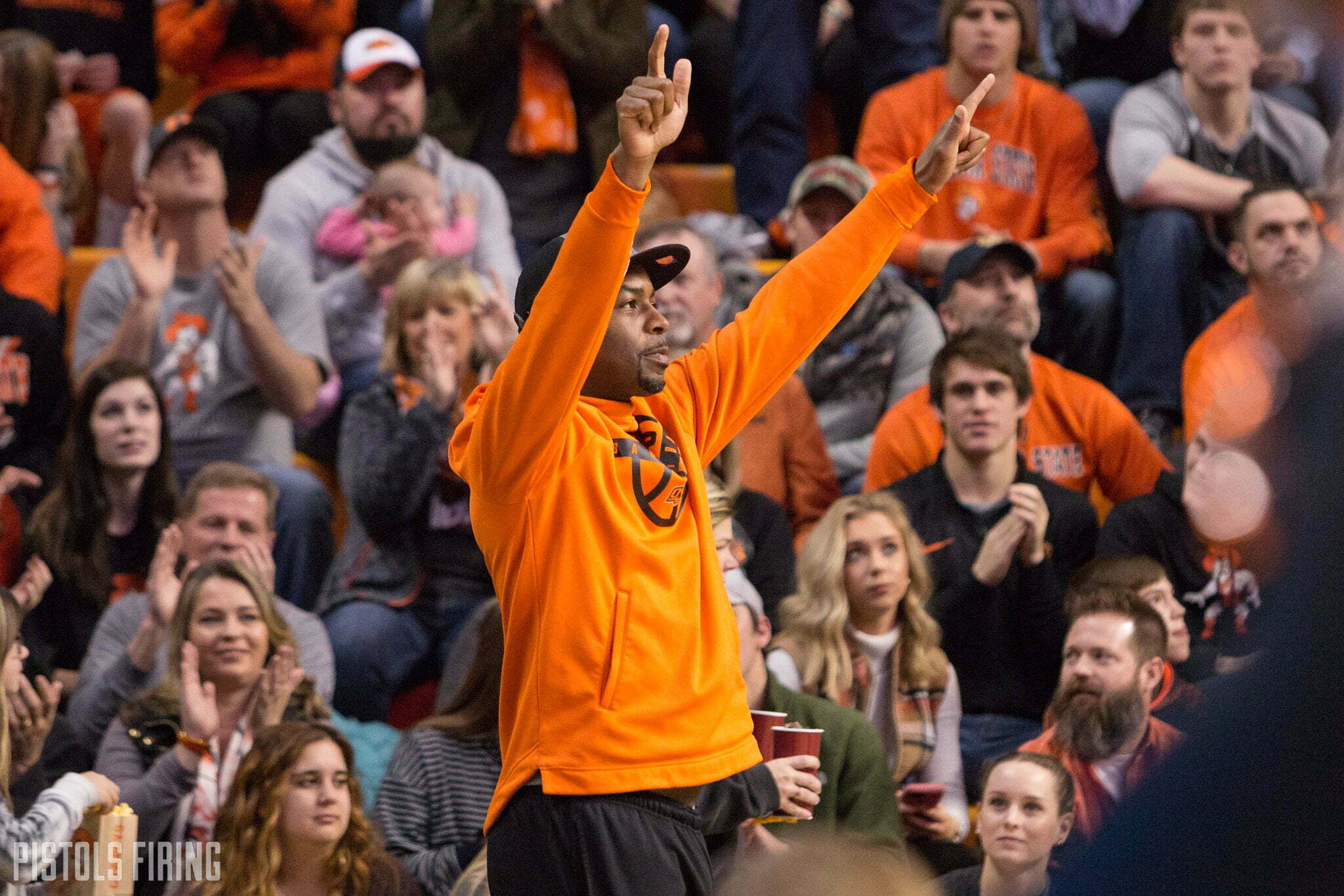 We saw his staged reaction, what do you think his actual one was like? Was it a holler and a fist pump just like the video? Or was it a more subtle sigh of relief? Knowing what we know about Mike Boynton, he probably nodded, fired up the jet and set off to recruit somebody for the Class of 2028.

Cade Cunningham did not need to commit to play his 35 games of college basketball at Oklahoma State to justify the Boynton hire as Oklahoma State’s men’s basketball coach. No single recruit — even one as capable as Cunningham — holds that power. But it was certainly the firstfruits of a labor that began over two years ago when Mike Holder handed Boynton the reins and said, “Go get ’em.”

There have to have been doubts along the way. Despite the placid exterior and cool-as-they-come gait, you know his insides have broiled after hearing that he wouldn’t make it. That he wasn’t good enough. He’s probably asked himself some of the same questions at different times — many of them during last season.

Judging decision-making retroactively based on future results is a really bad way to run your organization. Boynton’s hire wasn’t a home run only if he pulled the biggest fish just like it wasn’t a disaster if he didn’t. Holder made a call at a moment in time based on the information and budget he had at his disposal. Whether it works or doesn’t work doesn’t mean it’s the right or wrong call. There are too many other factors at play for that to be the case.

What we start to see along the way is why exactly Holder made the call. Because we don’t know all the things Holder knew (and knows), it feels like justification to us, even if the reality is that it isn’t.

I don’t know why — and I know it’s probably ridiculous — but I keep going back to Dabo. The story of how he got hired at Clemson. Close your eyes, change some of the verbiage, and it’s not difficult to see Boynton’s story.

At 10:30, his world is turned upside down when Tommy Bowden announces he has been fired. Athletic director Terry Don Phillips then tells the coaches that Swinney, the Clemson wide receiver coach, is the interim head coach. Not the offensive coordinator or the defensive coordinator, but Swinney.

Swinney grabs a notebook and pen and heads toward the athletic director’s office to discuss next steps. On the walk, he thinks about his new life as a lame-duck head coach. He regrets turning down an opportunity months prior to join Nick Saban’s staff at Alabama, his alma mater.

He meets with Phillips, and suddenly his emotions shift. The athletic director, he realizes, is giving him a chance. A long shot, certainly, but an opportunity.

“But in my heart, I believe you might be that best coach,” he says, turning to leave before adding: “Now, it would help to win a few ballgames.”

Clemson got worse before they got better. It always goes this way. They were all right, and then they were bad and now they’re 65-4 in their last 69 games. Dabo sold the hell out of Clemson, South Carolina to the best recruits in the country. He could have parlayed that into a Tier 1 job. Or — as is maybe easier now than it used to be — he could have just turned the place he was at into a Tier 1 job.

Do you remember Gundy’s first whale? It was Perrish Cox. He stole him out of Waco. Bigger whales followed. Dez and Richetti Jones in the same class. Whales rarely land alone. They are almost always accompanied by others (maybe even whales that announce at 11 a.m. on Tuesdays on CBS Sports HQ).

And if to get the first one, you must first get the bigger, older whale brother, so be it. People yelp about that as if it’s an X against Boynton. No, it was just smart. It’s how the game is played. That 15-year-old who will be a top-15 guy in 2023 doesn’t even know who Cannen Cunningham is. He’ll know about Cade though.

OSU is almost guaranteed to have a top-20 class. It will be a fourth consecutive year of improved recruiting class rankings, and it will likely land somewhere in the top 10 with the potential of the No. 1 pick in the 2021 National Basketball Association’s annual draft wearing the cursive Cowboys next season. I still can’t believe that’s a real thing.

Maybe Boynton can’t either. Maybe he’s just as stunned as we are even though he lived the whole thing. But I doubt it. When you bet on yourself and your own future and double down on the work, this is usually how things play out. Not always, but usually.

So landing Cade Cunningham doesn’t justify Holder’s hire or Boynton’s existence. What it does is remind both parties that despite all the noise and the nonsense, the trajectory of this thing is pointed in the right direction, which as long as Boynton has been in power is the only direction it has ever been pointed.