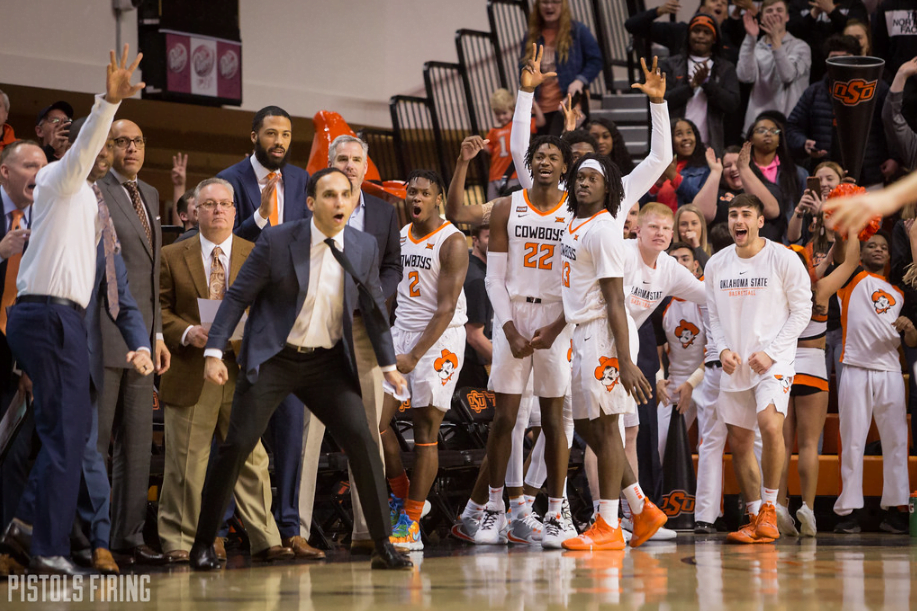 I’ve tried to remain optimistic about the future, which I admit is getting more difficult with each passing Dizzy missed trey and every puzzling Yor box score. When OSU wins one game in January and goes into February with not much to play for other than getting to the end of the year and onto a new class, it’s tough to know how to feel about it all.

That new class means that Cade is coming of course — Cade is coming should probably be a t-shirt — which is the greatest reason to remain optimistic at all. Basketball is not like football. If you’re winless halfway through the conference season in football but you have a top-15 recruiting class coming in, there is reason to hope, but that hope won’t crystallize until two or three years out into the future. With hoops? It can flip quickly. It’s a good reason to not give up on Mike Boynton, even if the trajectory is, uh, not what we thought it would be.

Cade Cunningham became the No. 1 player in the 247 composite rankings for the Class of 2020 this week, which is incredible. He’ll bring with him some other solid players (and potentially a few more stars depending on how the last few months of recruiting play out). The last five teams to land the No. 1 player in the nation are a combined 126-38 in the season in which that No. 1 player got to campus. Four made it to the Dance with those No. 1 players. Three made it to a regional final (with Memphis’ 2020 fate yet to be determined, although they’ve now lost their No. 1 player).

The bad news is that 14 of those 38 losses came when LSU landed Ben Simmons in 2015 and proceeded to go 19-14 and miss the NCAA Tournament in 2015-16. The other four teams were Kansas, Duke, Duke and Memphis, two of which are good no matter if they have the No. 1 guy or not. At this point, there’s a lot of reason to believe that the LSU reality is more likely than the other ones.

But there’s still room for OSU to expand its talent pool over the next few months. Let’s say it lands Donovan Williams and Matthew Alexander-Moncrieffe and checks in at No. 15 when the dust settles on these rankings. That’s right between where Kansas and Texas Tech finished last season. Combined record in 2020: 30-10.

Of course it’s also right around where Texas and Ohio State finished, too. Combined conference record in 2020: 6-10. On the other hand, Baylor has finished 10th, 7th and 8th in the Big 12 in recruiting over the last three years, and they’re ranked No. 1 in the country and haven’t lost since November 8.

So there’s no real template for how this is all going to go.

Just because you get the No. 1 guy doesn’t guarantee anything. College hoops is volatile though in a way that college football is not. When we talk about trajectories (and I love talking about trajectories), they’re far more important when it comes to football because in football you’re trying to steer a cruise ship. In hoops? More like a speedboat. That’s the fun of it and the reason why Bill Self and Coach K are so impressive — because they’ve had the speedboat point in the right direction for a million years.

Whether OSU can do the same with a loaded-up roster that includes a legitimate NBA player on it next season will say a lot about the future of Mike Boynton and the future of the program. A sliver of hope and optimism, but only a sliver. Sometimes it’s all you need.