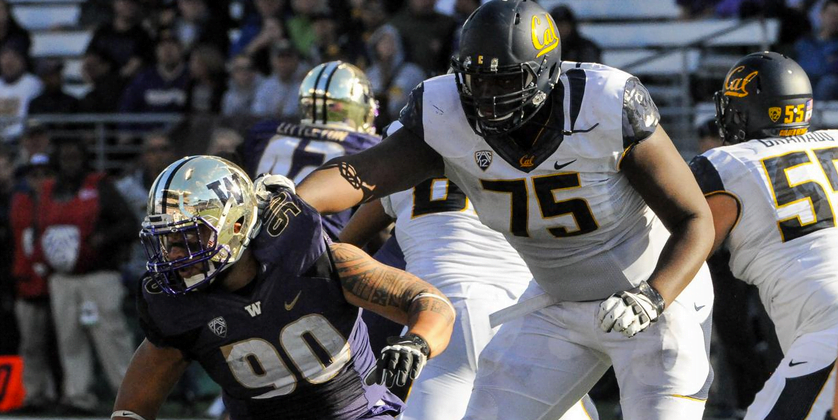 A top priority for Oklahoma State in its 2017 recruiting class was shoring up its lack of depth along the offensive line. One of the main goals, according to Mike Gundy, was to sign multiple four-year (high school) recruits.

But OSU may not be done yet.

Cal left tackle Aaron Cochran announced on Feb. 2 that he will be pursuing a graduate transfer for his final year of eligibility after spending four seasons at Cal. A 6-foot-8, 350-pounder who could protect Mason Rudolph’s blindside, Cochran could be a legitimate option to fill a void in Stillwater during his final season of eligibility and step in for the vacant spot left by Victor Salako.

It is believed that Oklahoma State and Cochran have been in contact about exploring a potential transfer, according to a source, although there are multiple suitors to land his services. So the situation is still fluid.

OSU may have an inside track to land him, though. Marcus Arroyo, OSU’s running back coach, was the QB’s coach at Cal at the time Cochran signed with the Bears in 2013. The year before, in 2012, Arroyo helped ink Cochran’s older brother, Matt Cochran. So that connection alone could allow for the recruitment to be favorable for OSU given recent history with a prominent member of the Cowboy staff.

Keep an eye on Cochran in the short term as he chooses a potential landing spot. I think Oklahoma State should be considered the favorite.