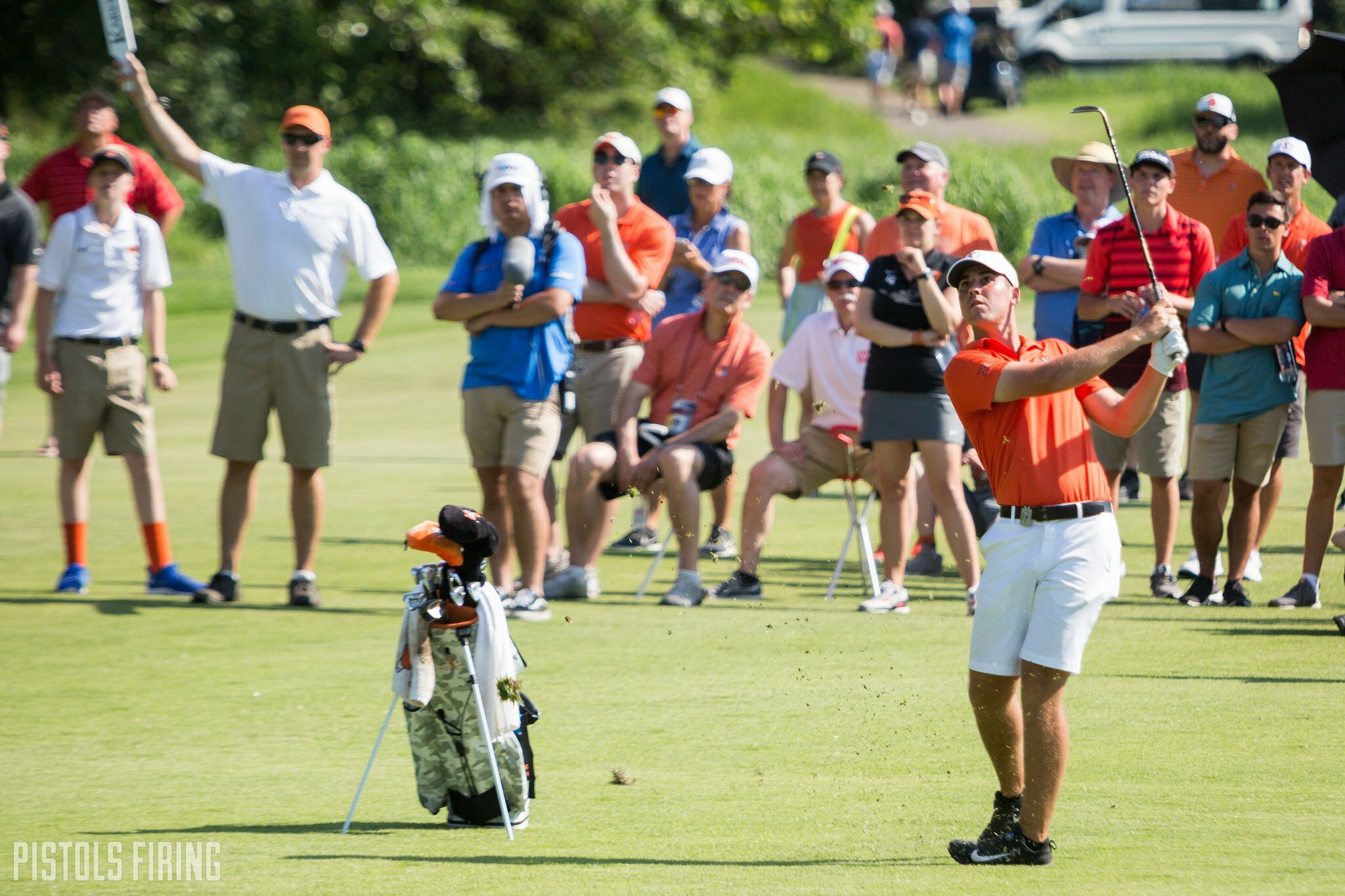 There’s a fairly common saying in the professional golf world that Tiger Woods ruined everything. He ruined our expectations of what success is to the point that golfers like Jordan Spieth, Justin Thomas and Rory McIlroy — historically and generationally elite players — feel like stars instead of superstars and multiple-time winners like Rickie Fowler seem like underachievers. Collateral damage from playing in the wake of the ?.

There’s no way for anybody in this generation — a better-playing and more competitive generation, might I add, because never in a capitalistic society has an industry been infused with loads more money and gotten worse — to measure up to 80 wins, 14 majors and 142 consecutive cuts made (for starters). It’s just never going to happen again … except that, at least at the college level, it might be happening again.

Enter Matthew Wolff. All-American last year. Historic, record-breaking, PGA Tour-awaiting phenom this time around. Wolff has entered seven three-round stroke play events in 2018-19, and he’s won five of them. He’s 68 under for the year and has a 67.95 scoring average, which is absolutely outrageous. He has a chance at all of the Oklahoma State records. And he now has a chance at a lot more than that.

Tiger co-holds the record for wins in a season with eight. He did it in 13 starts back in 1995-1996 and won both the Pac-10 and NCAA titles. With five individual starts left, Wolff has a chance to, gulp, catch him and even surpass him when it comes to overall scoring, rounds in the 60s and rounds at par or better.

Here are their numbers thus far, both in their sophomore (and final) years.

There is of course a long way to go, but if Wolff produces at the same clip he’s been producing, we’re staring down Pistol Pete’s barrel at one of the great seasons — maybe literally the greatest season — in the history of college golf.

I hope that doesn’t go unnoticed. If this was college football he would be Baker x Saquon. If it was college hoops he would be Zion x Ja. The best prospect in ____ years (everyone has a different number, but most are two digits) and maybe the best to ever tee it up in Stillwater. It feels like it’s all getting buried a little bit, which is odd, but maybe understandable because we care more about spring backup walk throughs than college golf.

“When I’m off the golf course, sometimes (the expectations affect me),” Wolff said on the No Laying Up podcast recently. “There’s a lot of expectations for me. I saw something on Golf Channel this morning that was, ‘Am I the Zion Williamson of college golf or is Zion Williamson the Matt Wolff of college basketball?’ That’s a pretty big statement. At times it’s a little overwhelming.”

That would be Brendan Porath of SB Nation … and it was awesome.

“The biggest thing for me is I hate letting people down,” added Wolff. “I always want to say yes to people and I’m always trying to be as nice as possible. In that case it is kind of hard. Luckily for me when I’m on the golf course I don’t really think about any of that. I just think about playing the best. That’s why I like golf the most. At the end of the day it’s you. You’re the one hitting the shots and making the decisions. If you play bad, it’s on you. It’s not on anyone else.”

Whooooo boy. More importantly than his outrageous physical gifts, Wolff seems to have tapped into the mindset that won guys like Rory and Spieth multiple majors in their early 20s. He has created a world all his own, and that world primarily exists on the course, where he’s at his very best.

“Even though all these expectations are set for me, if I don’t live up to them, the only person that’s going to be feeling it is me,” concluded Wolff. “I really like that. I’m not relying on anyone else. … I’m not worried about the rankings or money or scoring average or stats. For me, I want to play good because I want to play good. I expect it of myself, and I want to be the best player I can and the best player in the world.”

He’s off to a pretty good start. And with just a 90+ days left in his college career, Wolff has a chance to do something I’m sure nobody ever expected him to do when he started at OSU in the fall of 2017. He has a chance to turn pro following a season that we can claim was as good (or better) than the best we saw from the best to ever tee it up. Wolff has a chance to upend the ecosystem and catch Tiger Woods.