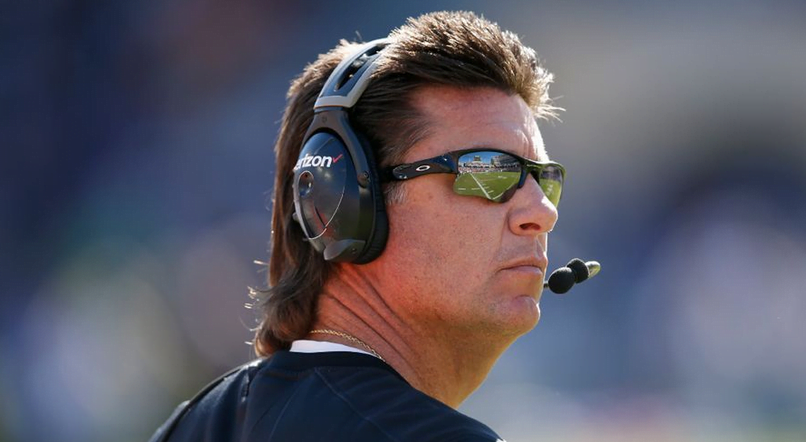 The Oscar Awards are here! And for people who have zero cares about the real ceremony, but still enjoy a little sports fun surrounding it, CBS Sports named its Oscar Award winners from the 2016 football season.

And Mike Gundy came away a winner … in makeup and hairstyling. Here’s what Chip Patterson of CBS said about Gundy’s wicked hairdo:

The hairstyle — named perfectly by the coach himself as the “Arkansas Waterfall” —  added a fun wrinkle to a wild 2016 campaign. Gundy nearly had to cut it in November because of a bet with his son regarding an upcoming test. Thankfully for us, Gundy’s son scored an 88 and not a 91, allowing the Arkansas Waterfall to continue its dominance of the college football hairstyling scene.

Oh, yeah. I’m sure that Oscar will look nice hanging in Gundy’s barn, right next to where he keeps his stash of butch wax.

Also included in the Oscars was (look away, quick!) Central Michigan wide receiver Jesse Kroll, who won the award for best player in a supporting role. No, he wasn’t the one who scored the go-ahead heart-breaking touchdown over Oklahoma State. He was the one who caught the first pass then flipped it back for the W.

[Warning: Now would be the time to toggle back to the home page.]