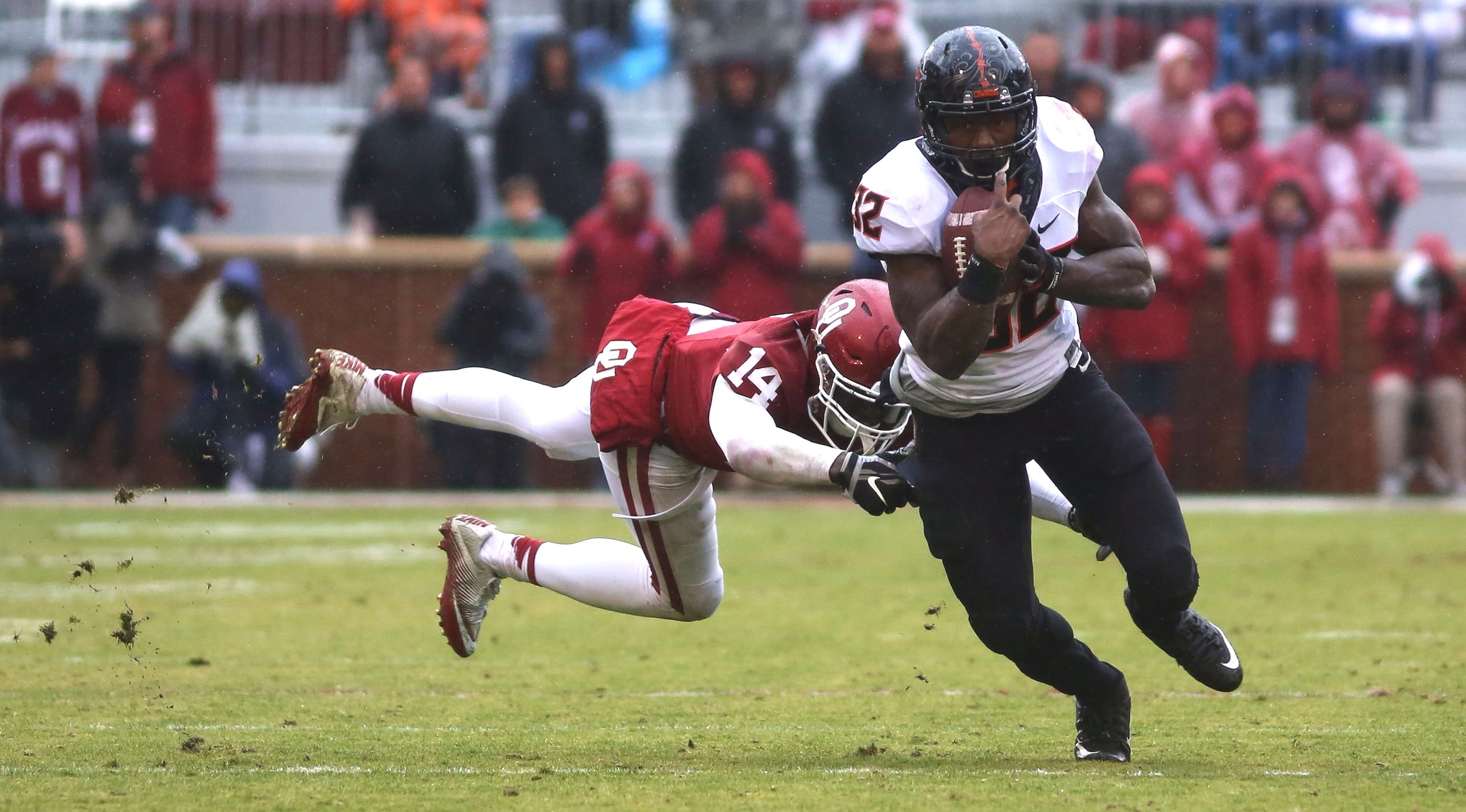 It has been discussed at length by now, but late in the second half of Oklahoma State’s 38-20 loss against Oklahoma, Barry J. Sanders took a big kick return to the 50-yard line, giving OSU some momentum and an opportunity for points before the half.

But instead of trying to get something, they ran the ball and let the clock run out. Now to the average Cowboy fan, this is no surprise; Gundy decides to kneel the ball just about every time if there’s less than two minutes on the clock. But in this particular situation, it was oddly uber-conservative, even for him.

Again, OSU fans have seen this all year. And with how Rudolph played, it’s understandable that they didn’t take more shots throughout the game. But in this scenario, there were a number of different ways that they could have approached this more efficiently without much of an increased risk.

First of all — If you have the ball on the 50-yard line, you should at least try and get something. Yes, Rudolph is bad away from home, but at least give him a one-read play, and if it’s not there have him throw it away.

Finally — If you don’t want to pass the ball and instead go with the run, that’s ok. But at least call a timeout with a couple of seconds left and take a shot. Why not? What’s the worst that could happen? He gets sacked? He throws an incompletion or interception in the end zone? Who cares? Everyone knows that Gundy is conservative, especially in Bedlam, but there’s literally no downside to taking a shot.

And this is just one example of many. How about late in the fourth quarter with an opportunity to make it a one possession game? Instead of trying to get the touchdown, the Cowboys decide to run it three times in a row, including on a third and 10, and try for the field goal. And Grogan missed it.

This game was filled with decisions like these. Running it out of the full house on second down and ten and trying a pass against a max zone coverage on third for an incompletion. Going in four or five deep coverage and letting Mayfield pick your zone apart. Giving cushion to receivers on third and one. It goes on and on. Unfortunately, this is nothing new for OSU. It’s just unfortunate that it all came together at once.