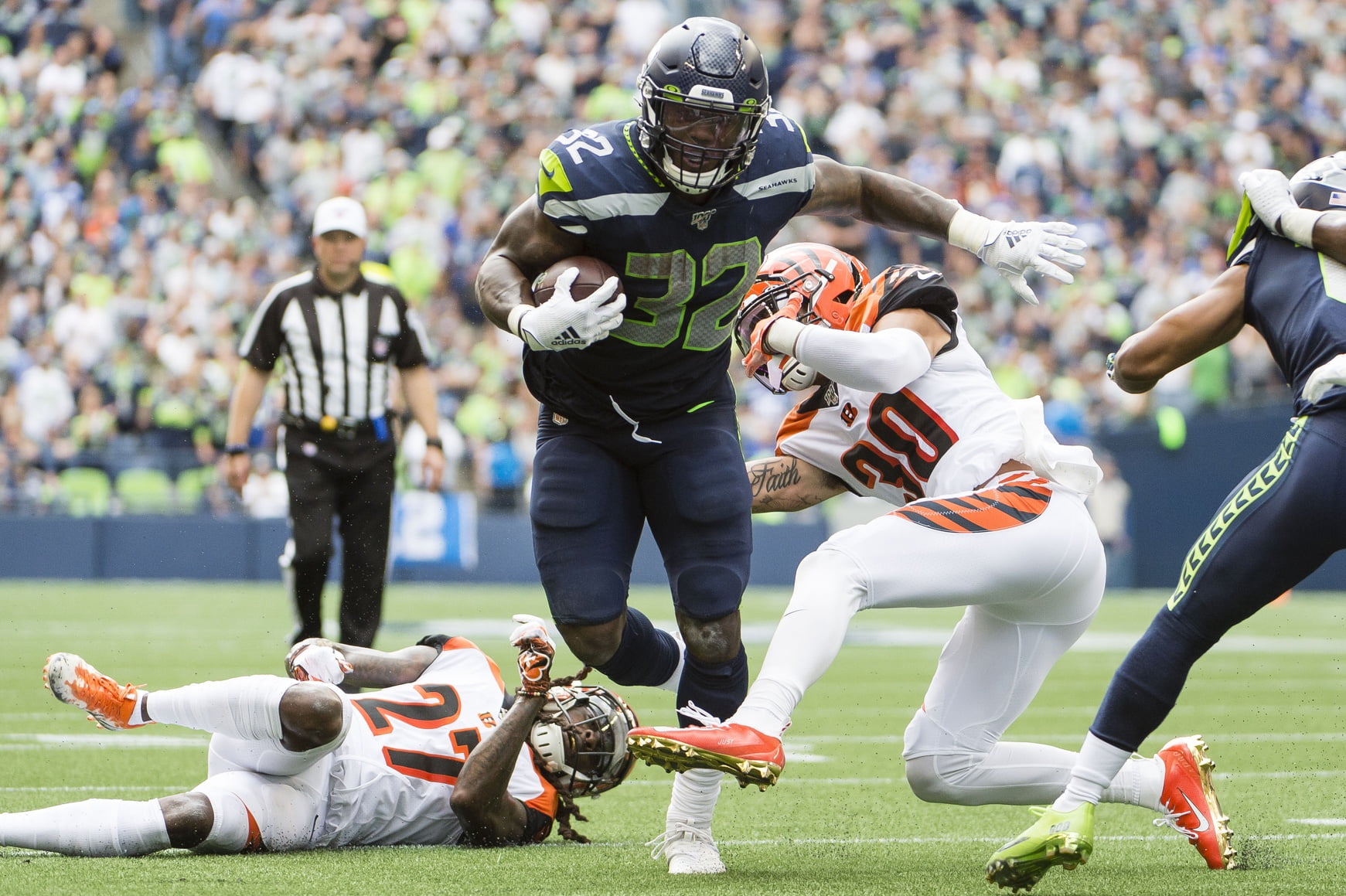 Chris Carson is more than just a freak athlete who hurdles defenders. He’s more than the bruising runner who those same defenders bounce off of. He’s now showing that he’s a dynamic weapon in the passing game.

On Sunday, Carson scored the Seattle Seahawks’ first touchdown of 2019 in the more traditional manner.

Then late in the first half, Russell Wilson connected with the third-year tailback giving him the chance to show off his soft hands and his hard-nosed running style.

That’s one touchdown on the ground and one in the air. His rushing output of 46 yards on 15 carries looks pedestrian, but it still led all rushers on the day. And Carson caught six of his seven targets (both career highs) for 35 yards and the score. Basically, if you drafted him in your PPR fantasy league, you’re feeling pretty good about it. Shout out to OKC Dave.

Seattle quarterback Russell Wilson had high praise for his backfield mate after the game, and not in regards to fantasy football.

“Chris Carson was special, ran the ball really well,” Wilson told Seahawks.com. “He had that touchdown catch he took in the end zone. That was pretty sweet.”

“… He’s always over the place running plays, blocking it, catching it. I thought he had a great game. He was the difference-maker for us in the first half, in particular. He’s going to be great for us all year.”

Carson did admit that he was rusty after getting a short burn in the preseason which may have contributed to the one mark against him during the Seahawks’ 21-10 over the Bengals, a season-opening fumble.

“That’s really what it comes down to,” said Carson. “We didn’t have that much in the games to really have that gel and that chemistry. We only played a couple drives during that preseason, so we kind of came out rusty. That’s something that we’ve got to fix.”

But his QB had nothing but good things to say about the former seventh-round pick who finished fifth in the NFL in rushing last season.

“He’s as good as it gets: He can catch, run, block and he’s got the determination to find the end zone and he has the desire that you want,” said Wilson. “He’s arguably, my opinion, one of the best running backs, if not the best in the league and I think that we’ve just got to continue to find ways to get him the football and let him do his thing.”