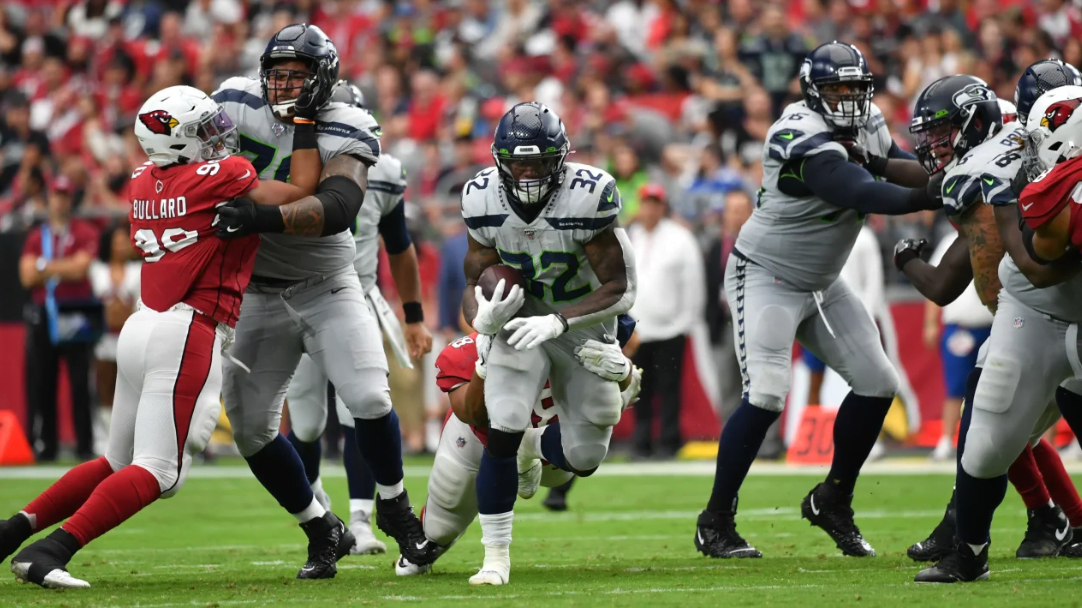 One week after drawing the ire of fantasy owners — and sideways glances from Seahawks fans — with his third fumble in three weeks, Chris Carson showed just how dominant he can be.

The former OSU running back racked up a season-high 104 rushing yards, added 41 yards through the air, and ran over some dudes along the way.

What’s even better, he was secure with the football.

Carson knows how to find the B button…

And if all else fails, he can always just truck-stick a defender.

Last week, Carson lost his third fumble in as many weeks, only this one was scooped up and scored. What followed were questions about his viability as a starting back going forward, especially after he was basically benched for perennial backup C.J. Prosise following the drop.

But Seahawks players and head coach Pete Carroll expressed their support for the NFL’s No. 5 leading rusher in 2018 after the game. On Sunday, he paid it off.

The Seahawks got the best of division rival Arizona, led by former OU quarterback Kyler Murray. To add even more Bedlam flair, Seahawks starting corner Tre Flowers added five total tackles as he and the Seahawks defense held Murray to 241 yards, zero TDs and an interception.

Check out Carson’s full-game highlights below.