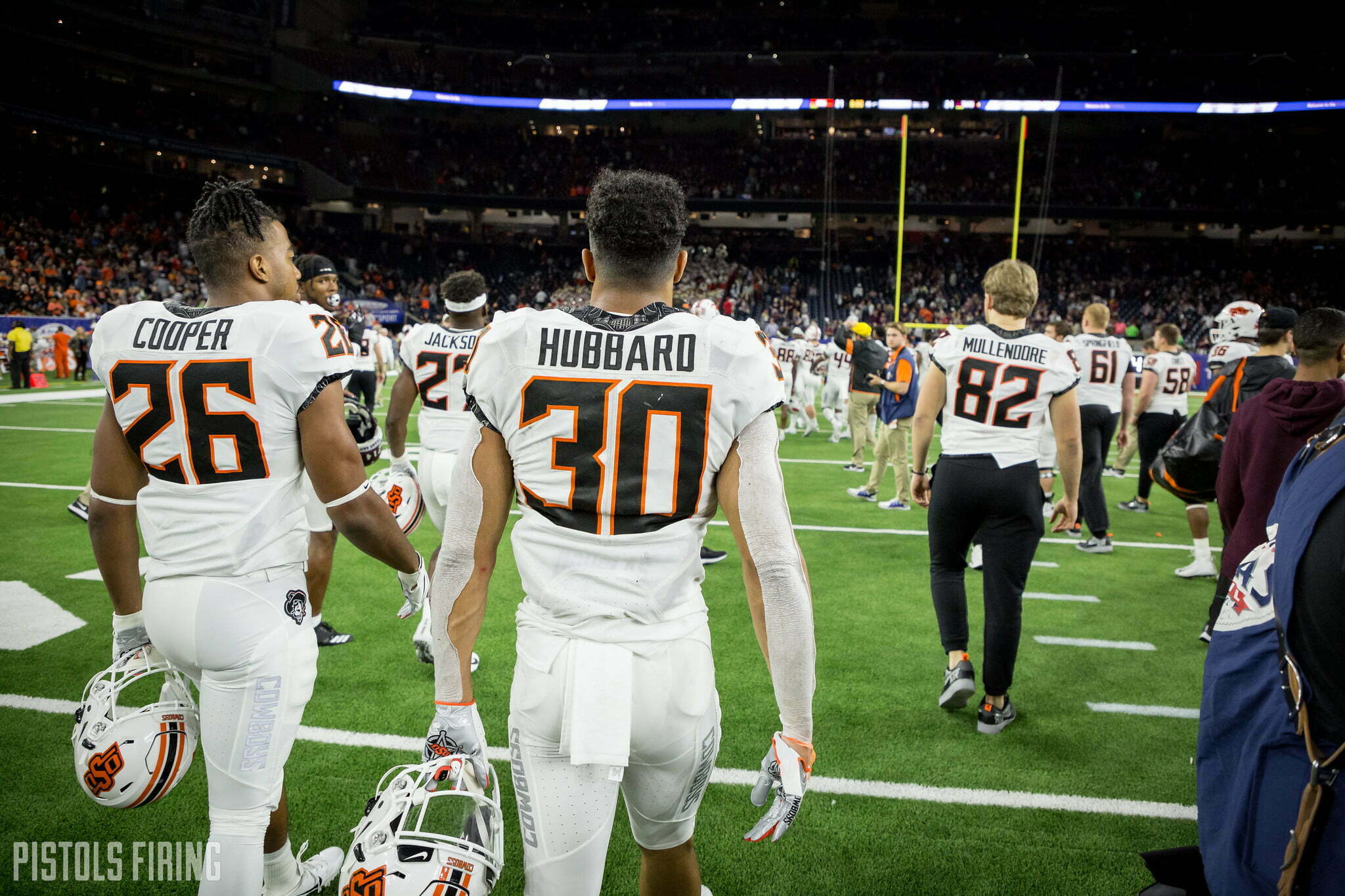 The ceiling for Oklahoma State football in 2020, as Michael Jordan might say, is the roof. And it’s just been raised.

On Monday, after rampant speculation on social media and behind closed doors the last few weeks, All-American running back Chuba Hubbard shut down rumors of his return and made it official. He announced that he’ll put his NFL dreams on hold for another go-round at OSU in 2020 in a pretty amazing video on Instagram.

Hubbard’s news is just the latest breath of fresh air for an OSU program that’s suddenly inhaling it regularly over the last month, the decision coming on the heels of All-American WR Tylan Wallace also announcing recently he will return to OSU. Wallace would likely have been a day two or three pick, but is returning with the hope of becoming a day one pick in 2021.

They’ll have a familiar face coordinating them, too, as Kasey Dunn was promoted to offensive coordinator on Monday and OSU now takes headlines and momentum into the national championship broadcast. With Mike Gundy on the Coaches Film Room during the game, this will surely be talked about at least a few times.

This gives OSU a massive boost on the field (obviously) but also in an area that needed to be addressed in recruiting. OSU has not landed a RB in the 2020 recruiting cycle, and with Hubbard returning the priority of getting one in this class is lessened — if not outright diminished. Sometimes the best recruiting you can do is of your own players.

Like Wallace, Hubbard was a lock to get drafted — but how high may have ultimately been the reason he returned. Sources indicated to PFB that he did not get a Round 1 or Round 2 grade. He’ll enter the 2020 season with a chance to improve his pro prospects, and to rack up more hardware along the way.

And hardware wasn’t an area he was lacking in. After rushing for 2,094 yards and joining the exclusive 2K club, he was recognized as an All-Big 12 player and consensus All-American. In 2020, that may be the floor for expectations, with the Doak Walker and … potentially … the Heisman Trophy in reach.