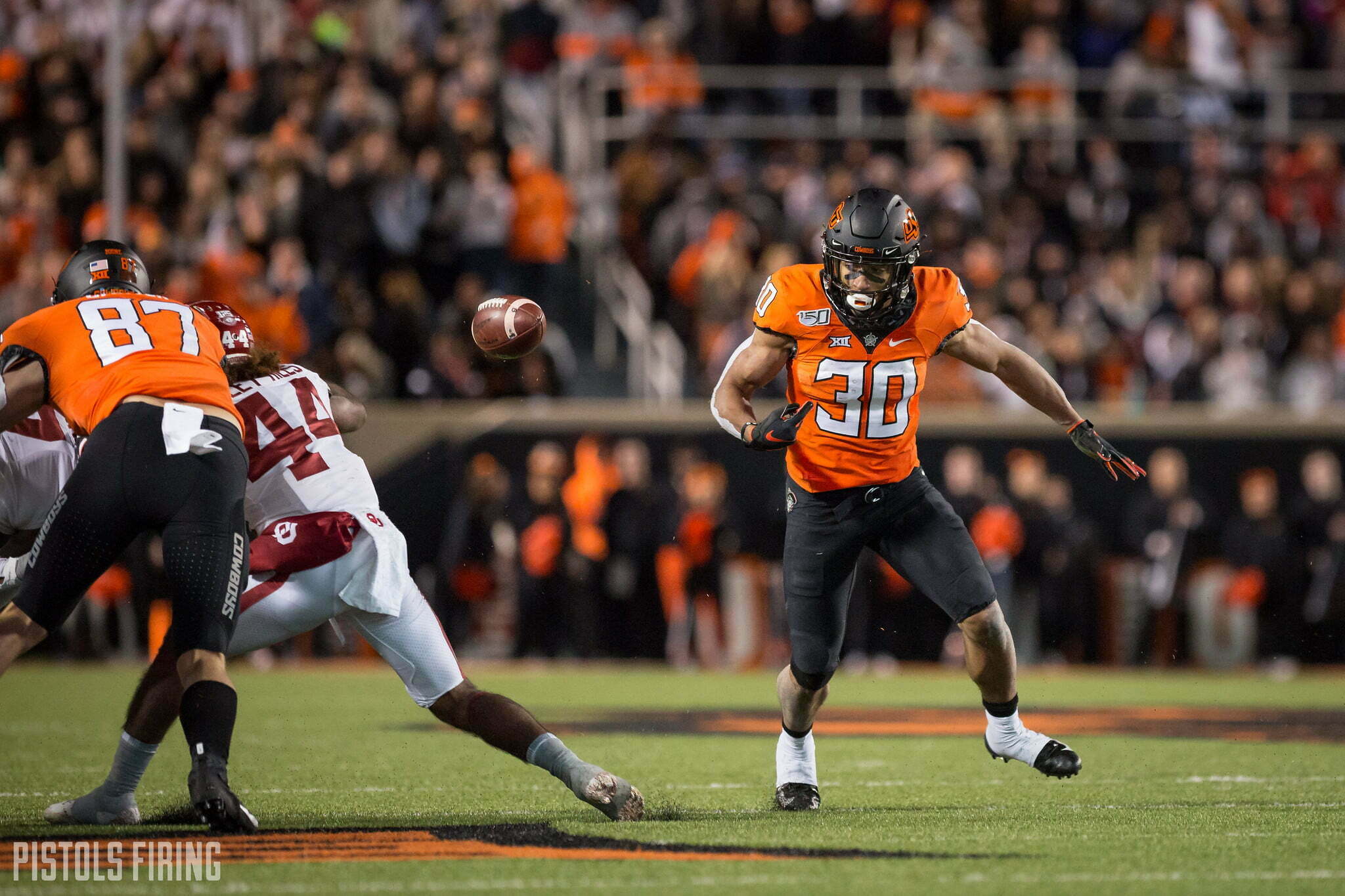 When Mike Gundy said this week that he “expects” Chuba Hubbard to play in the Texas Bowl later this month, I smiled. I, too, am expectant that someone would purchase PFB for $100 million and I could give all of the people who have labored toward making this site great enough money to live on for the rest of their lives.

But at every turn, 30 has declined to state his intentions. After Bedlam, he was coy, if not outright brazen about the future. Then on Monday — after he was snubbed as a Heisman finalist — he again had a chance to say something like, “See you in Houston.” He didn’t take it. Instead: “I’m forever proud to be a Cowboy, and I’m going to keep working hard for y’all.”

Thank you everyone that voted and supported me for the heisman! It’s all love! #RMN pic.twitter.com/EPwwB7vdnx

That sounds like “See you at the Combine” language.

Look, I’m not reporting this, but I can also read between the lines. And who could blame him? He put it on the line for 12 straight games even as stars all around him dropped with injuries. An exhibition game against a 7-5 team when one game stands between you and actual paydirt? No thank you.

As for where Chuba might go in the NFL Draft, Mel Kiper has him as the No. 5 running back, and my employer — CBS Sports — recently had him going in the fourth round to join — wait for it — Tyreek Hill, Patty Mahomes and the Chiefs.

Is fourth-round money enough to eject? Well, the first pick of the fourth round this year signed a four-year, $3.3 million deal with an $800K signing bonus. Not nothing!

And what is the ceiling for Chuba if he comes back? Is he going to perform better than he did in 2019? I suppose there could be more buzz — which seems to be half the battle most of the time — that would elevate him to the third or second round. But there’s also the risk of going full Shaun Livingston against Iowa State.

So that second-round money compared to fourth-round money isn’t a massive difference. Plus, are we sure Chuba is a fourth-rounder? I get the argument of being in a good system and all of that. But Chuba is different than some of the other OSU running backs of the past. He’s massive, he’s world-class fast and he’ll interview and test off the charts. Maybe I’m missing something there, and I get that his quickness maybe isn’t to the level that you would want, but I watch Chuba play and it feels like I’m watching an NFL back, a first-, second- or third-rounder.

Maybe not though. And maybe we won’t find out for another year and a half. But if I’m betting that hypothetical $100M from some benefactor purchasing this great site, I’m putting it on Chube being gone. Gone, just the way he arrived.