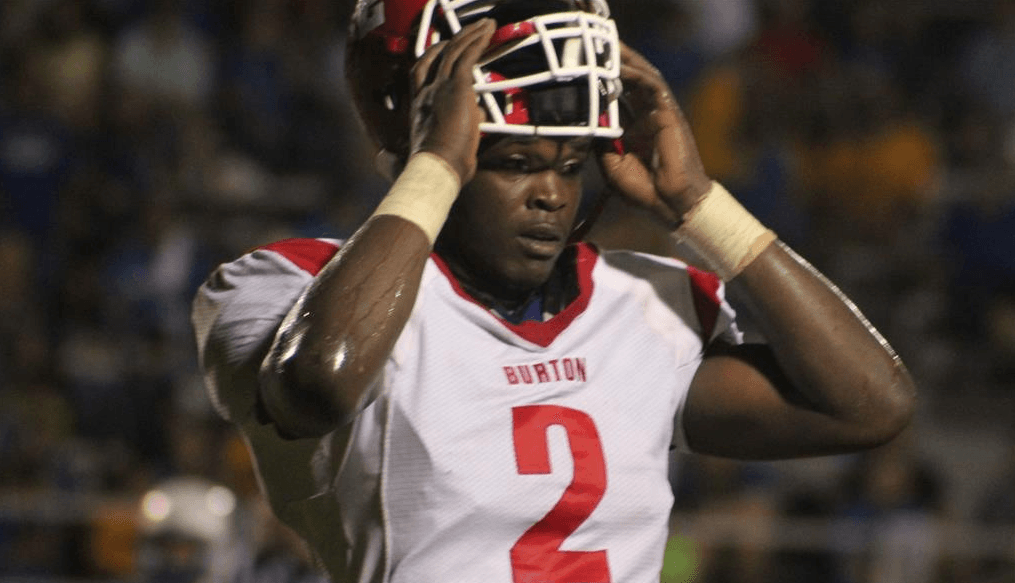 Louis Brown should be a key cog in this recruiting class. (via 247)

Ed. note: Kyle Boone is digging into a class that Mike Gundy seems to really love today. First up, defense. Here’s a look at the offense, by the way.

Brown joined the party late in the recruiting cycle. After committing early to Baylor and then flipping to Texas, Brown landed on Oklahoma State and could be a future star at defensive end.

At 6-6, 210 pounds, Brown needs to put on some weight but he has the athleticism to be extremely good with the right direction under Rob Glass and the strength program.

Daniels was another late add who had considered OU, Texas Tech and Iowa but eventually decided to commit to OSU. Daniels was a highly regarded four-star prospect who could be in line to make an immediate impact next season with starting defensive tackles Ofa Hautau and James Castleman exhausting their eligibility.

The first play on his highlight reel should get you excited for what to expect from him in the orange and black in the future. Read more about him here.

Bakari has flown completely under the radar this season but at 6-2, 292 pounds he could also see playing time and contribute as a true freshman along with Darrion Daniels.

Bakari had 5 sacks, 2 forces fumbles and 65 tackles in his senior season and was recognized as the No. 5 defensive tackle in the state of Texas. Daniels and Bakari could wreak major havoc in the Big 12 for several years to come.

Balous is a speedster from McKinney North and a teammate of former OSU commit Ronald Jones who committed late in the recruiting cycle. Balous had 164 tackles, 1 interception, and a 21.9 yard average on punt returns in his senior season.

Balous is a dynamic player who could make an impact as a freshman on special teams and provide good depth in the secondary.

One of Green’s coaches, Matt Allen, told Scout “we always called him the most explosive player in the Northern Hemisphere because he’s explosive.”

Green is the only linebacker in this class, however Kevin Henry and Jordan Burton could eventually the fill the star position for the Cowboys. Green is naturally quick and shows promise that he could be a future star at the linebacker position.

At 6-1, 205 pounds, Henry is nearly the exact replica of Josh Furman who filled the star linebacker position last season. Henry committed to LSU early last year before Les pointed him our direction.[1. Ed. note: Haha, or not.]

Henry is an intelligent young man who had offers from several top tier schools and is a great talent to add to the roster for next year.

McGruder had a roller coaster recruitment as he committed to OSU and decommitted, and finally made his mind up that he was sticking with Oklahoma State. McGruder was a four-star prospect who held offers from Arkansas, Nebraska, Florida, and many other elite universities.

He is at a pretty good position to contribute early in special teams and could see playing time as a backup as a freshman in the secondary.

Burton is an explosive defensive back who is expected to make an immediate impact at the star linebacker position next season.

“He’s going to have the size to develop into what we call a star linebacker because he’s got great contact speed and can make plays in the box,” said defensive coordinator Glenn Spencer.

A graduate transfer from Indiana who was a 2-year starter, Hunter will provide more depth and will team with Kevin Peterson, Ashton Lampkin and Ramon Richards to make a killer rotation at the cornerback position.

Hunter brings a veteran presence and may be able to contribute on special teams as well.

Maile is a whopping 310 pounds and will make an excellent presence on the defensive line next season. Maile was recruited by numerous schools including TCU and USC, however he committed to OSU early and stuck with his commitment up until signing day. Maile will be a pleasant surprise next season and I expect to hear his name called early and often.

Hadley was another teammate of Chris Carson and Matt Kellerman at Butler County C.C. Hadley was a long time commit of Western Kentucky, but a late official visit to Stillwater garnered an offer and he signed his letter of intent with the Cowboys on Wednesday.