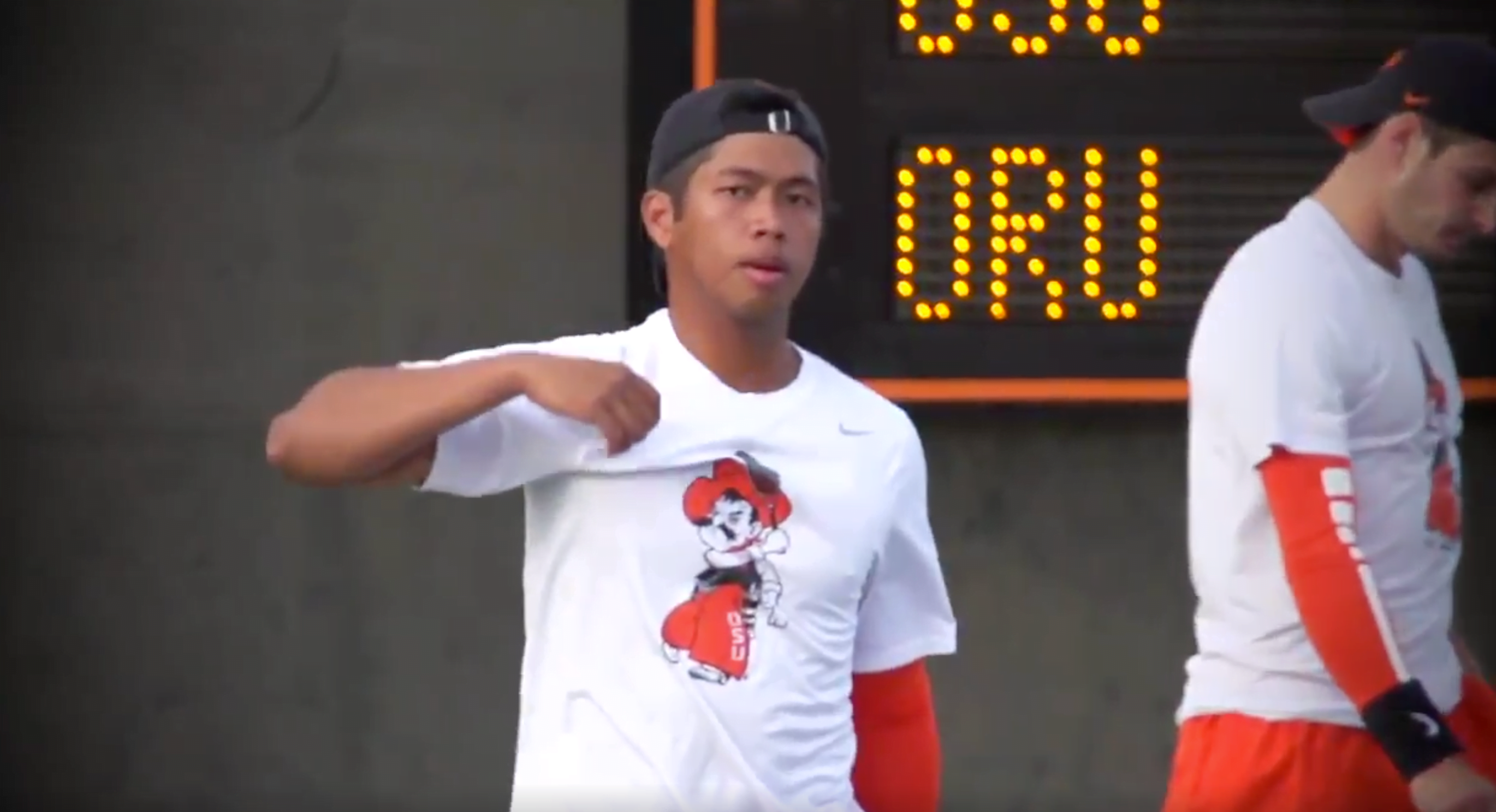 Ed. note: Hey we’re covering tennis! And wrestling! And baseball! Hope you guys have enjoyed the coverage of perepherial sports this spring, and I’m hopeful we can keep them going. Thanks to everyone who has been pitching in and making PFB great (again).

For most of you, I would assume, are not super familiar with tennis scoring or more specifically collegiate tennis scoring. College tennis focuses on two components: the doubles point and singles matches.

Collegiate tennis matches typically begin with each school sending out three pairs of doubles squads. court 1 will usually feature the school’s No. 1 ranked doubles squad, with court 2 and 3 feature their 2nd and 3rd ranked squads respectively.

Instead of playing a best of three or five set match, they instead will play what is a called as a “super set,” which is a first to win eight games set (you still have to win by two games). Whichever school wins two of the three doubles matches wins the “doubles point” and will lead the collegiate match 1-0.

Interestingly, if one of the schools wins the first two doubles matches, the last remaining uncompleted doubles match isn’t not required to finish, meaning it technically doesn’t register a result in any of the player’s records.

After doubles play has concluded, there is about a 15-30 minute halftime/warmup for the six singles matches that follow. Like in doubles, each school will usually send their No. 1 singles player to court 1, their 2nd ranked player to court 2 etc.

This is weighted heavily towards having strong singles play, although that doubles point can give a team the psychological advantage as opposing squads have to look at a 1-0 lead during the 30 minutes of singles warmup.

Hopefully this provides some context for future men’s and women’s tennis results.