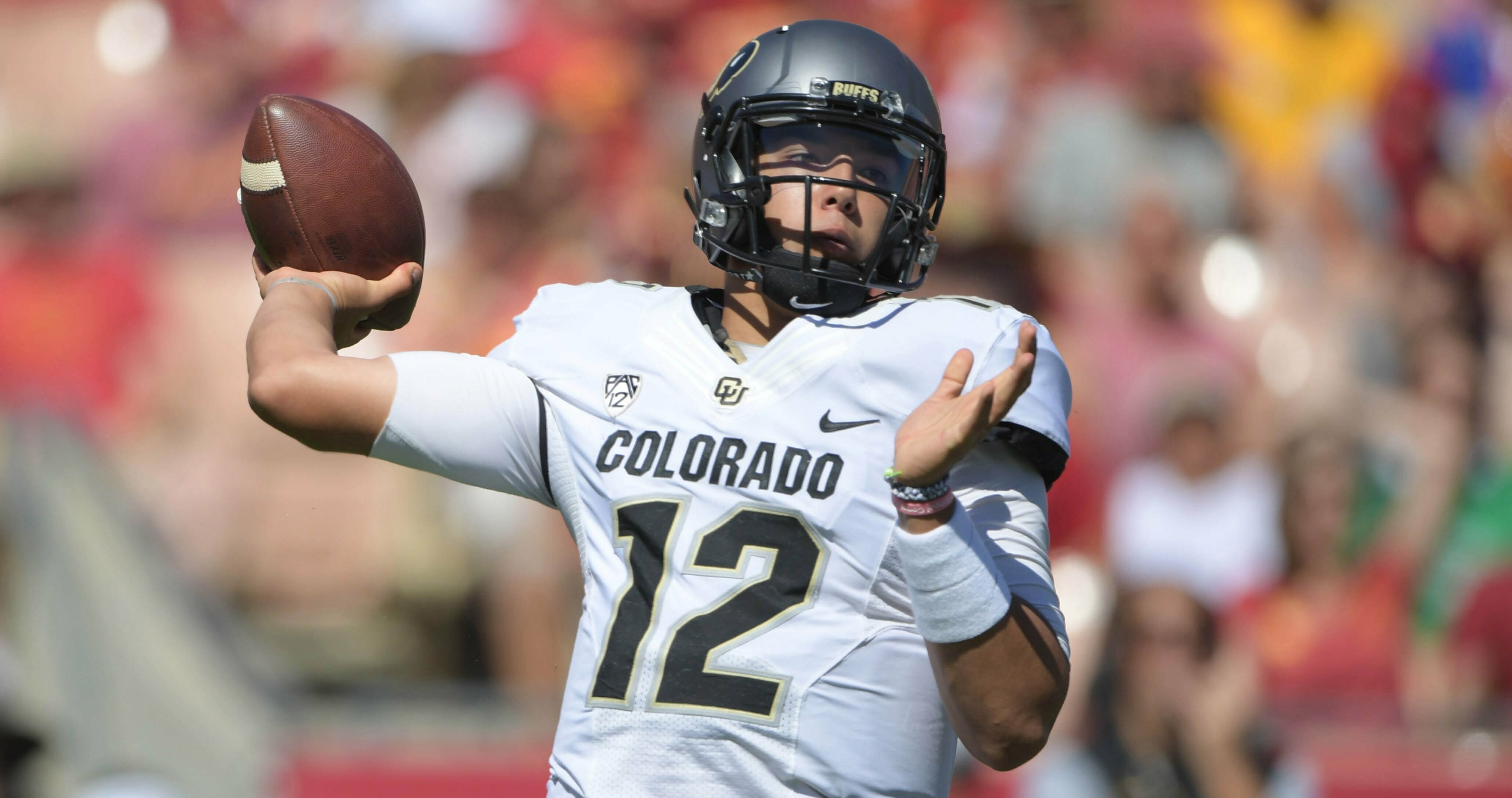 Thanks again to Brian Howell over at Buffzone.com, a must follow if you’re looking for CU info. Good news for those making the trip to San Antonio: Ralphie the Buffalo will be in attendance!

1. College football’s most surprising team is flowing with story lines, what do you most attribute to the Buffs’ dramatic turnaround in 2016?

Really, this is just a team that matured and gained some confidence. CU is loaded with seniors and those seniors have been playing for three or four years. So, they have simply grown up over the years. With that, they gained confidence in the offseason and then added to that confidence when they started winning early in the season.

2. Defensively, CU has the best secondary the Cowboys have faced all year and likely as solid of a front seven as they’ve seen all year as well. Can you give us a rundown of vulnerabilities and strengths on the unit?

Up front, they’ve had a very good year and, for the most part, have been very good at getting some pressure on the quarterback and closing the pocket. They’ve also done a solid job against the run most of the year. They are sometimes vulnerable against the run, however. It doesn’t happen often, but Washington and USC both pushed them around, and losing the line of scrimmage in those games proved key.

The secondary is exceptional, led by arguably the two best players on the team – cornerback Chidobe Awuzie and safety Tedric Thompson. The group is really good in pass coverage, particularly 1-on-1. They’re also really good in run support. They will sometimes give up the big play, but often make up for it by stiffening in the red zone.

3. Co-Offensive coordinator Darrin Chiaverini came from an offense the Cowboys are familiar with at Texas Tech, what has been his impact in year one and how dramatic have changes been this year offensively?

Chiaverini’s brought a more up-tempo approach to the offense. That was more evident early in the season. As the Buffs got into Pac-12 play, better teams were able to slow that down a bit. The changes weren’t that dramatic to the offense, though. CU still ran a lot of the read-option they’ve been successful with the past couple of years. Chiaverini is an energetic guy and the players have really embraced his personality. He’s fiery and confident and that’s rubbed off.

4. What matchups are you most interested in watching during the Alamo Bowl?

I’m looking forward to seeing how CU does in the trenches. They got manhandled up front against Washington, which was rare for CU. I’m curious to see how the offensive and defensive lines stack up with the Cowboys. Second, I’m eager to see CU’s secondary against Mason Rudolph and OSU’s talented receivers.

5. The Buffs are a new but familiar opponent, how has life in the Pac 12 been and how would you say the football program has changed since being there?

Life in the Pac-12 has been great. It’s a better fit for CU, in terms of academics and alumni. I don’t know if the football program has changed because of the switch. They had obviously struggled in the first five years in the Pac-12, but they would have struggled in the Big 12, too. Regardless of conference, CU needed to recruit better talent and get some stability, and they’ve done that.

6. A quick follow up to that, what would you say that CU fans miss the most and miss the least about being in the Big 12?

Really, about the only thing CU fans miss about the Big 12 is some of the traditional rivalries, mainly with Nebraska. Outside of seeing Nebraska every year, though, there’s not much the fans miss. What they miss the least is probably the trips to Midwest towns like Ames and Lawrence; not quite as exciting as going to Seattle and San Francisco and Los Angeles.

7. Bowl games are always a little different environment, any famous CU alums to look out for at the bowl game? What about Ralphie the Buffalo, is she likely to make the trip?

Not sure which alums will be there. Koy Detmer made an appearance at practice this week. Ralphie will be there. She’s only missed two bowl games – both of those being in Hawaii.

8. Thanks so much for your time, last question: Colorado will win the Alamo Bowl if…..

They can win the trenches, make some big plays on offense and avoid big mistakes, such as turnovers and big penalties. They’ve done all of that a lot this season and will need to do it against Oklahoma State.