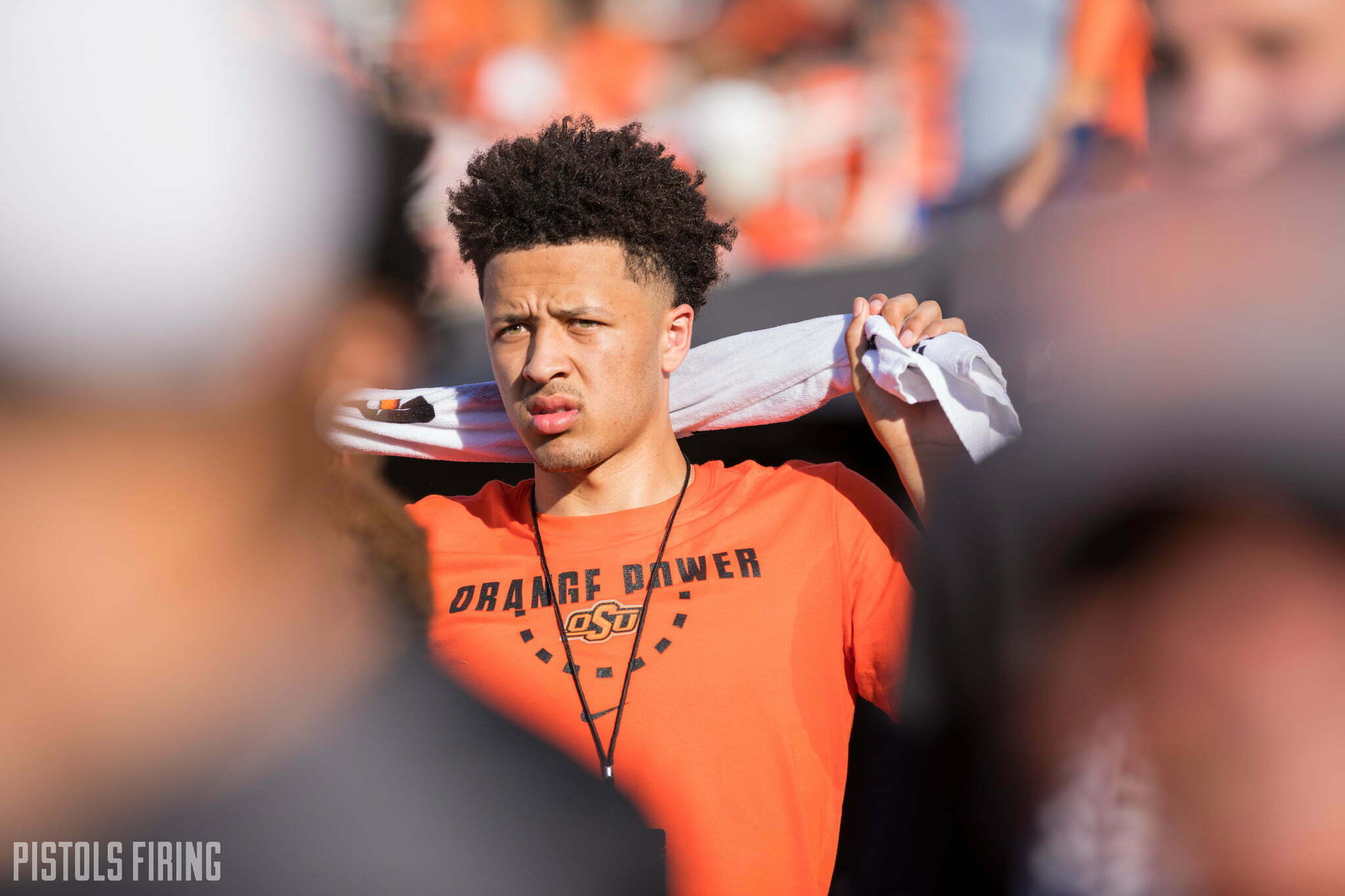 Cade Cunningham visited Oklahoma State on his first official visit over the weekend.

Then John Calipari met him on Monday — the first day of the recruiting live period.

If there’s ever a sequence of events that explains what anyone knows or expects from Cunningham, it’s that. One day he’s visiting the school his brother coaches at — the one many expect him to commit to — the next he’s meeting with the coach of a top program and sending some analysts into total confusion about where he may or may not play his college ball.

The long and short of it: Who the heck knows?

We have some guesses. Some gut feelings. Some sources. But how confident are we? Let’s take a look at the notable players who were in town this weekend, and I’ll do a little confidence meter on each using emojis.

This recruitment feels a lot like Kawhi Leonard’s free agency. The Is he staying in Toronto or the Is he teaming up with LeBron questions are replaced in this situation with the Is he going to commit to OSU with his brother or, worse: Is he going to go against the grain and pick another school?

The prevailing feeling right now is, much like Kawhi’s free agency, no one really knows. There are a lot of fans with sources, claiming to know someone who knows something or heard something. At this point, there’s so much noise, I don’t even know what to believe.

I do know this, though: I feel less confident in OSU’s chances than I did a week ago. Now, does that mean OSU is out of it? No. But is OSU the favorite? When Mike Boynton hired Cannen Cunningham, the answer was yes. But three months later, the answer is …. I really don’t know. I feel less confident about OSU’s chances than ever before. The coaching staffs who once claimed to have stopped recruiting him when OSU hired his brother have now re-engaged fully and are making strong pushes.

OSU was one of the last programs to offer Thor earlier this summer … and now many consider the Cowboys the favorite. The former five-star Class of 2021 forward is now an available Class of 2020 four-star, and exactly the big-bodied athlete OSU could use to pair with, say, Cade Cunningham. Is the OSU momentum tied to a Cunningham-Thor pairing? Or is this Thor momentum a standalone event? I’m optimistic, curious, and for now, slightly dubious … it seems like this momentum is real but I need to see more of it.

OSU offered Walker, an in-state guard, more than two years ago. He’s been in our life nearly as long as Trae Young. After a breakout summer, he looks like a bonafide top 100 talent. The question is this: what is OSU’s order of operations? If they get Cade Cunningham, then, perhaps, they’ll also get Bryce Thompson as part of a three-man class that currently includes point guard Davonte Davis. So are they going to take four guards, three of which play most often at point? A lot of the confidence in Walker is muted — I think OSU could get him. But I also think OSU getting him hinges upon whether OSU gets Cunningham, unless Cunningham, Walker’s AAU teammate, demands he be part of the class … in which case you make it work.

Same deal with Miles as Walker — is OSU going to take an all-guard recruiting class? Of course not. But there’s only so much room in a class for guards, and Miles, Davis, Bryce, Cade, Walker … several of those are going to be on the outside looking in. Ideally, it’s Bryce and Cade to pair with Davis, but realistically, it could be Walker and Miles. Both Walker and Miles seem like super qualified backup plans at this point.

OSU fans have been itching to see Cade Cunningham and Bryce Thompson join forces, so what if it happens … at North Carolina? Thompson was there for an official visit over the weekend, and Roy Williams has re-engaged with Cunningham. This is a nightmare scenario to end all nightmare scenarios if you’re an OSU fan.