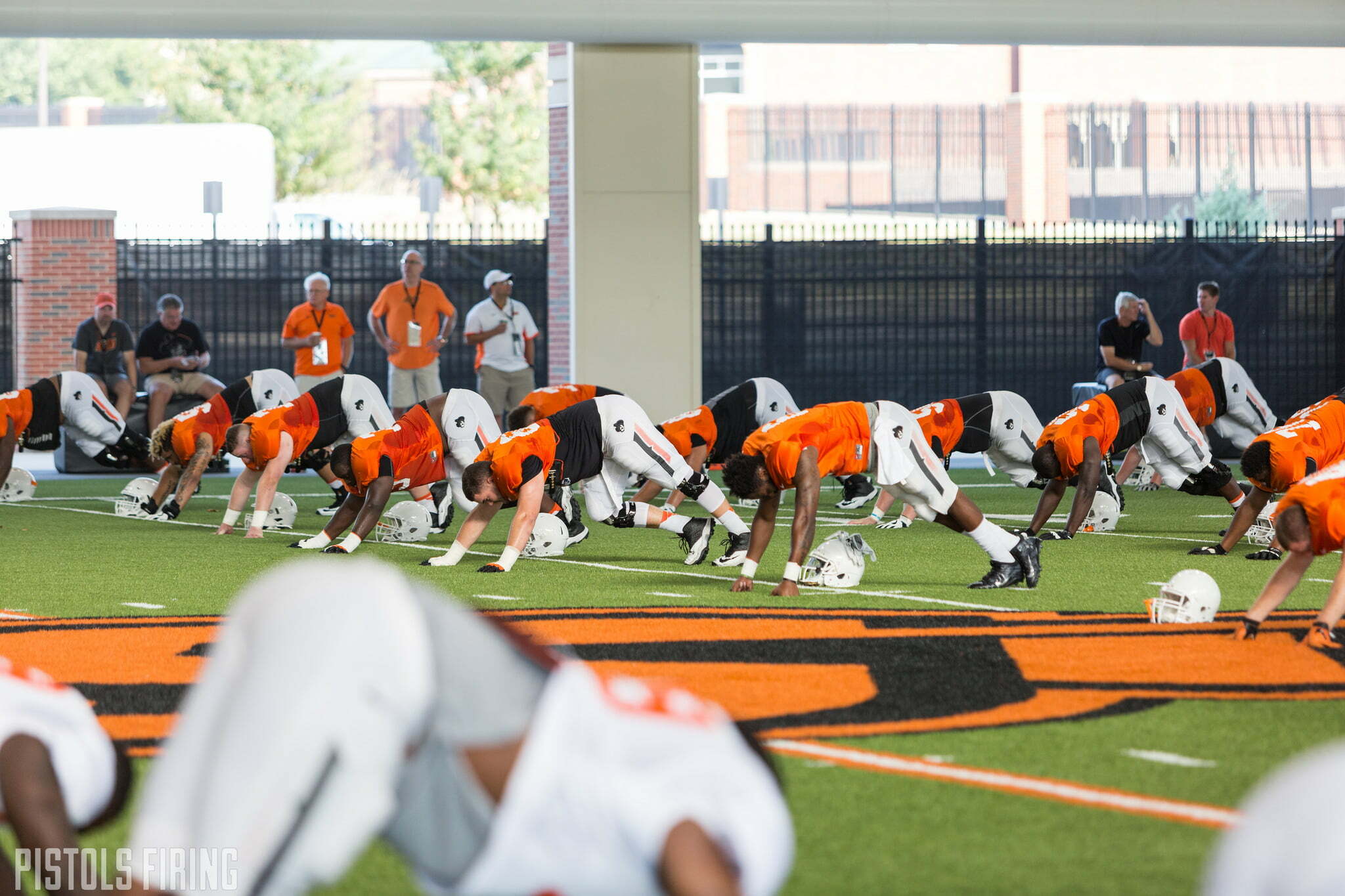 I have to confess I have not been hit by Hurricane Harvey in the way that I probably should have been. Despite currently living just 250 miles from the place I grew up, it just has not affected me like I would have predicted.

Maybe I’m numb to suffering. Maybe I’m too wrapped up in what I’m doing here in Dallas. Maybe I’m just incredibly selfish. I don’t know. But I know I wasn’t broken down until Tuesday afternoon.

What happened Tuesday afternoon? Well, Hayden Barber, our beat writer, went up to GIA in Stillwater and interviewed Mike Boynton. Then he wrote this spectacular post about what Boynton and other basketball coaches are doing to help Harvey victims.

That is not necessarily what got me, though. What got me was the video he included. A dude and his kid walking the streets of Houston, thankful to be alive but heavy-hearted about the future. Just a dude and his kid.

If this man can thank god during these moments, so can we! Thank God every day! #HoustonStrong pic.twitter.com/CfEmiC5vGi

That’s pretty staggering. Maybe a few different choices or breaks in my life, and that could be me (could be any of us). I’m from Houston, Kingwood specifically. It does not hold a strong nostalgic hold on my heart, but it is where I grew up and put away so many memories. It was the backdrop for so much life, and now it’s being decimated.

Entrance to the Kingwood Country Club in Houston on Tuesday evening: pic.twitter.com/0CGSqcSDth

I started thinking yesterday, and I realized I wanted to do something (anything) to help out. So I decided that Pistols Firing is going to give $500 of our revenue this month to Samaritan’s Purse to help relief efforts (you can read their bio on Charity Navigator here). This will not take away from what our writers earn. It will come either from what I make or what we have in excess.

Kyle Boone and I started talking last week about a last push for contributors to PFB before football starts. You guys know we’ve been asking for contributors for the last two months, and the turnout has been spectacular. We have 242 folks helping us build PFB for the future as of this morning. Pistol Partners, as we call them.

Our goal all along was 250 by football season, though. So we talked last week about doing a little 3-4 hour live show this week to encourage people to contribute to PFB, explain what we’re doing, why you should help us, answer some mailbag questions and maybe call some other writers and talk to them about the season. A NPR-like pledge drive, if you will.

We were going to do the live show no matter what, but now we’re trying to leverage it for the good of folks who could use some money, food and help right now.

You can contribute to PFB (and get ad-free browsing as well as other goodies in the very near future) right here if you haven’t done so. If you’ve been thinking about contributing, now is a great day to do so. I’ll be going live on Facebook Live to take questions and chat with you guys at 1 p.m. and Kyle Boone will follow me up after that.

We’re excited about helping out, even in a small way, and excited about building a great website for you guys. Now we can do both. If you come back to this post at 1 p.m. (or go to our Facebook page), we will be live to chat and encouraging you guys to contribute to Pistols Firing while simultaneously helping those in Houston.

Here are our chats from earlier today.