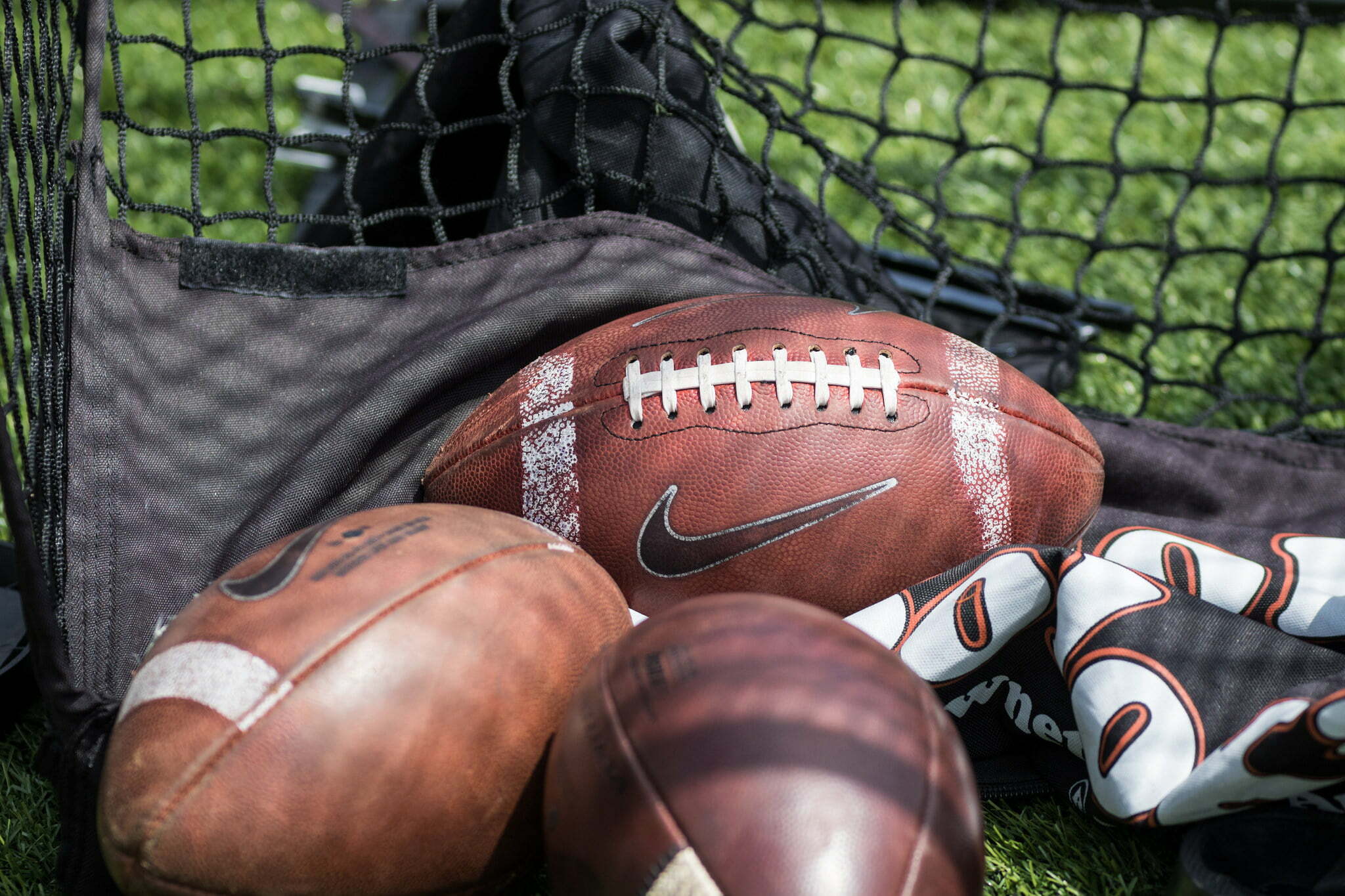 I wrote in May about why in the world anyone would ever pay for free stuff, and what that means for the future of PFB. This is an unofficial Part 2 to that post.

I’ve been saying for a few months now that we were going to start asking for reader support to help run PFB, to which some of you are probably saying, stop talking about it, just let us pay you!

That time is forthcoming soon. Everything is more or less set, although we’ve had a few issues with implementation (as you’ve probably noticed with site outages over the last week), but first I want to be forthright about where we stand as an organization and where we’re going.

Like I briefly discussed a month ago, the lifeblood of any media organization (or really any organization at all) is its fanbase. In fiscal year 2015-16, Oklahoma State’s athletic department generated nearly $100 million in revenue, and $22 million of that was in ticket sales. Most of the rest of it was either directly or indirectly because of its wide swath of followers and supporters.

And why wouldn’t you buy tickets and gear and watch games on TV? It’s a tremendous product right now. You get to feel good about supporting kids trying to achieve their dreams, and those Saturday afternoons and evenings in Stillwater are priceless. You get much more than you paid for in many cases.

Media is a bit different, of course, but the general concept is the same: Subscriptions or donations or contributions (or whatever you want to call them) drive revenue which drives a better product which drives subscriptions and so on.

Many of you have heard about what’s going on with ESPN right now. Folks like John Clayton and Andy Katz are losing their jobs because their subscriber base is falling off a cliff. You can argue about why that’s happening, but it doesn’t much matter to me. It only accentuates the point that I’m making. Without a dedicated subscriber or contributor base that supports your product, you won’t have as robust a product. Full stop.

Our economics on this site are obviously wildly different from ESPN’s as a whole, but the time has come and is coming (again) for media organizations (because we’re sort of beyond being “just a blog” at this point) to be more reader-funded than they are ad-funded. Again, that doesn’t mean ads are going away in the short term, but it does mean there needs to be a better long-term plan.

Historically, publishers (such as Pistols Firing) that distribute information have always had two side-by-side streams of revenue. The first is the recipient of that information (you) subscribing. For all but the last 15 years, this was a newspaper or a magazine.

The second has been advertisers that want to influence or reach recipients of that information (again, you) but don’t have a great way of doing it. With the rise of the internet (and largely, how it rose), everyone sprinted to the second stream (ads) and forgot about the first stream (subscriptions). But that’s starting to change. It’s been a bit backwards, but publishers are starting to reduce their dependence on ads and increase their dependence on readers/watchers/listeners.

In fact, the New York Times recently started making more from its subscribers than from its advertisers. That’s a big deal. If you’re at all interested in how all of this works, you should read this fascinating piece about the NYT and the future of online publishing.

The Times has reached another important milestone. We now make more revenue from our subscribers than we do from our advertisers.

Why am I telling you all of this? Well, I want to be honest about the position I’m coming from and the fact that this is not a scheme I’m devising to become incredibly wealthy and buy Travis Ford’s old house, but rather a plan for how to build a 20-year business.

The only thing I’ve ever cared about with this site is creating and delivering a smart, humorous product to you to (hopefully) enhance your enjoyment of Oklahoma State athletics. That’s the only thing that really fires me up.

I’ve agonized over all of this for so long. It has kept me up night after night for the last few months. Mrs. Pistols wants to lock me away, I’m sure. Kyle Boone is exhausted with my Slack DMs.

We as a society (where are we at in society?) are in the infancy of the transition from a mostly third-party ad-supported web to a mostly reader-supported web so all of this feels really weird to say. But in five years or maybe 15 years, it won’t be weird. It’s happening. This is how the magazine and website Mother Jones recently put it.

(This) can be something the audience is forced to do (via the paywalls you’ll find at the New York Times or the Wall Street Journal) or something they choose to do, as in public radio.

At Mother Jones, we’ve gone the latter route: Our mission is to make our journalism accessible to as many people as possible. Instead of requiring you to pay, we bet on trust: We trust you’ll recognize the value of the reporting and pitch in what you can. And you trust us to put that money to work—by going out there and kicking ass.

PFB isn’t really a traditional journalism outlet and the value you take away isn’t from our reporting, but the concept remains. There will be no paywall, we simply trust that enough of you like the product enough to help us by supporting it. By helping us kick ass. Public radio for OSU sports. I like that.

This site will almost certainly never cost anything. It will quite likely always be free. Again (picks up megaphone and screams into it) This not a paywall. I want to reiterate this ad nauseam. If you can’t afford to support the site, you can still read every single word I write about Justin Gilbert’s barely-on-life-support NFL career.

However — and this is an interesting aside — many of you can afford it. I was stunned to see how many of our readers make over $100,000 a year in our recent survey. What do you people do?!

As it relates to reader support, think of it this way: Imagine your college self and how much you would have loved to have something like PFB around to read, discuss and enjoy. Now imagine the fact that you likely could not have afforded to support a place like PFB. But now you can keep it rolling for the next generation and so on. You have already partnered with us by giving your time and proselytizing the site to any and all that will listen. Now you’ll be able to roll it forward with a couple of bucks a month.

This is a revenue stream that has become necessary if not inevitable. Those who can afford to push the site forward or have a financial incentive to make sure it never goes away, should do so. This happens all over the internet, whether you realize it or not. If you want more than X articles a month on Tulsa World, you have to pay. If you want to read Robert Allen’s insider thoughts on the Cowboys on Go Pokes, you have to pay.

It even happens at places you don’t think it’s happening. So many sites are implicitly subsidized by your money. Does ESPN.com make money? Maybe, but that digital component can be floated by your cable bill if it needs to be (or it could, until everybody started cutting cable). You are a subscriber to ESPN.com whether you realize it or not.

So what are we going to do with the money you support us with? Here are five things:

We are eons away from where we were at the beginning, but we still lack in so many areas. Boone could use some help with recruiting, our baseball coverage could be better, we could do the non-football/basketball sports better. One of the joys for me over the last few years has been paying young writers to come in and tear it up. Making (small amounts of) money to opine about college hoops in your spare time? What a world! I’d like to fill out our staff and maybe even hire somebody full-time at some point depending on how this goes.

This one has become painfully obvious to me in the last few months. One of the most common things I heard on the survey last month was how poor our editing has been. Grammar errors, typos, etc. I am culprit No. 1, and to be taken seriously as an organization, this needs to change. We have to have the resources to edit better. We could also use a producer for our various audio and video productions, whatever those look like in the future.

Vox.com editor-in-chief Ezra Klein spoke recently about how fractured all of social media has become. Nowadays you make content for Twitter specifically and for Facebook specifically and for Instagram specifically. This is a conundrum for PFB as a publisher because it is often those organizations who are making money on our content (and everybody’s content — we’ve all been snookered!) There is not a financial incentive for us to pump content on those channels and so our resources are thrown into the dot com side of things. For a more thorough social presence (which I presume everyone more or less wants) we would need to have that financially floated elsewhere.

This obviously goes hand in hand with the first three. We’re getting closer on this one, but I would love for this to be the only place you ever need to visit for Oklahoma State news, opinion and entertainment. To do that we need to have folks helping with setting up interviews, planning for the site on an editorial level, working on graphics and a variety of other things that NOBODY TOLD ME WOULD BE NECESSARY WHEN I BOUGHT THIS SILLY DOMAIN NAME SIX YEARS AGO!

This won’t be immediate, but we need to have a more customized, better site in the long run. Hopefully even one that is less dependent on ads (depending on this experiment).

So what will you get in return for your contribution? Well, you will continue to get a great Oklahoma State sports site. That’s all I can promise for now. I’m confident we will be able to delight those of you who choose to support in ways outside of just building a better site, but for now our primary goal is to become the most interesting and entertaining place to receive digital news (words, videos, podcasts and more) about Oklahoma State athletics in 2017 and beyond.

That’s a lofty aim but one I’m confident we’re headed towards.

Intriguingly, the impetus for all of this was hiring Kyle B. two years ago. His sweat equity proved to me that the ceiling for this place was a lot higher than I originally thought. We’re not covering recruiting well, his excellent work said to me. And now I see how much better we could be in a wide array of areas with more (and better) voices than just my own.

So there you go. There it is. The contribution buttons will be live soon. I will have a landing page that lays our our goals and how close we are to achieving them. The future is crowdfunded sites that will scale because they’re awesome and because you love them.

I’ve taken this endeavor very seriously, and I don’t ask for your support lightly. That’s why I’ve written like 10,000 words on it over the last few weeks. I hope we’ve earned your trust over the last 77 months of posting about OSU sports.

And, as always, thank you for your support of Pistols Firing.