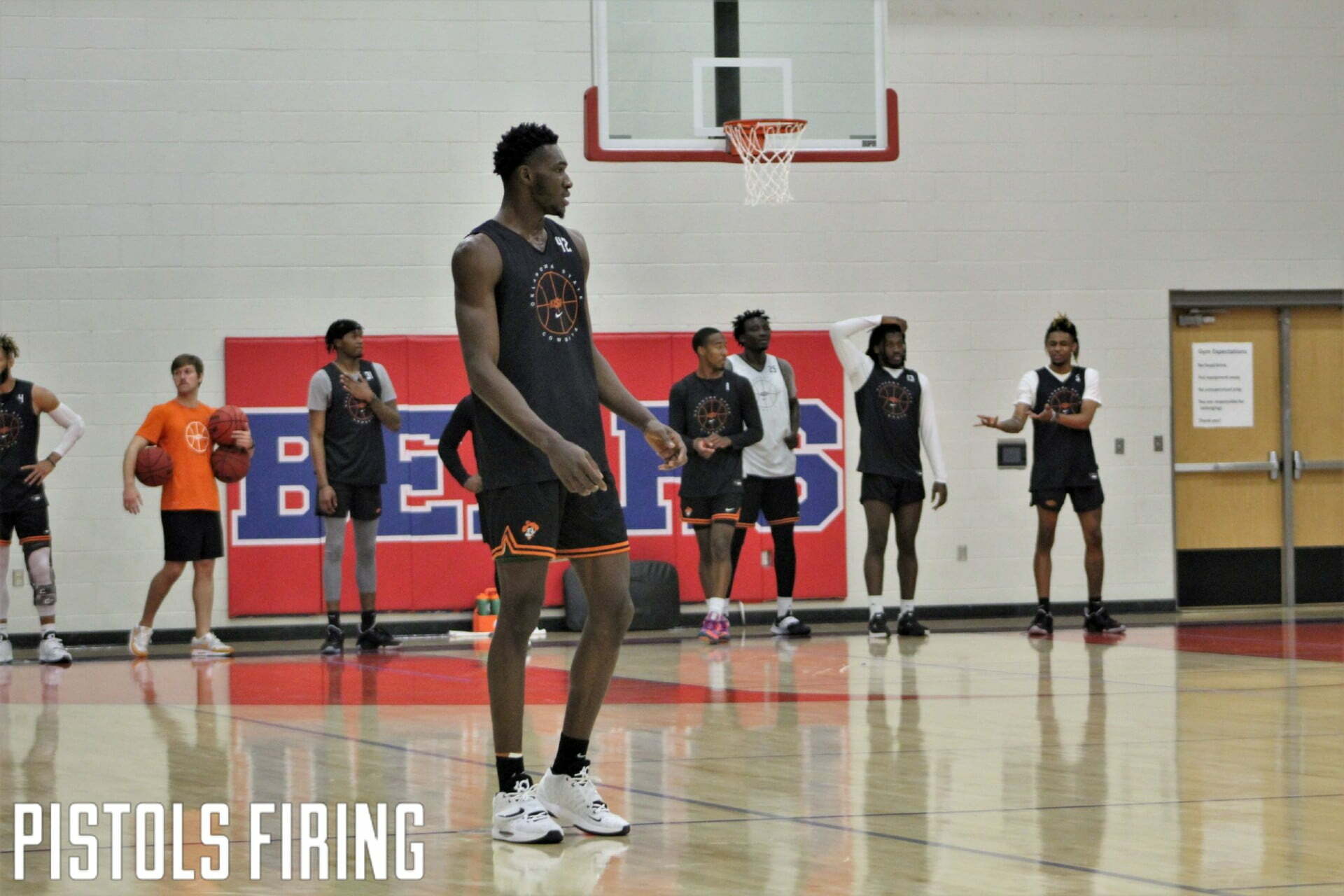 OKLAHOMA CITY — For the first time in a long time, the Cowboys hit the road to practice in front of fans.

Oklahoma State held an open practice at John Marshall High School in Oklahoma City on Sunday afternoon. There were a few hundred fans in attendance. After the practice, fans got to go on the floor and take pictures and get autographs from their favorite Pokes.

“These people care so much about our program,” OSU coach Mike Boynton said. “I feel good that we’re giving them a product that they can be proud of again. Hopefully that leads to more people showing up in Gallagher, to be honest, and the atmosphere getting back to where the people who were around in the early 2000s remember what it was like.”

The Cowboys practiced at John Marshall ahead of the 2018-19 season. Boynton said there is an NCAA rule that prevents OSU from jumping around different OKC gyms, something recruiting related, so John Marshall’s gym has turned into somewhat of an OKC base for the Pokes.

For the most part, it was a normal practice. The Cowboys started with a shootaround before stretching and going through some defensive stance drills and going on from there. The fans oohed and ahhed on dunks from Moussa Cisse and Bryce Williams. They clapped has Chris Harris and Keylan Boone hit 3s.

The practice ended with some fan interaction. Boynton had three children in the audience come out and shoot free throws in front of the team. A related note: look out for John Marshall’s basketball team in seven or eight years. An older fan also came out for a shot. The fan struggled to get the ball up to the rim, so bouncy sophomore Matthew-Alexander Moncrieffe caught the last attempt and turned it into a thunderous alley-oop to a chorus of cheers.

Isaac Likekele was the only player who made the trip to John Marshall in 2018, making this one of the first fan engagement opportunities for a good chunk of the roster, especially because of the pandemic. It was an overall success.

“I just feel like other teams around the state really don’t do that,” former Putnam City-West standout Rondel Walker said. “Some fans, we have some older fans here, they can’t really travel like that, so being that we’re 10, 15 minutes away from them, I feel like that’s great for Coach Mike to do, something to think about that not a lot of coaches think about.”

Speaking of Moncrieffe, the former four-star recruit hit a 3-pointer over 6-foot-10 Moussa Cisse during a 5-on-5 portion of the practice.

It’s notable because Moncrieffe didn’t even attempt a 3-pointer in his freshman season. A 6-foot-7 athletic anomaly, Moncrieffe was impressive as a freshman, averaging nine points and 5.3 rebounds a game. Offensively, he is expected to be a piece of the puzzle that makes up Cade Cunningham not being on this season’s team.

It’s not that Moncrieffe needs to be a sharpshooter from deep, but if he can at least keep defenses honest on the perimeter, it will only help his basket-attacking, slashing style.

“He then changes who we can be from an upside standpoint because it’s an element of his game that he’s not had as a part of his package,” Boynton said. “We want him to continue to work on that and gain confidence. One of the ways you do that is not just working out, but then doing it practice.

“… It’s something that as we continue to work on his skill development, it’ll be an area we focus on. But I wouldn’t imagine he’ll be a guy shooting four or five 3s a game for us at this point.”