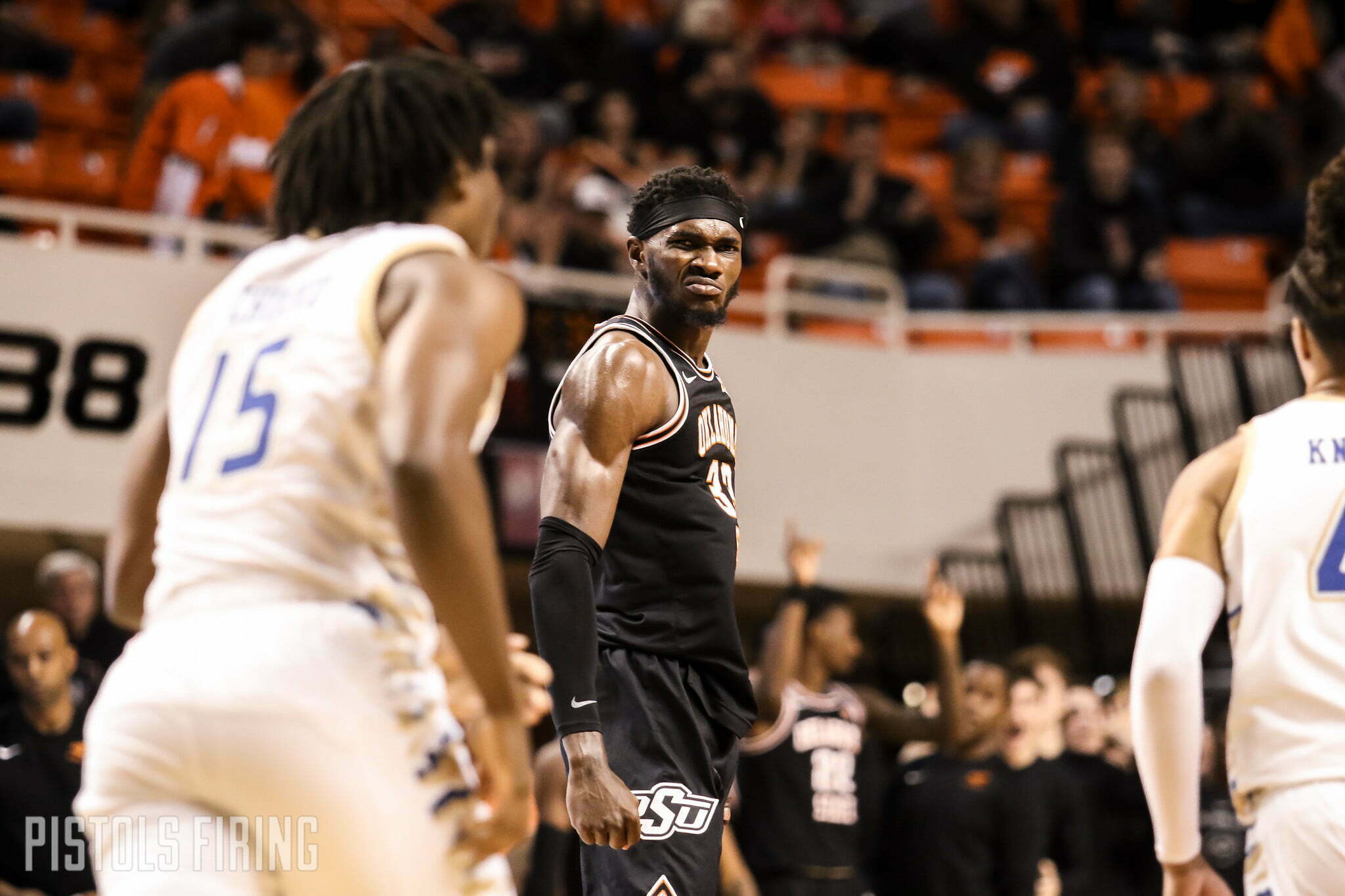 STILLWATER — For much of the early part of this season, Moussa Cisse, Kalib Boone and Tyreek Smith have been able to bully teams in the paint, but against the best team the Cowboys will have played to this point, the Pokes’ frontcourt will face its biggest test thus far.

Adama Sanogo leads the Huskies frontcourt, and while he might not be as tall as Moussa Cisse, Sanogo won’t be easily moved off the block at 6-foot-9, 245 pounds. And even if you do get Sanogo on the perimeter, isn’t as simple as leaving him out there, as he is 7-for-14 from 3-point range this season while averaging 18.5 points and seven rebounds a game. Through Tuesday’s games, Sanogo ranks ninth in KenPom’s national player of the year standings.

If that name sounds familiar, it’s because at one point the Cowboys were thought to have a shot at Sanogo. Sanogo had the Pokes in his Top 10 way back when before he ended up at UConn.

“I recruited Adama myself for a while,” Boynton said. “I might’ve been right on that one. You either get them or you don’t in recruiting. Being close, we’ve been close on a few. It doesn’t really matter when you’re close.”

Alex Karaban is the Huskies’ other starting big. A 6-8, 210-pound redshirt freshman, Karaban is averaging 10.4 points a game this season while shooting 40% from 3.

The game will likely start out with Cisse matched with Sanogo and Boone on Karaban.

The bench matchup will also be interesting between Tyreek Smith and Donovan Clingan. At 6-9, 217 pounds, Smith is known for his power, but Clingan is an absolute unit at 7-2, 265. Clingan is more of a traditional big — he isn’t going to shoot a ton of 3s and is making only 56% of his free throws. But, you just can’t teach that kind of size.

Sanogo and Clingan haven’t shared the court a ton this season, but the matchups could be even more interesting if they do Thursday.

This game will be a good measuring stick for OSU in a lot of ways, but it starts down low.

“That’s why we recruit like we recruit — we expect to play against teams like this,” Boynton said. “I’m excited to see them in this challenge to play against guys who they gotta really work. Those guys have done a really good job of really dominating the glass on both ends, and it won’t be as easy.”