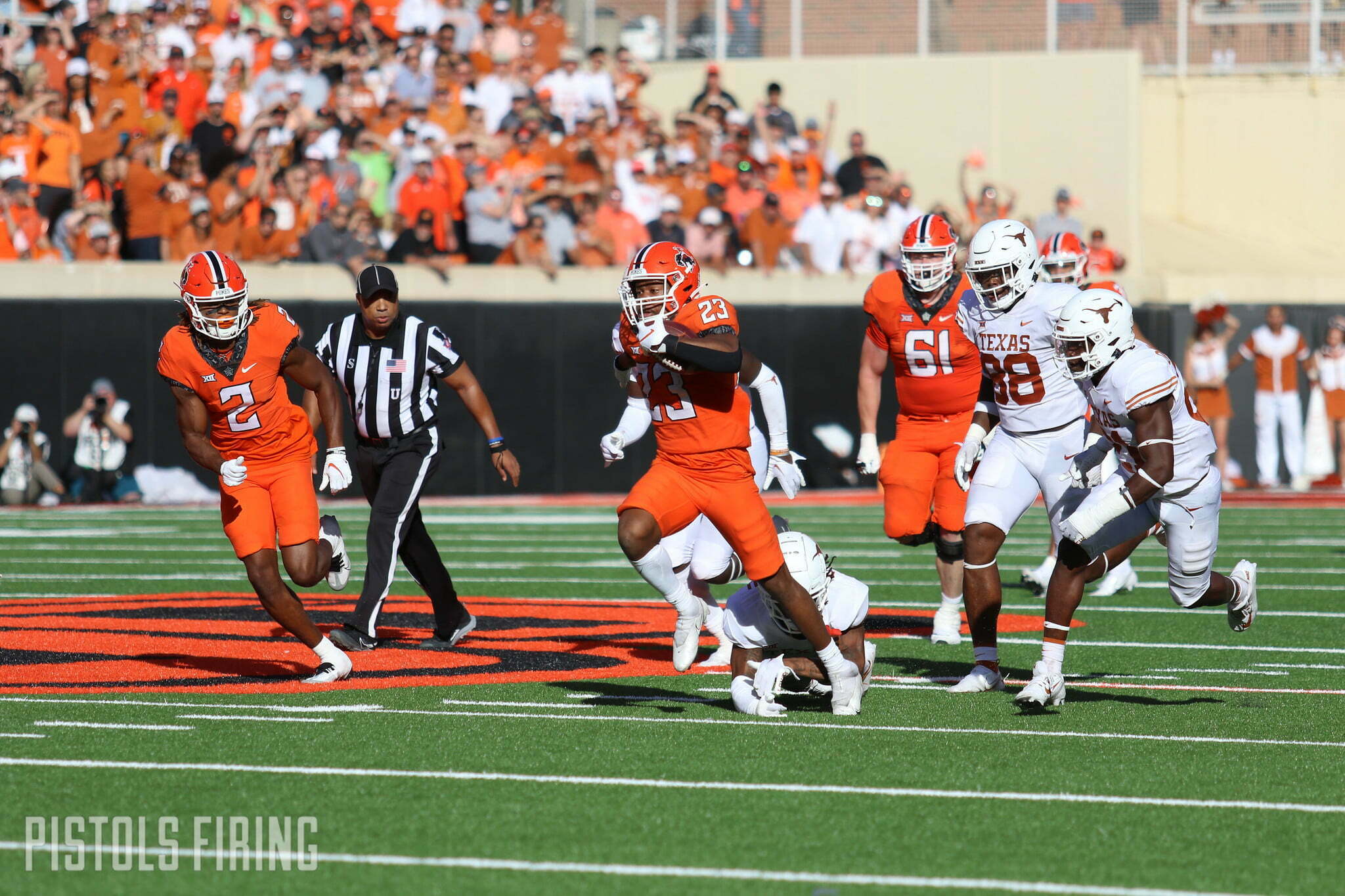 Oklahoma State had to spend just one week outside of the Top 10.

The Cowboys had dropped to 11 after losing in double-overtime at TCU, but they’re back in it the Top 10 after their comeback win over Texas.

OSU landed at No. 9 in this week’s AP Top 25. The Cowboys are also ninth in the latest USA Today AFCA Coaches poll.

TCU moved up to No. 7 with its win over Kansas State. The Wildcats fell to No. 22 setting up another ranked-on-ranked matchup for the Pokes this weekend. Texas fell out of the Top 25, sitting just outside with 38 votes at what would be 26th.

Future Big 12er Cincinnati moved from 21 to 20 after beating SMU on the road.