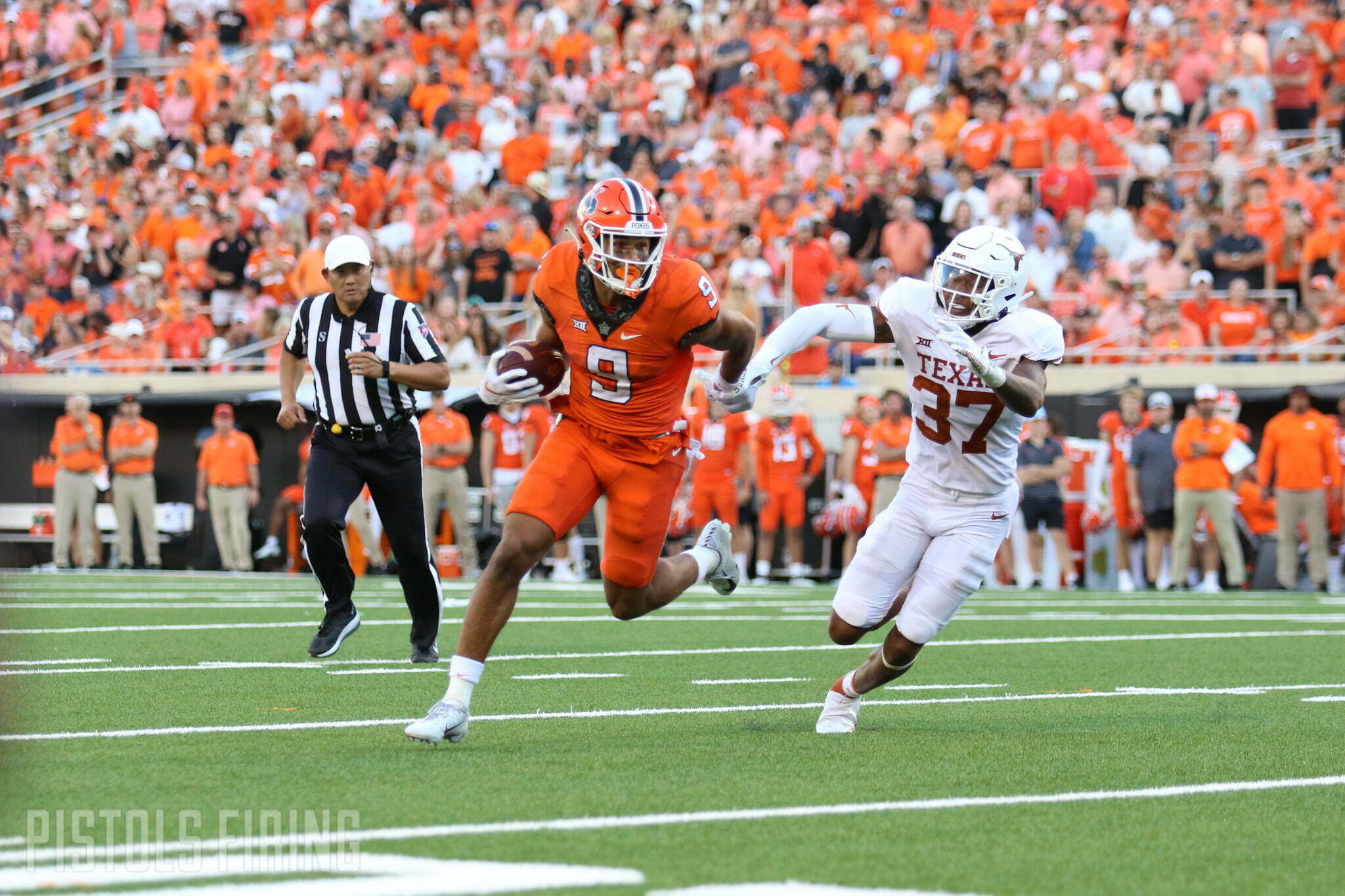 The Cowboys climbed back into the Top 10 in the USA Today AFCA Coaches poll, landing at No. 9, after a gutsy come-from-behind win over then 21st-ranked Texas. The Longhorns fell out of the Top 25.

We’ll take a look at where the rest of the Big 12 landed in the ranking, but first here’s a look at the Coaches Top 25.

TCU climbed one spot to No. 7 after dispatching Kansas State in primetime. The Wildcats fell from 17th to 22nd in the ranking setting up a ranked-on-ranked matchup for OSU in Manhattan next Saturday.

Future Big 12 school Cincinnati remained at No. 19 after edging out SMU 29-27 on the road.