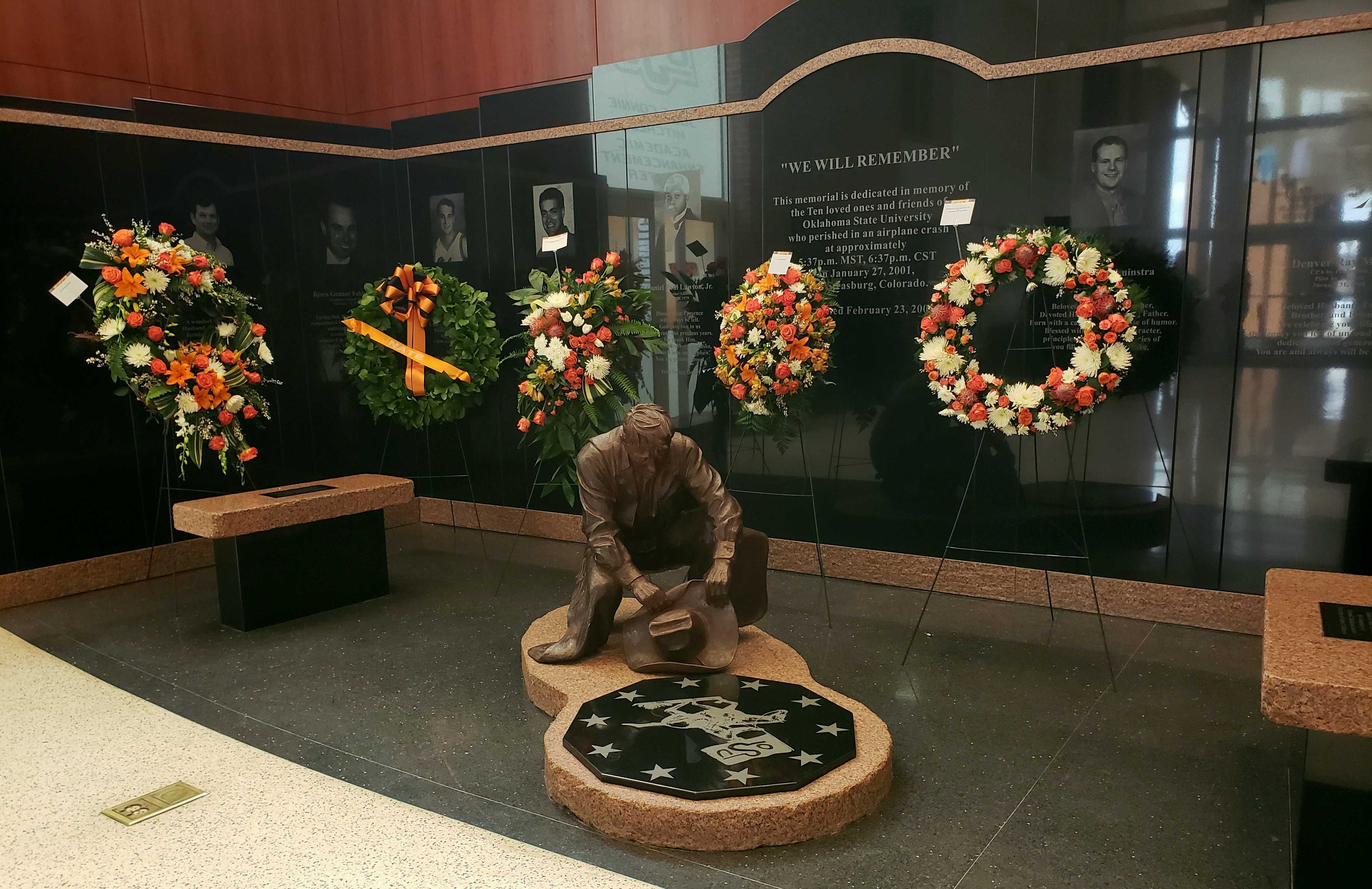 STILLWATER — Saturday will be another first for the Cowboys’ newcomers.

On Jan. 27, 2001, a plane carrying 10 members of the Oklahoma State family crashed on the way back from a game in Colorado. There’s a memorial in Gallagher-Iba Arena’s south lobby, and every year OSU honors Kendall Durfey, Bjorn Fahlstrom, Nate Fleming, Will Hancock, Daniel Lawson, Brian Luinstra, Denver Mills, Pat Noyes, Bill Teegins and Jared Weiberg at a game.

There aren’t many memories of that day from current Cowboys on OSU’s roster, — freshman Duncan Demuth pointed out he was only 2-years-old in 2001 — but the legacy of those 10 individuals has been passed down to that group just as it was with OSU coach Mike Boynton when he came to Stillwater, and just as it will for Cowboys to come.

“It’s just a matter of just telling them about it, making sure that they’re aware of when we talk about appreciation that that’s part of it” Boynton said. “We talk about having a responsibility greater than just how you play personally. You’re representing those folks too and their families and what it meant to them to be a part of this program.”

Lindy Waters, a junior and a team captain, said it’s important to pass on the groups legacy just as the seniors educated his group of freshman.

Demuth said he first heard of the tragedy while on his official visit. As part of the tour, the prospective Cowboys see the memorial outside of the academic center. Demuth said Boynton has since placed a big impact on it with the freshman class.

It’s something Boynton has learned a lot about, too. Boynton said he met the families of the deceased his first year in Stillwater as an assistant. Boynton said he left on a recruiting trip for Kendall Smith when he found out he was supposed to be back in Stillwater the next morning for the Remember the Ten Run. So, Boynton flew to Oakland and back all in one day to be there the next morning.

“I wasn’t flying on a private plane, no one was offering me plane time at that time,” Boynton said. “I got back really late, and I got up here the next morning. I was a little tired, but when I got here and all those families were here just to say thanks to me for being there, it woke me up. It changed my perspective.”